A rich, likely divisive take on a dystopian world out to eliminate emotions 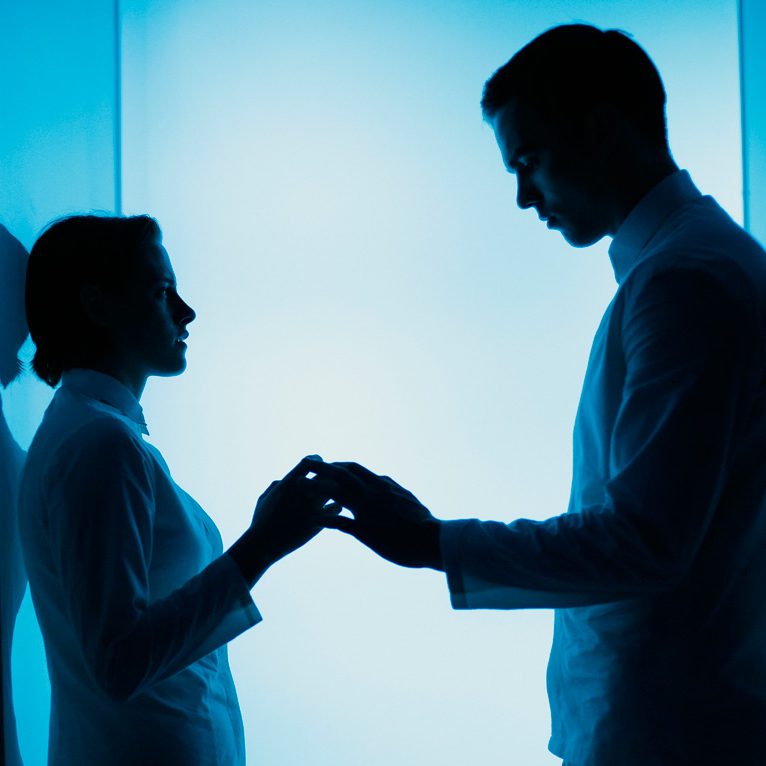 The following review was originally published as part of our 2016 Tribeca Film Festival coverage.

Surely you’ve been asked this question once or twice at a dinner party: what’s a movie you liked that everyone else hated? For the jury’s consideration, here we present the case of Equals.

It’s a film that very well should not work, and for many it already hasn’t. But what some disliked about Equals were precisely the things others (including this critic) appreciate. Many found its hushed tone monotonous; it’s singular and minimalistic. Some will declare its script simplistic, but its tender naiveté is one of the movie’s many strengths. Equals is about what it’s like to learn to experience emotion, as if for the very first time. The feel of water against your skin, the touch of someone’s hand, and the moment of anticipation right before a kiss are treated as elemental. To watch Equals is to remember what it is to be human.

Directed by Drake Doremus (Like Crazy) from a script by Nathan Parker (Moon), the film is not without its flaws. Equals takes place in a dystopia that strongly recalls The Giver and THX 1138: in the near future, feelings are treated like a disease, blocked with a daily regimen of pills known as “inhibitors.” The affliction of emotion is known as “Switch On Syndrome” (yes, that’s S.O.S. for short), and those who begin to experience its symptoms are sent to the Defective Emotional Neuropathy center, which they are either rehabilitated or killed.

But who exactly enforces these codes? For a society driven by the policing of emotions, Big Brother doesn’t appear to be watching all that closely. The characters rebel and move about with relative ease. And if opting out of the system altogether is only one train ride away, why doesn’t everyone just get up and leave?

For all of Equals’ world building, it never seems all that interested in adhering to the rules it sets up, which shift more often than the colors on a mood ring. If the film sometimes doesn’t work on a logical level, what makes it so effective is how deeply and beautifully it registers on an emotional one. In that sense it recalls Avatar, a movie that resonated powerfully in the moment, until you were left to think about it afterward. But for all of Equals’ 100 minutes, I sat with rapt attention, luxuriating over its imagery.

The film’s visual texture is appealingly monochromatic. Cinematographer John Guleserian worked on Breathe In and Like Crazy, Doremus’ previous romantic dramas, and his approach here is similarly intimate. Filmed heavily in close-up, every scene of Equals appears to take place at early dawn, the actors filtered through steely blues. That muted palette gorgeously externalizes its emotions. When Silas (Nicholas Hoult), who has been diagnosed with Switched-On Syndrome, first encounters Nia (Kristen Stewart), he recognizes a kindred spirit. Known as a “hider,” she’s like a clenched fist — someone with the ability to feel struggling to hold it all in.

Stewart’s performance is particularly key. She’s never been an overly expressive actress, and in films like Twilight and Snow White and the Huntsman, it’s often felt as though she’s holding something back. Dressed in a David Byrne-like white suit with cool, slicked-back hair, Equals wisely plays to her strengths; Stewart perfectly modulates her character’s seething repression, which is always on the verge of boiling over. This is a young woman at war with her own body. “We cured cancer,” a male superior explains. “We cured the common cold. We can cure S.O.S.” But the question remains: is being saved from her emotions something Nia really wants?

Parker’s script underscores this volatile tension well. The first time they have sex, Silas compares it to a natural disaster. “It’s like a little tornado going around,” he explains. Nia finds herself at a loss for words to describe what she’s feeling. “I just want you to take everything,” she says. “I don’t know what it is. I just want you to take it from me.” Their exchanges treat the heart as a grenade with the pin pulled.

Like last year’s Carol, Equals is about the revelatory power of the gaze and what happens when that sublime potential is realized. After visiting a support group for people living with Switched-On Syndrome, one of the other members, Bess (Jacki Weaver, affecting in a small role), presents Silas and Nia with a choice: escape. When she first came down with the affliction, Bess met a man who offered to take her to “the peninsula” with him, a mythical place where people are free to start a new life. She assumes, however, that the man was killed on his journey. In Equals, love is a life or death situation.

The film’s final destination may be familiar, especially if you’ve ever seen a Shakespeare play, but that’s not to its detriment. Equals is composed of small, sensual moments which build to a climax that feels both gut-wrenching and potently universal, like an old torch song to which you already know all the words. The result might not be to everyone’s tastes, but some viewers won’t be able to get it out of their heads.