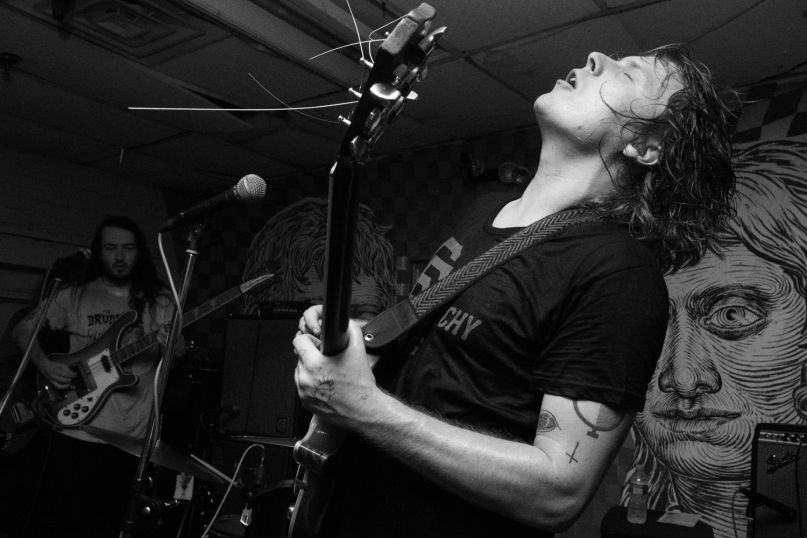 Venues come and go all the time in New York City — that’s the nature of the beast — but few have left an impression half as large as Death By Audio. Shit, to even call DBA a venue is to only tell one part of the story; those who frequented the space know that it was also a recording studio, an effect pedal workshop, and a home to a rotating cast of artists and musicians.

DBA held a special place in the hearts of those who played there prior to its closing in November 2014, but perhaps nobody loved the old dump better than California garage rocker Ty Segall. It was, after all, the locale of his first NYC show in 2008. Segall is one of 26 musicians to appear on Start Your Own Fucking Show Space, a new comp featuring live performances recorded over the venue’s final month. Other artists on the tracklist include everyone from Brooklyn locals A Place to Bury Strangers and Parquet Courts to out-of-towners like Segall, Thee Oh Sees, Downtown Boys, and many more.

Today, we’re honored to premiere Segall’s wild and reckless contribution to the comp, “Wave Goodbye”. Dude’s got a lot more to offer than one measly track, though. The deluxe vinyl bundle of Start Your Own Fucking Show Space features a bonus LP of Segall’s first NYC set, recorded live at DBA on September 28, 2008. Blast from the past and straight to your cranium, baby.

The 3xLP and digital formats of the comp are due out August 5th via Famous Class. Segall’s bonus vinyl is a one-time pressing of 1000 hand-numbered units and will never be released digitally, so you’d best get on that while the getting is good. In the meantime, wet your whistle with “Wave Goodbye” below.