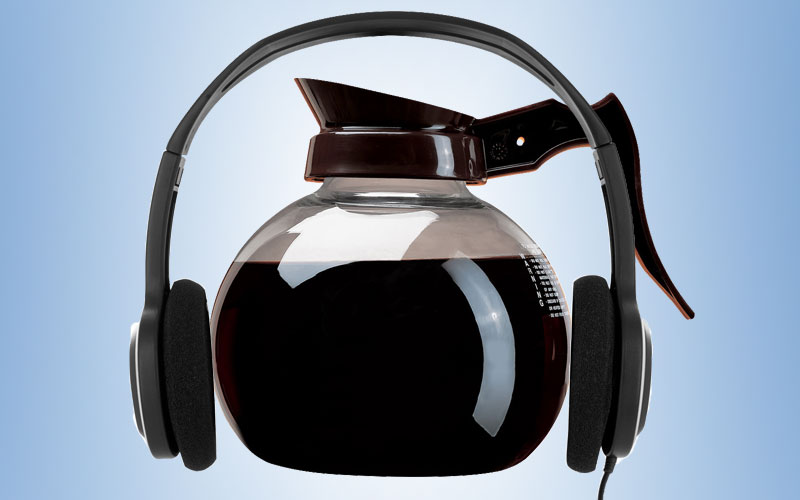 Sometimes it can be a struggle when your new favorite band comes through town to play a mid-week concert somewhere. Sure, you’re in for an awesome night out, but you still have to get up the next day for your job or school. So it’s understandable if you want to grab a cup of coffee to kick off the morning — but you might want to think twice about that. A new study has found that caffeine might actually hinder hearing recovery following exposure to loud noises.

Published via JAMA Otolaryngol Head Neck Surgery (via PubMed) and conducted at the McGill University Auditory Sciences Laboratory, the study involved exposing three groups of female albino guinea pigs (because science) to caffeine, 110-dB “pure tone sound,” or both. The caffeine was administered on each of the 15 days of the experiment, while the “acoustic overstimulation events” were blasted on days one and eight for one hour a day.

What researchers found was that the group that received both caffeine and the audio overstimulation actually recovered its hearing at a significantly slower rate than the group that just heard the audio. On day eight, for example, the group just listening to too much noise saw their hearing almost fully recovered save for the 20 kHz range; the group getting caffeine and the noise, however, had issues at eight-, 16-, and 25-kHz frequencies.  What’s more, the severity of the hearing changes was even worse for this group after day 15.

It’s all very science-y — you can read more here or find the complete results breakdown below — but the final point is clear: Caffeine could well make it harder for your hearing to recover after loud events. The test sound was at 110-dB, and concerts generally range from 100- to 120-dB. So while wearing earplugs to a show is always a good idea, avoiding that non-fat, lite foam latte the morning after might be a smart move, too. Or at least go with the half-caff.