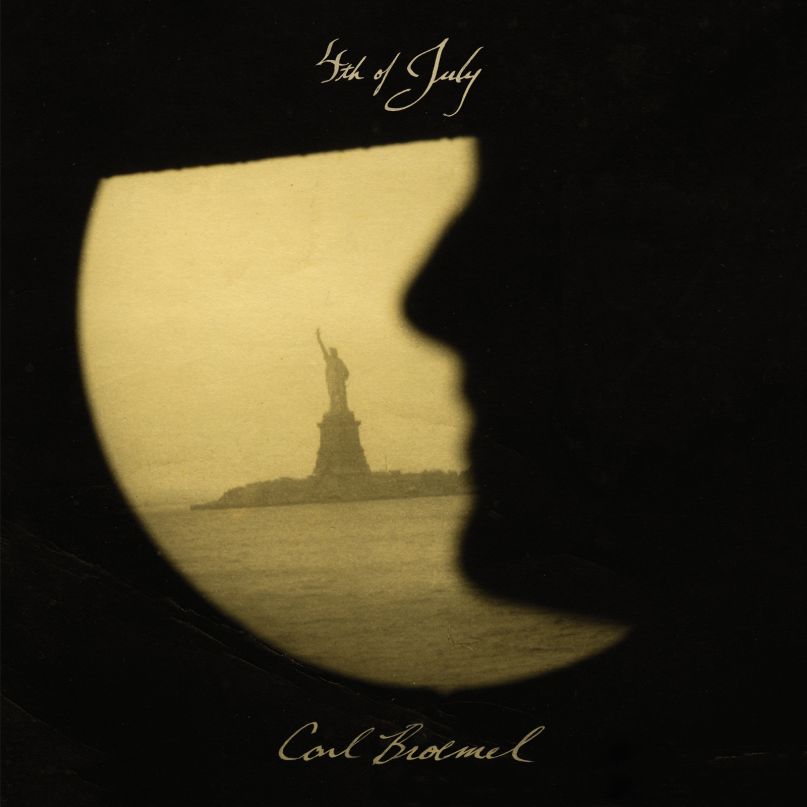 Carl Broemel is best known as the guitarist for My Morning Jacket, a band synonymous with Jim James, the cape-clad hippie Jesus whose lyrics, compositions, and unearthly falsetto have defined the group for almost two decades. On his third solo album, 4th of July, Broemel fittingly asserts his independence from James, diverging from MMJ’s huge, festival-ready rock and opting instead for warm and woodsy folk. With his immense musical talent, he sets off some serious sonic fireworks — mostly in the form of intricate guitar work. Unfortunately, though, the show is over a bit too soon on these eight tracks.

While sounding significantly different from the band he spends the most time recording and touring with, Broemel hasn’t strayed too far from the leisurely, no-worries vibe of his last solo album, 2010’s All Birds Say. His songs are infused with a laid-back, breezy ease without any real sense of urgency or intensity. In fact, the new tracks were recorded in Nashville over a very relaxed three and a half years, whenever Broemel and collaborators like MMJ bassist Tom Blankenship and keyboardist Bo Koster found free time.

The lyrics on 4th of July are simple and sweet. “Every raindrop’s the same/ You’re no snowflake,” he sings on “Snowflake”. Remember, this is the axe-murderer who shredded for four hours in the rain at Bonnaroo ’08, one of MMJ’s most legendary live sets. Here, he sounds like Randy Newman writing for Disney-Pixar soundtracks. Broemel seems to draw from Newman and other ‘70s-era songwriters like Harry Nilsson, rooting his music more in the classic American songbook than in the soul and southern rock of MMJ.

Despite the sometimes saccharine lyrics, Broemel’s musicianship is just as impressive and sophisticated as might be expected from someone named one of Rolling Stone’s “New Guitar Gods.” Midway through “Snowflake”, the acoustic guitar halts and suddenly speeds up into a fingerpicked, Grizzly Bear-like coda, layered with insistent drums and playful whistling. More expertly crafted guitar comes in the form of his pedal steel on the nostalgic “Landing Gear” and the Andrew Bird-esque “In the Dark”, the latter of which offsets the slide’s eeriness with upbeat toms and vocals.

Broemel’s gentle tenor is not the wailing powerhouse that James’ is, but it suits his serene songs. On “Rockingchair Dancer”, he harmonizes with the lovely Laura Veirs, just one of the female vocalists/friends who lend their voices to the album. Neko Case and Shelly Colvin appear on the chorus of “4th of July”; the 10-minute slow-burner is the most reminiscent of MMJ and the best track on the album. Showcasing Broemel’s full range as a guitarist, he takes a melodic, Willie Nelson-inspired acoustic solo three minutes in, then goes full Nels Cline, unleashing not one but two electric solos, soaked in reverb, drenched in delay, and backed by crashing drums. The moment is explosive, epic, and all too rare — it’s hard not to wish the album had more of these.

There is no doubt that Carl Broemel is an incredibly talented guitarist, and the pristine arrangements and hi-fi quality of this new LP showcase his ability as a producer as well. The musical path he’s taken for his solo work is vastly different from the one MMJ is on. There are less twists, turns, and surprises on this route, but it’s a very pleasant stroll. You can’t help but think Broemel must be enjoying walking it alone.

Essential Tracks: “4th of July”, “In the Dark”, and “Sleepy Lagoon”