Dinosaur Jr. – Give a Glimpse of What Yer Not 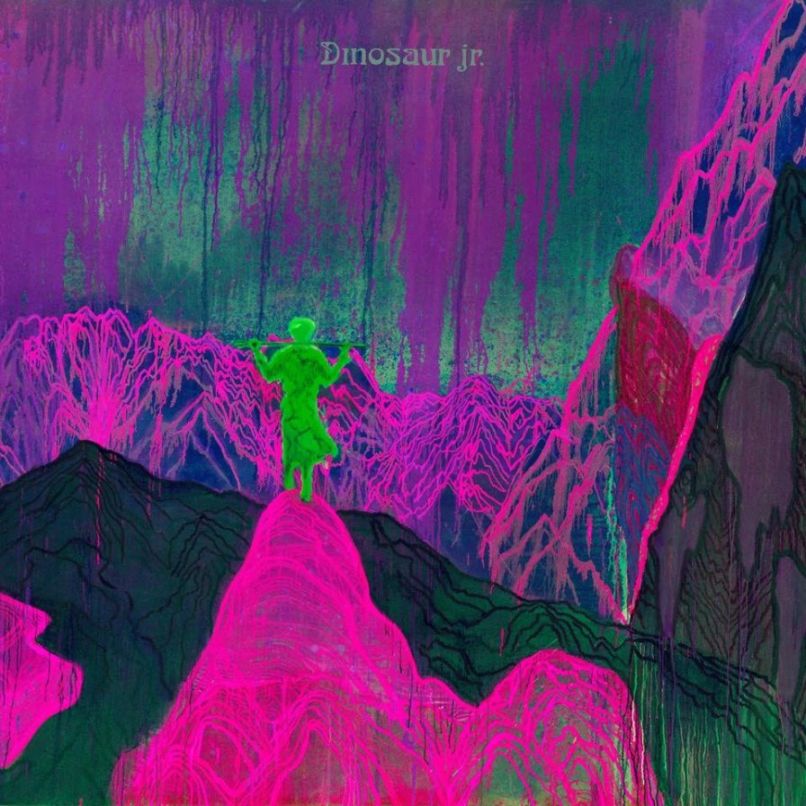 It’s been 31 years since J Mascis, Lou Barlow, and Murph released their first record together as Dinosaur. They’d release two more before Barlow would leave the band, and then another two before Murph would follow suit. After three more records by himself (and I mean, by himself — he played pretty much every instrument during Dinosaur Jr.’s time on Sire), Mascis would retire the moniker for nearly a decade, only to return with the band’s original lineup in 2007. Now, they’re releasing their fourth album as a reformed unit, one more than they created when they first got together back in the mid-’80s.

This new album, Give a Glimpse of What Yer Not, continues the band’s decades-long path of great records, filled with Mascis’ signature lazy drawl and searing guitar. While there may have been bumps in the road (the over-orchestrated “November Rain” coda of Where You Been’s “What Else Is New” comes to mind), every album released under the Dinosaur Jr. name, no matter the lineup, has been solid. But there’s something special about J, Lou, and Murph playing together again. There seems to be a balance of ideas among them, a sense of restraint that sometimes was missing during Mascis’ years alone. In fact, the last four records that the band has released may have been the best they’ve ever done. They have all the heart of early favorites You’re Living All Over Me and Bug, but with improved production quality and a world-weary sense of wisdom to boot.

Dinosaur Jr. haven’t ever really felt a need to ever change what they do. The songs on Give a Glimpse of What Yer Not might not be quite interchangeable with those on, say, Green Mind, but they’re certainly cut from the same cloth. Mascis has spent the past three decades riffing on a consistent idea, tweaking it here and there, plying it, testing it — and it’s never gotten boring. When you listen to a Dinosaur Jr. album, you expect ripping, expressive solos and half-pained whispers about love lost and friends forgotten. And Give a Glimpse of What Yer Not delivers, as ever, on that promise. Album opener “Goin Down” rips with almost hair metal-level aplomb. “Be a Part” begins with beautiful melodic noodling over a gentle, almost Frusciante-esque groove before diving into crunchy power pop. “I Walk for Miles” blazes with the sharp-edged Sabbath-ian riffing Mascis has been toying with between folk-strummed, high volume punk rock since “Sludgefeast”. It’s everything you want and expect from a Dinosaur Jr. album. Not earth-shattering or revolutionary, but really good.

Unfortunately, the record’s major weakness comes in blending in Barlow’s songs. On the trio’s past few releases, Barlow has sung a couple of songs here and there, and they’ve always fit comfortably into the band’s repertoire — after all, he was the band’s primary singer back on their first record. But the two Barlow-sung tracks on Give a Glimpse of What Yer Not just don’t fit as smoothly as, say, Farm’s Lou-led burner, “Imagination Blind”. The downtempo, acoustic “Love Is…” features wonderful vocal harmonies, but it’s already such an outlier musically that Lou’s voice feels like it’s under an especially sharp spotlight. Though not a bad song, “Left/Right” closes the record on an odd note. Dinosaur Jr.’s best records have relied on balance, and at this point Mascis has become their center, the crackling rasp of his voice just as essential to their songs as his pedal board. Giving the album’s final word to a less-than-conclusive Barlow track then feels odd, especially when it so easily could have been swapped with the penultimate “Mirror”, a track whose woozy, melancholy melody makes it a perfect closer.

Much like the rest of the albums from this incarnation of Dinosaur Jr., Give a Glimpse of What Yer Not isn’t perfect, but it’s yet another solid record from a band that has rarely sounded better. After more than 30 years, it’s thrilling that Dinosaur Jr. are continuing to hit the festival circuit and making more fans each go-around. The fact that they’re still making new music worth hearing is another reward entirely.

Essential Tracks: “Mirror”, “Goin Down”, and “I Told Everyone”