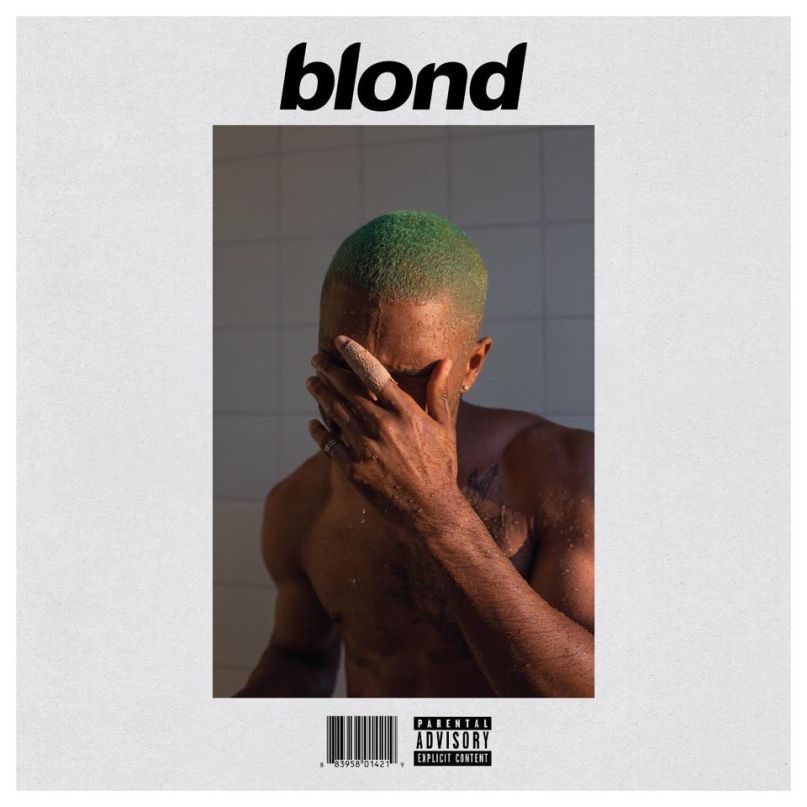 After the release of Grammy-winning Channel ORANGE and 2011’s Nostalgia, Ultra, Ocean was flooded with fame, a level of attention he avoided: dodging press, turning down guest verses, deleting his Twitter. The continuous teasing of a new record, drawn out by overeager fans, made Ocean’s return nerve-wracking, even after a live-stream video came and went, visual album Endless appeared, and a music video dropped. On Saturday, the 17-track full-length was made available — some in physical CD form for those who grabbed his zine, Boys Don’t Cry, at pop-up stores. To return with a record as spacious as Blonde takes confidence, and yet the deeper the album’s explored, the more it seems to be an acceptance of fragility. Ocean trades the accessibility of Channel ORANGE’s conventionalism for the accessibility of purified emotion. There’s a reason he needed years to create Blonde: The album’s rich with influences and thoughts, and shaving them into a cohesive full-length takes, to say the least, quite some time.

Unlike fellow surprise album artists Rihanna and Kanye West, Ocean isn’t here for radio play. The only single is album opener “Nikes”, a reverb-filled song that echoes drum pads and distorts vocal melodies. As filtered through technology as it is, “Nikes” feels deceptively human, Ocean’s voice driving like a nail between eeriness and romance. James Blake’s presence is felt for the first of many times, potentially through influence alone. Acoustic guitar plucks and triangles ring in the distance. There’s a focus on the vibe of lo-fi confessionalism though the production is undoubtedly high-fi. The list of engineers alone shows Ocean’s attention to mastering that; there’s Jeff Ellis from Channel ORANGE, Bob Ludwig (The Rolling Stones, Jimi Hendrix, Nirvana), Sam Petts-Davies (Radiohead), Matt Mysko (James Blake), Joe Visciano (David Bowie, Jamie xx), and more. He knows what he wants Blonde to sound like. The hard part is boiling it down to a manageable consistency.

The release brings to light Ocean’s trademark melange. Apple Music spells the album title with an “e” whereas Boys Don’t Cry printed Blond. Several of the zines feature alternate covers. The CD’s tracklist differs from the official stream’s. Ocean makes Blonde look like a hasty, albeit beautiful, college final. But his creative process is still fueled by perfectionism, the type which wakes up early to style intentionally disheveled hair. It’s the crinkled audio of his mother warning him about drugs and alcohol on “Be Yourself” then followed by acid tabs and lines of cocaine getting diva delivery on “Solo”. Blonde is full of rough transitions left that way on purpose.

This qualifies as minimalist avant-garde; the reflection of what’s perceived to be known and the dismantling of it into reworded lessons, something that challenges what you know, what you’ve been taught, what you’ve learned, and then questions what remains, what can be discovered, what’s still ignorantly regarded as truth. At 28 years old, Ocean grapples with this style of avant-garde in a profoundly understated way. He examines homoerotic desires (“Self Control”), fractured love (“Good Guy”), substance abuse (“Skyline To”), and family values (“Futura Free”). He looks at youth. He looks at technological barriers. Whatever the topic, the album presents his brand of minimalism in the guise of lazing. Ocean isn’t name-dropping on the upbeat. He doesn’t sketch his choruses with the production of a radio hit. He welcomes pop in grayscale tones, choosing acoustic and electric guitars over traditional synth and bass-heavy R&B.

Blonde is more than its lack of beats and it’s certainly more than Ocean’s voice. Heralding the crooner’s vocals overlooks the structural songwriting and intentional omissions in Blonde. In fact, viewing Ocean’s decision to downplay songs as an easy out is on par with the hilarious (but often stated) criticism of painters Jo Baer or Mark Rothko: “I could have done that.” Blonde is R&B minimalism that only Ocean could have made, and he created it as such so that its details emerge when they feel comfortable to do so — namely when the listener is prepared to face their similarities to his autobiographical faults with the same lack of a need for exoneration.

Blonde sways into a lull of muted production, but there’s no paucity of inspiration. As Ocean clarifies, intricate and complicated are not synonyms for difficult or grandiose, particularly when applied to collaborations. Beyoncé sings brightly, but only during the outro of “Pink + White”. Kendrick Lamar offers a few lines on “Skyline To”, but as Ocean’s alter ego. Gospel singer Kim Burrell hits heavenly notes on “Godspeed” and then fades out. Ocean prioritizes space and softness so that the weight of his influences can be felt via guests. Brian Eno, Jonny Greenwood, Rick Rubin, Amber Coffman, and more aren’t bragging rights or flaunted featured parentheticals. He calls on friends to emphasize his vision, not to draw attention to it. The only true cameos are Andre 3000 — his wordy verse on “Solo (Reprise)” takes subliminal shots at Drake — and French electronic musician SebastiAn — a recount of relationship trust in the age of surveillance-style technology on “Facebook Story”. Both remain in the walls of Ocean’s tale. Unfortunately, it’s easy to overlook the use of these contributions because there are too many influences to study. They show Ocean’s ability to simplify the saturated so only highlights remain, and in that undemonstrative fashion, Blonde delineates from the norm.

Yet for boasting such a long list of artists, Blonde rings with a singular voice. Ocean gets more personal than ever without connecting the dots. To him, they already are. “In the wake of a hurricane/ Dark skin of a summer shade/ Nose dive in the flood lines/ Tall tower of milk crates,” likely touches on his time in New Orleans during Hurricane Katrina. “You dream of walls that hold us in prison/ It’s just a skull, least that’s what they call it/ And we’re free to roam,” introduces the self-destruction of a boyfriend we haven’t met. Listeners can’t recall these vivid memories, but Ocean moves us with them regardless.

Clarity does come, but only for two of the record’s recurring themes. First, his post-coming out breakdown of sexuality. An essay in his magazine states that there’s a “subconscious straight boy fantasy” within him, but “consciously though, I don’t want straight — a little bent is good.” He stays true to that. Despite dating men in “Good Guy” and “Self Control”, he recalls a hetero fling in “Pink + White”. In the “Nikes” video, he pairs the masculinity of vintage cars with winged eyeliner. Ocean’s on a spectrum, and at times, that leaves him feeling isolated amidst his confusion. “I couldn’t say I dream of you/ Because my dreams are filled with no one,” he writes in a Boys Don’t Cry poem about his boyfriend, but then adds, “Tan lines where your watch was strapped/ You took off to make time” two stanzas later.

That state of flux extends to Ocean’s fixation on growing up. He sings about adulthood with a heavy heart, often pairing age with wavering love or the realization that he disappoints others. “That’s a pretty fucking fast year flew by,” he sings on “Skyline To” with a sense of sadness. “I run my hands through what’s left/ But we’re getting older, baby,” he sings on “Close to You”, adding: “How much longer, baby?/ Why am I preaching?” It’s an echo chamber conversation where disbelief shocks him even if he, and all of us, knows time is one of the few constants in life. Even the groove of “Ivy” can’t lighten the weight of Ocean’s words when he smashes the idea of love (“I thought that I was dreaming when you said you love me/ The start of nothing”), plucked guitar pushing him along the endlessness of childhood hope, even when tinted with pubescent dejection.

So when Blonde closes with “Futura Free”, Ocean’s longest and most heartfelt yearning for youth, it feels strangely like a combination of a depressed sigh and a loving acceptance of reality. It’s the sonic equivalent of flipping through a yearbook and feeling a pang when your eyes land on group photos and inked inside jokes. After the halfway mark, an old interview between Ocean and his younger brother plays over the “Be Yourself” instrumental. The bittersweet sentimentality of family, naivety, and dreams reaches peak pang — and Ocean feels it intensely.

“Seigfried”, the peak of Blonde, capitalizes on this feeling. Ocean recreates the feeling of distanced isolation from obsessing over the past, owning his failures behind a titular phrase symbolizing victory. “Been living in an idea/ An idea from another man’s mind,” he sings. “I’ve tried hell/ What would you recommend I do?” Muted bass tiptoes while electronics, strings, and rippling guitar whirr. When he shouts “I’m not brave,” you feel it in your bones. It’s an artist caught confronting their weakness, and Ocean does so in a way that bares all without sounding like a sloppy, sappy mess. It also boasts his best use of contributions. Elliott Smith‘s “A Fond Farewell” appears word-for-word in the chorus, its original context about overcoming addiction no doubt implied. And compared to the lyrical nod of “Here There and Everywhere” in “White Ferrari”, a sample of The Beatles‘ “Flying” shows Ocean’s research. It’s one of the few cuts from their catalog that’s underrated despite being written by all four Beatles.

(Read: August is Officially the Month of the Comeback Single)

For the first time in a long time, an artist riding on hype surfaced with an album that lives up to the very hype that lifted it. Better yet, in time, Blonde will surpass its hype. The album’s greatest feat is its ability to expand when it’s listened to in a new mindset, each reveal seemingly so apparent that you wonder how you missed it the first time. For that, Blonde should be held as an example; it’s an album of synthesized interests without sampling, without stealing, without influence-as-copyright. He absorbs his influences, pours them through a strainer, and then filters that product once again. Frank Ocean is more than his voice, and Blonde sees him illustrate all the ways in which he’s a true artist.

There’s art all over the work of Blonde, from the laughable kitsch of Kanye West‘s McDonald’s poem in print to Ocean sporting a T-shirt in the “Nikes” video printed with Jenny Holzer’s “Truisms”. Art surrounds Frank Ocean now, yet he manages to exist as an artist without an ego — or at least one who doesn’t strive to gloat. It’s possible to want to impact others without wanting the fame that follows suit, and the introverted structure of Blonde demonstrates that. As obvious as the comparison is, that spiral staircase and all of its sleek perfection was built on countless hours of work, boards and nails and shards that only stick out when you lean in to examine them. Ocean did so in making Blonde. We get to do so in listening.