On their tenth studio effort, Jake and Jamin Orral get back to weird basics 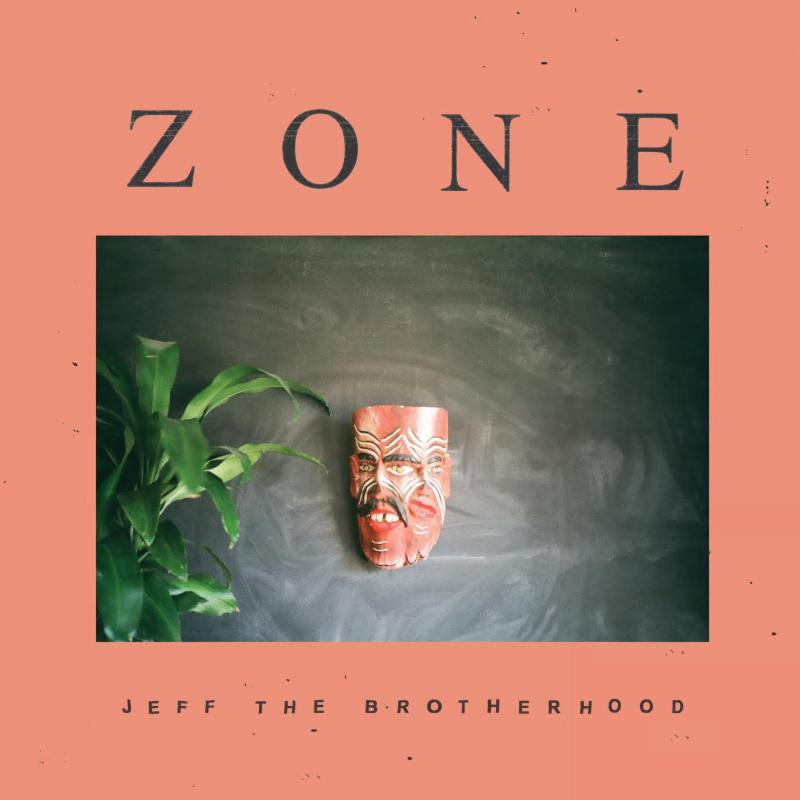 “I’m too fucking stoned to know the difference between a good time and staying at home,” Jake Orrall sings on “Zone”, the opening track from JEFF the Brotherhood’s latest offering of the same name. His brother, Jamin, provides the soundtrack to his foggy mind state, his kick drum pounding like a headache following a long night of partying.

These sort of slack ruminations are hardly uncharted territory for the Nashville duo. In fact, they’re arguably as much a part of the duo’s aesthetic as the hazy, weed-ensconced garage/punk/metal/classic rock soundscapes they’ve been crafting for about 15 years. But as perennially stuck in the doldrums as JEFF The Brotherhood might sound, you get the feeling they embrace the waywardness. If they’re too stoned, too drunk, too fucked up in general to get out of their own way, at least it still makes for a fun musical package. That’s more or less the set up for Zone, the Brotherhood’s tenth full length studio effort and third in the past year and a half.

The duo’s latest is in many ways a return to simplicity after recent sojourns into more experimental arenas. Wasted on the Dream and Global Chakra Rhythms, both released in 2015, found Jake and Jamin drifting off into the psychedelic expanse to mixed results. (Rhythms proved a more worthwhile trip than its predecessor.) But whereas those records wandered weirdly into the stoner rock abyss, Zone is a noticeably more focused listen. The record’s 12 tracks trade in a good amount of sonic sprawl for something a little tighter — which isn’t to say that the duo’s gone soft on us. They wouldn’t dare. Rather, JEFF the Brotherhood are just funneling weirdness through a different musical schism. What if the duo’s weird vocal effects, wounded worldview, and hazy garage gunk rock was given more of a pop treatment?

The end results are, on the whole, pretty good. Zone hits on a series of fun, simple-to-the-point-of-dumb guitar rock staples, including tracks that echo the guitar hero power pop of Blue Album-era Weezer (“Energy”), songs that mirror slowed-down Ramones tunes (“Juice”), and others indebted to Black Sabbath-inspired stoner metal (“Punishment”, “Toasted”). The reference points jump out, but this is more than weird homage or stylistic pirating. The Brotherhood still have a taste for curious studio trickery and fucked up effects, which they sprinkle generously atop the record to make the songs their own. When they’re not rattling the slack rock cage, the Orrals also make some honest stabs at straight-shooting pop rock. “Ox” is a bleary-eyed acoustic number that dials down the decibels, at least until Jake opens up with some guitar theatrics at the end. “Habit” opens in similarly sleepy, pop rock fashion before the duo’s lust for big rock and roll once again takes over.

Musically speaking, Zone is a slightly tweaked take on straightforward garage pop, which ultimately proves a nice counterbalance to Jake’s darker, weightier lyrics. “They swallow my head,” he sings on “Punishment”. “They’re taking my bad day under. I am a prisoner.” That’s a heavy cross to bear, but two minutes of sleazy, fuzz rock riffage swoop in to keep the tune from succumbing to its own emotional weight. There’s a lot of emotional drudgery on Zone, much of which bares itself out in many of the song titles alone. Hell, tracks six through 10 carry the titles “Idiot”, “Ox”, “Bad”, “Habit”, and “Toasted”. But it’s the Brotherhood’s playful flare for sonic wanderlust that keeps the record from feeling like the drag it otherwise could be. There was a point in JEFF the Brotherhood’s career when major labels beckoned them with promises of something bigger. But Zone offers plenty of credible evidence that Jake and Jamin still know how to have fun in their own well-dug-up corner of the sonic sandbox.