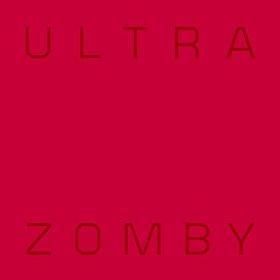 UK producer Zomby comes from an era long before a movie about EDM on Netflix or a musical about the genre sponsored by Verizon was the norm. First making waves in 2007, the eclectic producer danced between dubstep, UK garage, jungle, and eskibeat, all while finding his own footing within the electronic dance music scene and becoming a staple among enthusiasts of the genre.

Throughout his almost decade-long career, Zomby has called several labels home, with his latest full-length release, Ultra, returning to the beloved Hyperdub, with whom he also put out a self-titled EP in 2008, his first major release. While the multidimensional producer has put out music on a consistent basis since his debut, his latest offering is his first full album in three years, highly anticipated in the genre. During his reflective absence, Zomby has found himself going through a plethora of transitions, namely rooted in his now-notorious Internet beef with other artists, his reputation of either showing up late for DJ gigs or not at all, and his braggadocio on Twitter, often taking his trolling tendencies to an all-time unchill level.

While his frequently poisonous ego can get the best of him, Zomby’s supporters often took to social media to question whether or not the man behind this emotional, forward-thinking, intelligent electronic dance music had absolutely lost his mind. Internet drama hit the genre’s main tastemakers, such as Hudson Mohawke, Roska, Drop the Lime, Ben UFO, and Scuba, and even a journalist at Pitchfork, but now that his Twitter fingers have since eased up (a little), one must wonder whether Zomby dug a premature grave for himself with his pompous attitude or if his new music would be a re-introduction to the veteran producer.

On his new 13-track offering (plus the bonus download-only “Tenkyuu”), the oft-mysterious producer (who rocks a mask during his live sets) is definitely pushing new boundaries. While this is nothing too surprising given the diversity of his catalog, Ultra misses the mark consistently, relying on features from the likes of Burial, Darkstar, Banshee, and Rezzett to both gain relevance and nurse the album back to life. Of where he’s at in music, the producer says, “My next record will be produced in a beach hut and may heavily feature bong rips and high fives.” While that lighthearted approach can be appreciated, it feels as though he took his experimental tendencies a little too far on the sporadic Ultra.

What has been anticipated as his “homecoming” project — with hopes that the reclusive producer would be coming into his own again — unfortunately falls short, and ignites more inquisitive thinking and overall confusion than it curates music to vibe out to, dance to, or get lost in. While his multidimensional approach to his music has been celebrated in the past, Ultra feels like Zomby is testing how far he can push his listeners away until he’s free to go to the aforementioned beach hut and do his own thing without a WiFi connection to tempt him back into his old habits.

That said, Ultra is full of promise. Many of the tracks begin in exciting and familiar territory, such as the introductory “Reflection” or the glitched vocal relief on “Fly 2″. While tracks such as “E.S.P.”, “I”, and ”YETI” are reminiscent of the grimey landscape the UK birthed, each appear to be missing the breaks or drops that would have fans celebrating this project without question. These also make for the more tolerable of his mainly instrumental project, and remind us of the Zomby we are now finding ourselves nostalgic for.

An almost inexcusable handful of tracks appear to be missing some sort of polished quality one would expect from Zomby, such as a tempo change within the utterly repetitive “Thaw” or “I”, or his choice to include certain bells and synths in an erratic pattern on “Freeze” or “Glass”. These tracks, while experimental by nature, are executed in a way that leaves unclear whether the producer intentionally fell into what he was hoping to achieve or accidentally ended up there, without taking into consideration what he was intending to build didn’t have the same strong foundation as some of his previous work.

The album does have some high moments, such as his seven-minute collaboration with Burial, which without a doubt is destined to be championed as his strongest track on the album. For the first significant time throughout the entire project, “Sweetz” feels as though Zomby gracefully creates an intriguing soundscape as visual as it is curious, full of interesting vocal samples, vinyl crackles, and an unfolding drama that makes the longest track on the album the most cohesive.

Zomby used to hold crossover appeal, where many types of listener could appreciate the trials and tribulations expressed emotionally in his art. On Ultra, it simply feels as though something is missing, and overall, makes more sense as an appetizer than the entrée.