"Gracie Law" tells CEO Kevin Tsujihara, "I love that studio, and you're allowing it to sink" t 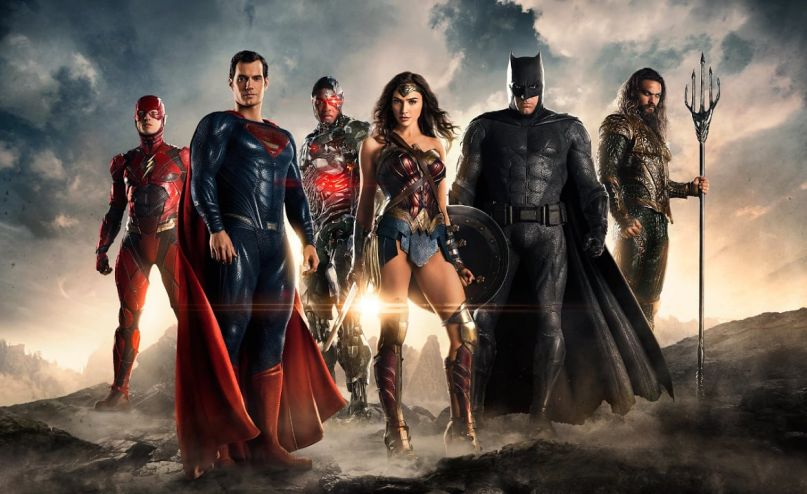 Warners Bros. Pictures has had a disturbingly mediocre last few years, and 2016 has been no exception. Their biggest releases — Batman v Superman: Dawn of Justice and Suicide Squad — were both intended to set a precedent for the larger DC Extended Universe; despite breaking records, neither is looking like a win for WB either in the box office or critics and fans’ minds. In fact, that latter film was so disappointing that it prompted one alleged former employee to lash out at studio head/CEO Kevin Tsujihara.

Using the supposed pseudonym Gracie Law, a person claiming to have previously worked for WB posted an open letter on Pajiba (via The Playlist). Law claims she actually wrote the letter a year ago but held off on releasing it because she had faith in Suicide Squad. When that, too, turned out to be a mess, she couldn’t keep it in any longer. The note recounts how over the last few years of flops — which have included critical and financial duds like Pan, Blended, Jersey Boys, Hot Pursuit, Jupiter Ascending, and The Hobbit trilogy — the studio has failed to right the ship. Law writes that there was a 10% workforce layoff in 2014, but that the people being fired weren’t responsible for the financial shortfalls.

“Zack Snyder is not delivering. Is he being punished? Assistants who were doing fantastic work certainly were,” Law writes. “People in finance and in marketing and in IT. They had no say in a movie called Batman V Superman only having 8 minutes of Batman fighting Superman in it, that ends because their moms have the same name. Snyder is a producer on every DC movie. He is still directing Justice League. He is being rewarded with more opportunity to get more people laid off … Peter Jackson phones it in and a marketing supervisor has to figure out a plan B for house payments.”

Though Law adds that though it’s not only the DC films that are causing disappointment, they are currently a major part of WB’s plan over the next few years. And according to her, things aren’t looking up with the impending release of Wonder Woman. “I wish to God you were forced to live out of a car until you made a #1 movie of the year. Maybe Wonder Woman wouldn’t be such a mess. Don’t try to hide behind the great trailer. People inside are already confirming it’s another mess.”

The trailer for the June 2nd, 2017 release debuted earlier this summer to great excitement; this is the first we’ve heard of any uncertainty with Wonder Woman. But there’s still almost a year to go, and if Law’s claims are true, there’s plenty of time for it to out.

Read the entire letter below.

“When I left my screening of Suicide Squad last week, I was angry. I was annoyed and let down and frustrated as well, but mostly I was just angry.

Look, I’m a big dork. So of course I thought this trainwreck of a movie did a major disservice to the characters, concept, cast, and crew, but that wasn’t why I was mad. Yes, it is unfathomable to me that Warner Bros could mess up a movie starring Will Smith, Margot Robbie, and The Joker so completely. But that just had me flummoxed.

I was angry because I couldn’t stop thinking about you, Kevin Tsujihara.

A lot of fans might be angry (and rightfully so) because you keep completely whiffing at properties that they are desperate to love and enjoy, but this is a little more personal for me. See, I am a former Warner Bros employee. I have so much respect for your studio. I love every square inch of that magical backlot, from Stars Hollow to the fitness center I always meant to use. The people I worked with during my time with your company are now close friends. On my last day, I hugged them and I told them I loved them.

I was also there in 2014, when you made the decision to lay off 10 percent of your workforce. It was a terrible year. Let me catch you up: Every morning I woke up with a pit in my stomach, because I assumed that would be the day I lost my job. Every day I saw someone packing up their desk, or carrying a box to their car. I can not describe to you the relief I felt when my department was told we were safe, or the guilt I felt afterwards walking through the halls of my office with that relief.

But out of all that, the thing that really sticks with me is the memo you sent to all of us. Let me refresh you on my favorite part:

I wanted you to hear directly from me about our plans for the studio. In recent days, we have started to hear rumors here at the company and to read misinformation in the press, so I’d like to set the record straight. I know that the hard work and dedication of every employee around the world is the key to Warner Bros.’ success, and I am sorry for the distraction this situation brings to the workplace.

At Warner Bros., we work with the world’s most extraordinary storytellers, and our focus has always been to provide the creative environment and financial resources they need to realize their vision. Our commitment to that won’t change. In fact, we’re investing more than ever in our film and television productions.

This is how you opened a memo about layoffs. “Hey guys, we work hard for the people telling stories here and we want to make sure those visions are realized.” The balls on you.

That year we pursued the storytelling vision of Adam Sandler’s Blended and Clint Eastwood’sJersey Boys. Failures. We pursued a potentially great summer movie like Edge of Tomorrowand completely botched its release. Same with Man From UNCLE. We dug in our heels and hoped The Hobbit Trilogy would somehow stop being a mediocre case of diminishing returns. Talented, loyal people packed their boxes and went home while your story tellers dropped the ball.One could argue that this was not your fault. That you inherited former CEO Barry Meyer’s agenda and were merely trying to correct the course of an ocean liner heading for an iceberg.

One could argue that this was not your fault. That you inherited former CEO Barry Meyer’s agenda and were merely trying to correct the course of an ocean liner heading for an iceberg.

I would not make this argument. And here’s why: I wrote this letter last year. I actually started forming it in my head after Man of Steel was a box office failure instead of the modern classic tentpole you were expecting.

I kept holding off on doing anything with it because of one title: Suicide Squad. Zack Snyder’sDawn of Justice was a fiasco, but here comes this plucky little dark adventure about antiheroes. I love David Ayer. I love Harley Quinn. I love Will Smith. Put the letter in a drawer. The ship isn’t sinking anymore. Everything is fine. There’s no way this movie is bad.

And here we are. I got back from my screening and dusted this sucker off. You, your executive team, and the vision of your ‘extraordinary storytellers’ that resulted in the loss of around one thousand jobs seem intent on crashing the ship into as much shit as you can find in the ocean by making inane decisions over and over again.

Zack Snyder is not delivering. Is he being punished? Assistants who were doing fantastic work certainly were. People in finance and in marketing and in IT. They had no say in a movie calledBatman V Superman only having 8 minutes of Batman fighting Superman in it, that ends because their moms have the same name. Snyder is a producer on every DC movie. He is still directing Justice League. He is being rewarded with more opportunity to get more people laid off. I’m assuming you yourself haven’t been financially affected in any real way. You and your studio are the biggest lesson about life one can learn: The top screws up and the bottom suffers. Peter Jackson phones it in and a marketing supervisor has to figure out a plan B for house payments.

Your uneven Hall H presentation at Comic Con this year was a ridiculous mess that ranged from rushed to boring. When Marvel announced their full slate of films with a fun fan event several years ago, you announced yours on a shareholder conference call.

You just don’t get it. And it’s not just DC movies, it’s your whole slate. Jupiter Ascending. Get Hard. Hot Pursuit. Max. Vacation. Pan. Point Break. Fucking PAN, you jerk. People lost their jobs and you decided Pan was a good idea. You think another Jungle Book is a good idea.

What are you even doing? I wish to God you were forced to live out of a car until you made a #1 movie of the year. Maybe Wonder Woman wouldn’t be such a mess. Don’t try to hide behind the great trailer. People inside are already confirming it’s another mess. It is almost impressive how you keep rewarding the same producers and executives for making the same mistakes, over and over.

If I worked at a donut stand, and I kept fucking up donuts, I’d be fired. Even if I made a tiny decent one every now and then, it doesn’t matter. I’m gonna get fired.

I love that studio, and you’re allowing it to sink. It’s not about making movies for ‘the fans’ and not ‘the critics.’ It’s not even about ‘ruining childhoods.’ It’s about protecting livelihoods.

It’s time to wake up and make the fucking donuts, Kevin.”