We asked Civil Twilight, July Talk, Peter Bjorn and John, and others to pick new anthems for the Olympic Games 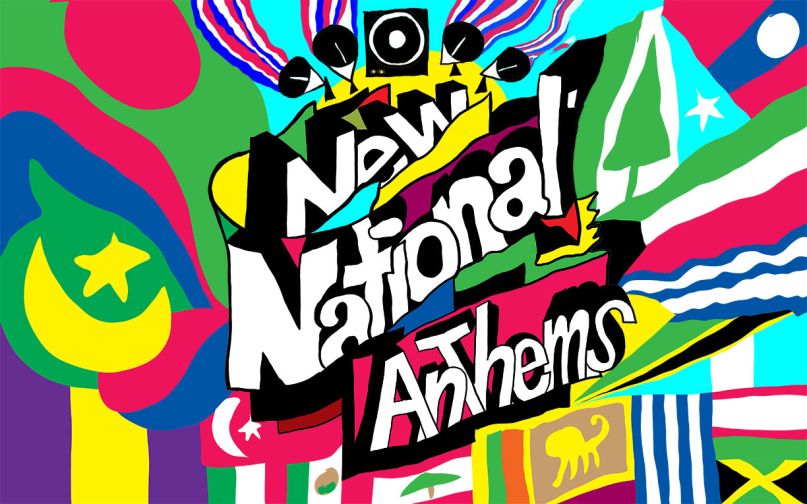 Among the many dirty secrets set to be exposed when the Olympic Games kick off in Rio this week, there’s one that irks music fans the most. Every fourth summer, we’re presented with incontrovertible evidence that national anthems kind of suck. Hell, every athlete competing this year deserves an honorary medal just for having to sit through the wildly unimaginative “Hino Nacional Brasileiro” at the opening ceremony. (Where’s the squealing Bahian guitar solo, Brazil? Cum on feel the noize!) To be fair, it’s not like “God Save the Queen” or “The Star-Spangled Banner” is any better. Pretty much all of these weirdly jingoistic odes to king and country make us want to stuff flags in our ears.

So we had an idea: Why not let a bunch of musicians choose a new national anthem to represent their home country? Imagine, if you will, a world in which the Dutch rapped “Drank & Drugs” to get pumped before a football game. Better yet, imagine a world in which the Australians swore in a new prime minister to the tune of a song called “Gimme Head”. Yes, we know. This is a good idea.

Not all of the musicians we reached out to had such unconventional responses, and some (Peter Bjorn and John) took the question more seriously than others (here’s looking at you, Hockey Dad). But the world is a quilt stitched together with all kinds of mismatched fabrics. Shouldn’t its nations’ anthems be the same?

Read ahead to see what anthems you’d be hearing in Rio if these artists had their way.