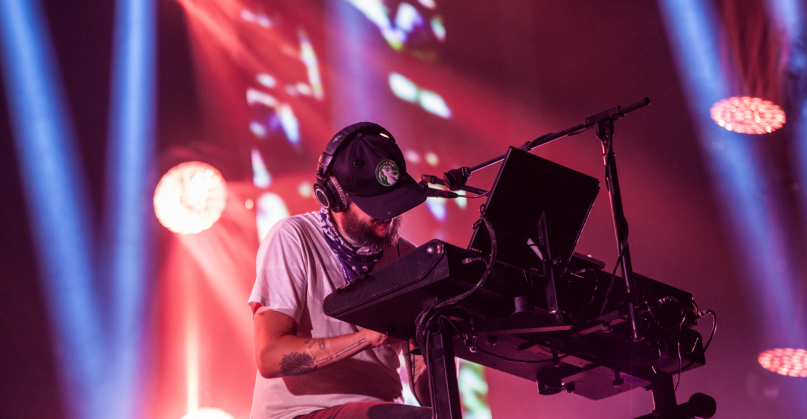 On Friday, Bon Iver finally announced their third full-length LP, 22, A Million, and shared the first two tracks. It was quite the gift to fans who have been waiting for new music from the Justin Vernon-led project since 2011, but attendees at Vernon’s Eaux Claires Music Festival in Eau Claire, Wisconsin were treated to something even better. Bon Iver hit the stage Friday night to debut the album in its entirety, a move that — considering the level of difficulty — ranks right up there with some of the other innovative release strategies we’ve seen this year.

Fortunately, a fan was able to record the full set and post it to YouTube. The video quality isn’t great, but the sound is better than expected, giving us a pretty good idea of what to expect when 22, A Million arrives on September 30th via Jagjaguwar Records. Watch the full set below, which includes “22 (OVER S∞∞N)”, “10 d E A T h b R E a s T ⚄ ⚄”, and other songs that make us seriously consider investing in a bigger keyboard.