He's The Boss for a reason 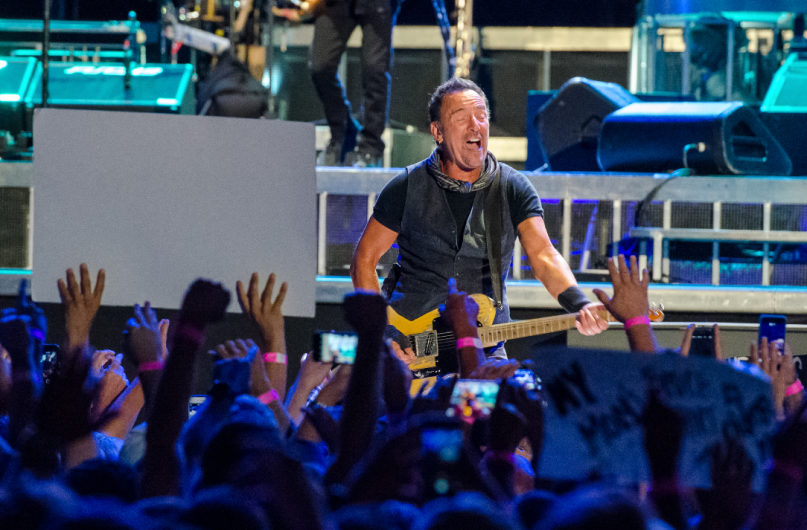 Bruce Springsteen is The Boss for a reason. Going on 67 years old, the New Jersey rocker constantly seems to reposition his own personal goal post, reaching the sort of live performance apex of which musicians half his age can barely dream. Last week, he continued to prove that age is but a number by breaking his record for longest US concert not just once, but twice.

At East Rutherford’s MetLife Stadium on Tuesday the 23rd, Springsteen and The E Street Band topped their previous longest American show by playing for three hours and 52 minutes. The 35-song set was nothing short of epic — and I can attest, since I was actually there. But just two days later, the band returned to the very same venue to once again push their limits by playing for precisely 4 hours.

The August 25th show may technically have featured fewer songs at 33, but it lasted a good eight minutes longer and set a new benchmark for the rock icons. Though it may have been padded a bit by a marriage proposal and guest appearances by Tom Morello, a record is still a record.

Amazingly, Springsteen and the band have yet another chance to reach their all-time world record of four hours and six minutes when they return to MetLife on Tuesday, August 30th. If they keep it up at this rate, we could have a new high point by this time tomorrow. Find the setlist for the August 25th gig below.

Update (August 31st): Well, looks like Springsteen and The E Street Band took their opportunity on Tuesday and ran with it. Returning to MetLife for the final show of their three-gig stand, The Boss once again broke his all-time US concert record by playing for four hours and one minute. That’s five minutes short of his overall world record, but give the man time — he’s only 67. Find the August 30th setlist beneath the one form the 25th.

Bruce Springsteen, MetLife Stadium, East Rutherford, NJ, 08/25, 2016 Setlist:
New York City Serenade
Prove It All Night
Night
No Surrender
Wrecking Ball
Sherry Darling
Spirit in the Night
My City of Ruins
Waitin’ on a Sunny Day
Darkness on the Edge of Town
Lost in the Flood
Hungry Heart
Out in the Street
Death to My Hometown (with Tom Morello)
Youngstown
Jack of All Trades
American Skin (41 Shots) (with Tom Morello)
The Promised Land
Cadillac Ranch
I’m a Rocker
Tougher Than the Rest
Because the Night
The Rising
The Ghost of Tom Joad (with Tom Morello)
Badlands
Encore
Backstreets
Born to Run
Dancing in the Dark
Rosalita (Come Out Tonight)
Tenth Avenue Freeze-Out
Shout
Thunder Road
Jersey Girl