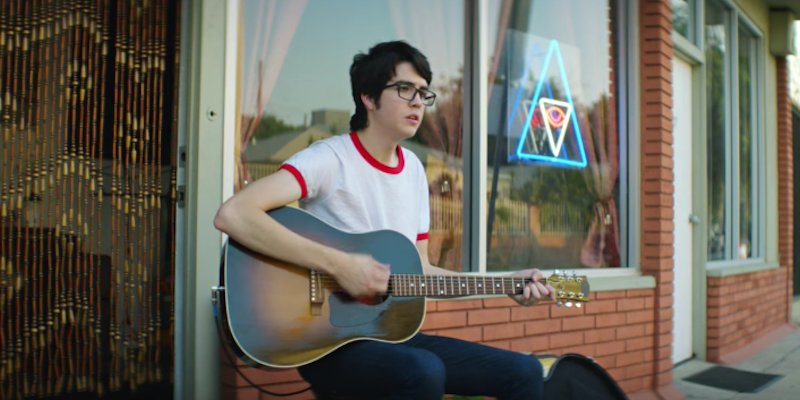 Will Toledo doesn’t seem to know how to phone things in. There are certainly some bands out there who, if given the chance to write a song for a Ray-Ban short film, would put together a pleasant little ditty and go cash the check. But Toledo’s Car Seat Headrest isn’t some band. They’ve contributed new track “Does It Feel Good (To Say Goodbye?)” to a short called Loudini, and the song is as engaging as anything off Teens of Denial.

The track shambles about on a circular chord progression and gentle pops of an organ. There’s a sense of depressed hopefulness throughout, as Toledo sings about building a one-man boat (“Cause it’s been raining/ Pretty hard and/ You know we live right by the sea”) and realizing it’s time to move on from a certain friend (“I had a good friend/ We had a good fight/ We’re not friends anymore.”)

The tone is a magical fit for Loudini, writer/director Conor Byrne’s short film about a struggling magician facing down his critics. Toledo himself appears around the 2:33 mark (with the song starting at 1:45) busking an acoustic version of “Does It Feel Good (To Say Goodbye)” that comforts the great Loudini after he loses a job. Watch the video below.