A reflection on complacency and comfort 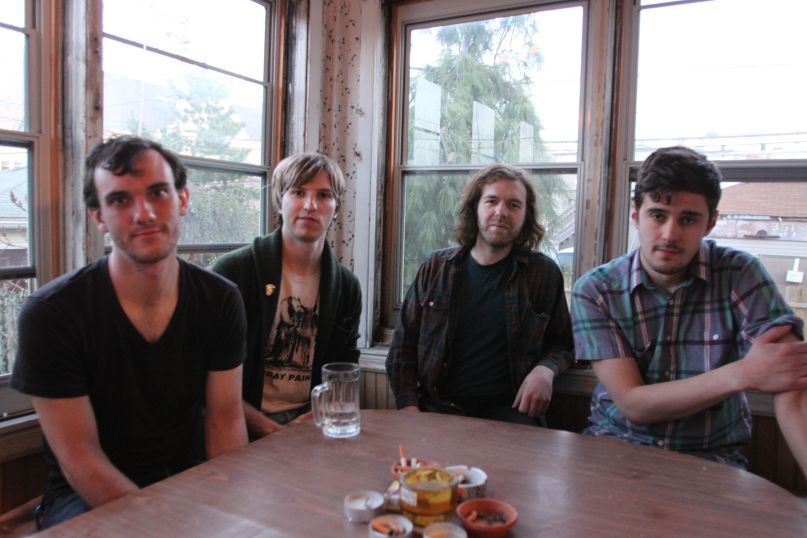 After a string of one-off releases, Chicago’s own Clearance finally released their debut album, Rapid Rewards, last summer. The well-received record, over the course of its 13 tracks, garnered glowing comparisons to ’90s indie rock heyday, in particular Pavement.

For their latest project, a 7-inch titled Are You Aware, Clearance continue to channel their slacker pop forefathers — only now they know where to draw the line when it comes to “slacking off.” Enter: B-side “Owner/Operator”, which addresses those people who hold onto the idea of certainty and comfort too tightly to the point of utter complacency.

“Welcome to the adequate life/ Never complicated by struggle and strife,” lead vocalist and guitarist Mike Bellis sings, backed by jangling guitars that wind up and then unravel in tandem with his voice. He tells Consequence of Sound that the track is “my attempt at a talking-blues kind of song. Vague suspicions toward the pursuit of comfort or domesticity as an end to itself — a backhanded ‘carpe diem’ of sorts, with a cribbed Kinks line thrown in for good measure.”

Stream it below and see if you can spot the Kinks reference.

Are You Aware is due out on August 26th via Tall Pat Records; pre-order it here. For more, check out Bellis’ statement on the 7-inch, followed by its artwork:

“Culled from a handful of tracks we recorded at the end of 2015 with our friend Dave after a year of pretty constant touring throughout the States — up and down both coasts, playing a lot of basements, bars, and whatever else in between. We wanted to record these pretty true to how we’d come to sound live playing in someone’s back room somewhere and maybe try to throw in some other tricks we learned along the way.”