Finnish event stands out from US counterparts with Iggy Pop, Massive Attack, and New Order 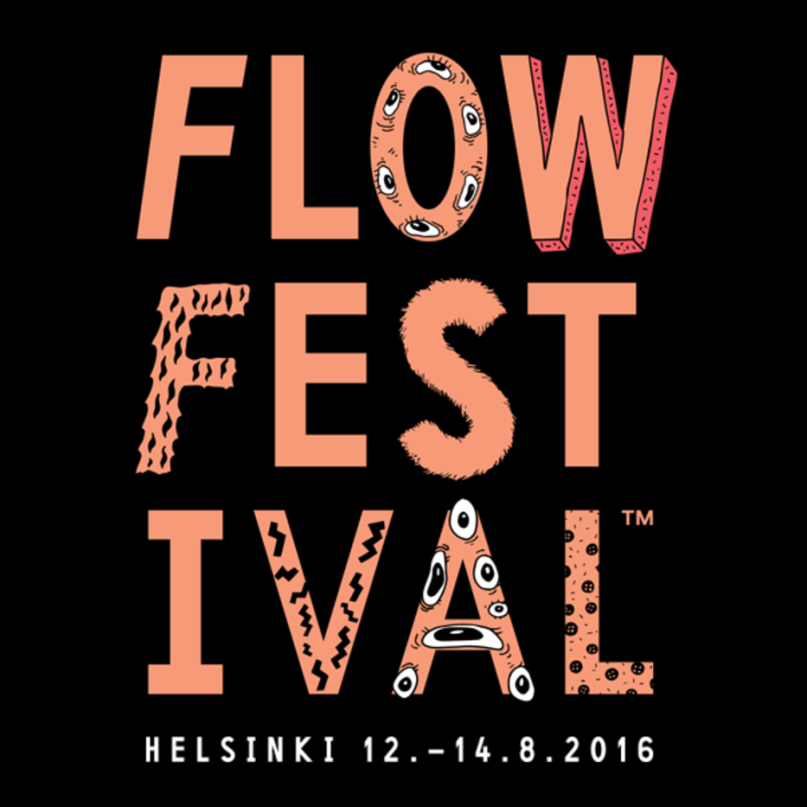 If you go to a lot of American festivals, European counterparts like Helsinki’s Flow Festival can feel like a different world. Sure, there’s the fact that you’re not surrounded by other Americans and that many things are written in Suomi. But beyond the basic displacement that comes with being abroad, there’s just a different vibe at these things, a different way of experiencing something as familiar as a music festival. You aren’t in a big field surrounded by 100,000 people. You’re in Suvilahti, a formerly industrial corner of Helsinki that’s since been converted into offices and a brewery. Unlike many city festivals, you actually feel like you’re in a city. And the lineups are wildly unique compared to what you see happen across major US institutions like Lollapalooza and Coachella. There are artists you may never have heard of playing the main stage to fervent crowds.

Having started in 2004, Flow didn’t begin with the ambition of being a major festival, but has grown incrementally to this year, its biggest yet. Since 2015, they’ve made some changes to the setup — there are lots of indoor spaces used for art and DJ sets and experimental music, but the biggest stuff is spread out between the main stage, a large tent stage, and a truly massive tent stage called the Bright Balloon 360 stage, which is a semi-enclosed mini-arena in which artists play on a circular stage flanked by bleachers and underneath a giant balloon that lights up at night. It was the result of a design contest, and it provides the surreal festival opportunity of seeing Kamasi Washington bring his outer-space jazz to an intimate stage at sunset. As for the really big tent, the Lapin Kulta Red Arena, it turned out to be a necessary addition given the larger crowds at this year’s Flow and also allowed the festival to go later than in the past, booking headliners like Morrissey and New Order for the tent rather than the biggest stage.

A word on headliners: European festivals regularly have much more unexpected, and therefore often more exciting, names at the top of the bill than what we’re used to in America. Flow was no exception, offering the chance to see a bunch of artists you normally wouldn’t see as headliners in America: Iggy Pop, Massive Attack (with Young Fathers), FKA Twigs, and New Order. Rounding out the top of the bill was Sia and Morrissey, two artists who actually are headlining major fests in the US this year.

Those headliners universally delivered, too. It’s sort of bizarre to see an aged icon like Iggy Pop on the festival circuit in 2016, but the man is still a marvel. There’s something entirely perverse about how much this guy has defied logical human boundaries, closing in on 70 and with a voice and stamina nearly untouched by the passage of decades, some of them dominated by very hard living. He performed a greatest hits set, playing a large chunk of Lust for Life alongside all the major Stooges jams, barely stopping to breathe between songs, instead favoring a string of “fucking” and “motherfucker” and a quick announcement of a song title. What’s also sort of bizarre about him and his music is how intense and dangerous many of these songs feel 40 (or almost 50) years later. “I Wanna Be Your Dog” still sounds like things being torn down.

New Order was the other headliner to bring all the hits. Bernard Sumner was never a dynamic frontman on the level of Iggy Pop, but the band still sounded great. When a set has “Regret”, “Your Silent Face”, and “True Faith” in it, it’s hard to complain.

Elsewhere, things were weirder. FKA twigs played the main stage, and while there’s something lost in translation when she isn’t in a dark club or in a tent you could fool yourself into thinking is a club, there’s still something quite mesmerizing about her totally idiosyncratic music and live set occurring on a festival’s largest stage. Morrissey played a condensed version of the set he was doing all last year, which is to say there are a few classics like “Suedehead”, several pretty good new songs, and the tediously still-present “Meat Is Murder”, which like, yeah, we get it at this point, man. Play a different Smiths song.

Massive Attack’s set had politics, too, but it felt more visceral and immediate. Theirs was another headlining set that, while they threw in “Angel” and “Inertia Creeps” and closed with a stirring rendition of “Safe from Harm”, was also uncompromising, featuring new material and second-tier singles. In the beginning, they flashed the names of political parties from various countries, mixed in with jokes like “After Party”. During “Girl I Love You”, they flashed a stream of names, with Rita Ora and Andy Garcia and Rachel Weisz mixed in with Karl Marx and various philosophers or political figures. “Safe from Harm” wound up being a more evocative closer for how they followed it: walking offstage while “Je Suis Paris” appeared on the screens, followed by a litany of “Je Suis…” messages referencing cities from around the world where there have been traumatic attacks or events in recent times.

Otherwise, you had festival conquerors like CHVRCHES and M83 (both drawing crowds that spilled well out of the Lapin Kulta Red Arena), the ascendant Anderson .Paak, a vicious late-night set from Savages, and the Descendents’ first time playing Finland. Liima, the new project from members of Efterklang alongside Finnish percussionist Tatu Rönkkö were another mid-level name, and they played one of the more revelatory sets of the festival: Their spaced-out, loopy synth-indie was another instance of the main stage hosting much weirder music than you’d expect.

Aside from all the big international names, a major part of Flow Festival is highlighting Finnish talent. The festival has a history of booking up-and-coming local acts, but they also just book a ton of Finnish artists in general. One of the best was Jaakko Eino Kalevi, who plays a moody synth-pop strain that sounds half-indebted to the Drive soundtrack. Many of the other Finnish artists resulted in a perplexed yet welcome “what the shit?” brand of cognitive dissonance. Rap is huge in Finland, so several of the Finnish artists came from that local scene, including View, who performed much of his down-tempo, nocturnal set fittingly shrouded in shadows. At one point, I found myself eating takoyaki while watching something called the Ricky-Tick Big Band & Julkinen Sana, which means I watched a Finnish big band promise to take us to New Orleans, before playing a New Orleans-style big band song with Finnish rapping over it. On Sunday afternoon, Tatu Rönkkö — that Finnish percussionist from Liima — joined forces with Samuli Kosminen for an experimental percussion-driven set at the Bright Balloon stage, with them playing, among other things, dishes and a vacuum, looping and altering the sounds along the way.

One of the biggest highlights of the festival came in the form of a collaboration between a Canadian and Finns: Moonface and Siinai, the partnership of Wolf Parade’s Spencer Krug and Finnish kraut-rock/space-rock group Siinai. They’re currently touring behind My Best Human Face, the underrated album they released earlier this year, and while the return of Wolf Parade is promising and has already led to some amazing shows, Krug’s collaboration with Siinai is powerful in its own right. As a group, they are experts in building tension in cyclical, tight, little riffs and rhythms, Krug floating above the churn with the occasional, queasy synth line or yelp. Towards the end of the set, he implied that with him living back in Canada, it might not be logistically possible for the partnership to continue, which would be a shame. Seeing him and Siinai together is plain evidence that they have a special and invigorating sound that they aren’t getting enough credit for.

As with all the surreal, temporary escapes from life that festivals can provide, Flow came to an end that felt too soon. As for the festival itself, that meant Sia on the main stage followed by ANOHNI in the Red Arena, a striking one-two from very disparate yet mutually conceptualized corners of the pop spectrum. Of course, this is the other thing about European festivals: There are always after-parties. At Flow, it’s a mix of underground, unofficial stuff hidden away in warehouses or apartments, plus official parties at various clubs around Helsinki. You stop by one, find your way to another, and before you know it you find yourself in a visual artist’s gigantic loft, with 20 or 30 people around, a DJ in the corner, and sun creeping up and through the windows.

Having set a high standard last year, Flow was better, more memorable, and even more unique in 2016. Whether it’s the opportunity to see a unique lineup, experience strange art performances alongside recognizable international stars, or discover Finnish artists playing their home country, Flow is securing its position as one of the coolest festivals you might not know about. It deserves to only get bigger still.