Laika does it again with a striking, simply told tale of heroism and some astounding visuals 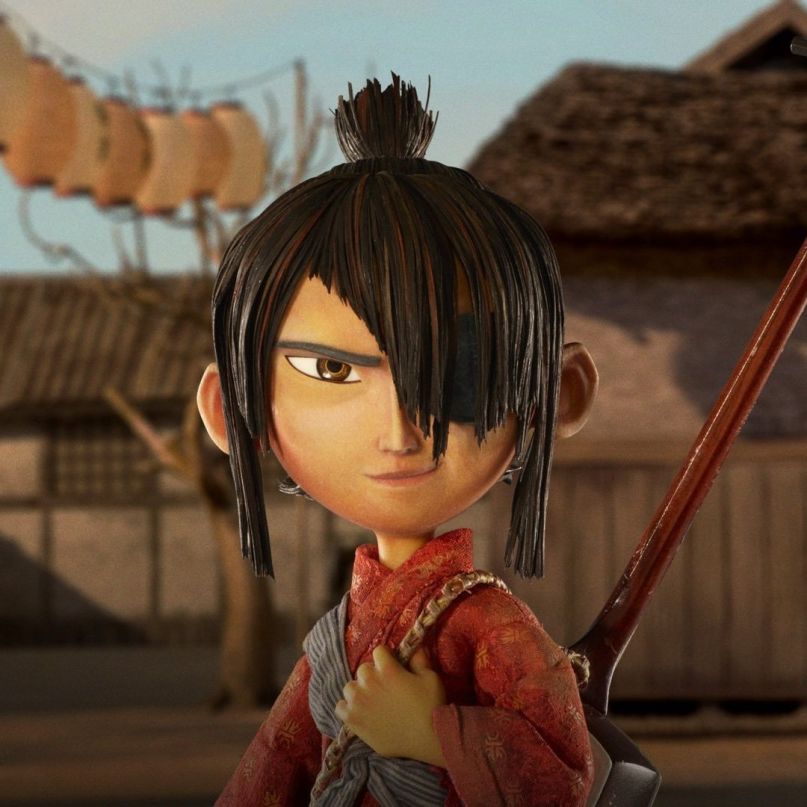 Kubo and the Two Strings begins with a thrilling, immaculately animated prologue, a tale of legendary heroism that sets a precise tone for the storytelling-obsessed film to follow. Once, a woman steered her boat through a troubled ocean, struggling to protect her newborn child at all costs. With only her magic and her shamisen (a Japanese stringed instrument), she manages to find her way to shore, cutting through the roiling waters like a certain prophet before her. But in Kubo’s world, magic and divinity alike are more complex than they seem. And survival isn’t necessarily a happy ending. Not when your child has lost one of his eyes to the forces of evil, at such a young age.

Laika, the visionary hybrid animators behind Coraline, Paranorman, and The Boxtrolls, have managed to craft a film that expands on the virtues of their predecessors, while also dipping a toe or two into more familiar, accessibly riveting territory. The film manages to capture the latter film’s gentle, innovative whimsy, Coraline’s kid-friendly perspectives on danger and consequence, and the emotional resonance that made Paranorman a treat. And it’s all in service of a story that generates consistent laughs and excitement while also exploring deeper questions about the value of living in a world fueled by greed, tyranny, and fear. Like the studio’s previous films, Kubo dares to dream that entertainment aimed at a younger audience can hold the depth and intelligence of any other substantial piece of filmmaking.

And if the film feels just a little more traditional than the boundary-pushing, family-friendly genre filmmaking Laika has explored in the past, Kubo is still rife with riches for viewers of any age. The titular hero (Art Parkinson, in a voice performance mercifully free of treacle) is restless but loyal, going into a nearby village in the daytime to deliver riveting performances of legends his mother passed down to him, and tending to her after the sun goes down. She’s catatonic much of the time, and even when enlivened, she struggles to retain the stories she so desperately wants to share with her son. Integral to Kubo from its early scenes is the power of storytelling as an innately human concept; through stories, we empower the young, articulate the tragedies of the world, and even uphold the spirits of those who have already left us. This includes Kubo’s father, a great warrior who died some years ago attempting to protect his family.

Kubo has some of the same magic in him as his mother does, and he uses it to rivet the villagers with retellings of his father’s war exploits and other stories, using ornately conjured origami creatures that he builds with magic. (The film’s use of formed and collapsed sheets of paper throughout is stunning by itself, to say nothing of the ways in which it uses this visual device.) The tale usually begins the same: “If you must blink, do it now.” It’s the way in which Mark Haimes and Chris Butler’s screenplay opens the film, and it’s as solid a testament as any to the value of keeping your eyes peeled throughout Kubo and the Two Strings.

The film is a visual feast from that tense opening to its sublime, heartfelt, golden-lit final shot, and in virtually every frame in between. Kubo’s yen for showmanship is one shared by director Travis Knight and the Laika team, but to its credit, Kubo roots its many breathtaking visuals in a simple but almost always effective story of love and adventure. When Kubo stays out past dark by accident one day, having attempted to communicate with his dead father during a local ritual paying tribute to the spirits of the dead, he draws the attention of his mother’s sisters (Rooney Mara, voicing both with an eerily icy lack of affect). They are witches in the truest sense, beings of powerful magic who want Kubo’s other eye at all costs, for unknown reasons. And when his mother purges the last of her magic to grant Kubo the chance to escape, he embarks on a quest to unify the disparate pieces of a legendary suit of armor which would allow him to defeat the sisters, and their nefarious father, the Moon King (Ralph Fiennes).

As tends to happen on quests, Kubo eventually finds himself running into a cast of wild characters, and if some of these moments make Kubo and the Two Strings come off a little more like a standard kid’s adventure story at times than its lyrical early moments initially suggest, they’re executed with a rare and striking kind of elegance. A wooden idol that Kubo held for years becomes Monkey (Charlize Theron), a sentient and dryly sarcastic ape tasked with helping Kubo find the three different pieces of armor. Along the way, they also happen upon Beetle (Matthew McConaughey, scattered and witty), a onetime compatriot of Kubo’s father who’s been cursed to forget all his memories of his life before, and also inhabit the multi-limbed body of a giant beetle, but with a human face.

While this review may already have touched on the many visual splendors the film offers, their power cannot be overemphasized. From the dusky fuschias and burning reds of Kubo’s campfire stories, to the blistering expanses of snowy white tundra, to the navy blues and blacks of a dilapidated fortress, Kubo and the Two Strings makes effective use of every imaginable color on the spectrum, and then some. A nightmarish battle involving a gigantic skeleton with a head full of swords is backed by vibrant notes of emerald green that make the skeleton’s hideous form protrude from the image. An underwater “garden of eyes” is full of hideously bulbous creations, black stalks topped by hideous oculi with a nauseous yellow where the whites might normally be. There isn’t a single sequence in Kubo that fails to leave some sort of impression with its vivid imagery, and Laika’s trademark fusion of CGI and stop-motion animation gives the film’s many action scenes a tactile, physical quality that leaves the film several cuts above the vast majority of its peers.

Where so many modern animated films use their inflated budgets to pop the eyes and cover for a general lack of cohesive storytelling, Kubo understands the value of simplicity. Now, the film does have a tendency to overstate itself, particularly in its later minutes; its story is so classical in its notions of heroism and an open heart that the film’s eventual shift from a subtler, more understated kind of storytelling to that of a traditional hero’s journey feels extraneous after a point. And yet, a simple story told well can still be effective if the emotional resonance underneath it comes through. In Kubo, it absolutely does, thanks to the uniformly excellent voice performances. Theron is a particular standout, her Monkey transcending the kiddie-movie trappings of the character to offer an effective, wrenching mixture of deadpan humor and tentative warmth. (The animation deserves equal acknowledgment, Monkey’s features turning wistful or enraged or sad with impeccable accuracy and authenticity.)

If Kubo does eventually hammer home its moral lessons, they come at the end of a film that speaks truth to the inevitability of letting go, and the power of gratitude for the riches that life does allow from time to time. When we age, and prepare to leave the world, what we leave behind is our truest legacy, and in a cultural period fraught with a general sense of exhausted nihilism, here is a film that believes in humankind’s capability to learn from its prior sins, to be better than it once was. To remember the tragedies of its past, so that they are never repeated. The film’s closing moments reject the cloying ease of the “happy ending” in favor of something more philosophical, honest, and emotionally rich, and it’s a superior piece of storytelling for it. In its way, Kubo and the Two Strings is at once a family film for any time, and one very specifically for this one. Sometimes, it’s easy to forget the story, because it hurts to remember or because we just choose to forget. In stories, we find eternal life.

(Final note: it’s a drum we often bang here at CoS, but Kubo and the Two Strings is a film that must be watched without the dimming effects of your average digital 3D projection. It’s too vivid a film for the brightness and color palette to be lost in the format.)