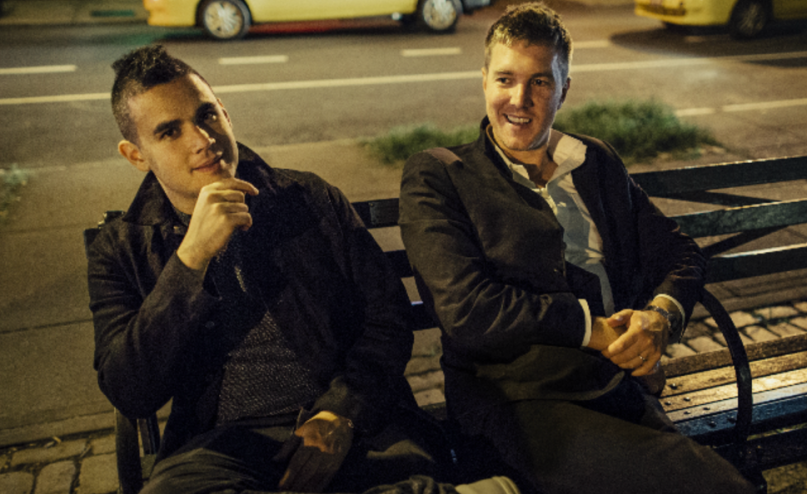 Indie rock’s latest super duo, The Walkmen’s Hamilton Leithauser and Vampire Weekend’s Rostam Batmanglij, announced their existence as Hamilton Leithauser + Rostam last month with the release of “A 1000 Times”. Today, they’ve revealed the details of their debut full-length, I Had a Dream That You Were Mine, and shared another new track.

Due out September 23rd via Glassnote Records, the LP actually started coming together before Leithauser’s 2014 Black Hours — the musicians just didn’t know it yet. They began writing songs together in Batmanglij’s apartment some years ago, and it took them a few months to realize they were actually working on an album. “We tried all sorts of approaches, and we just went with whatever was working at that moment,” Leithauser said in a statement. “I think our most notable accomplishment on this record was to capture the lively spontaneity of writing and experimenting that can be so elusive in a studio.”

“As a producer, I feel like taking a voice to places it hasn’t been before ranks high-up there in terms of responsibility,” added Batmanglij, “up there with making sure the drums knock and the choruses lift. Those were all goals for this record.”

As the latest listen, the duo have premiered “In a Black Out”. In place of the punch of “A 1000 Times” is an acoustic ramble, guitar plucks tumbling quickly over a chorus of “oooh”s. There’s a throwback Americana vibe, but one that’s delicately layered with the sound of two masterful modern indie artists. Take a listen below via Spotify.

Pre-orders for I Had a Dream That You Were Mine are going on now. Find the album art and tracklist below.

I Had a Dream That You Were Mine Album Artwork: