The ensemble cast reunites to pay tribute to their leader, Robin Williams 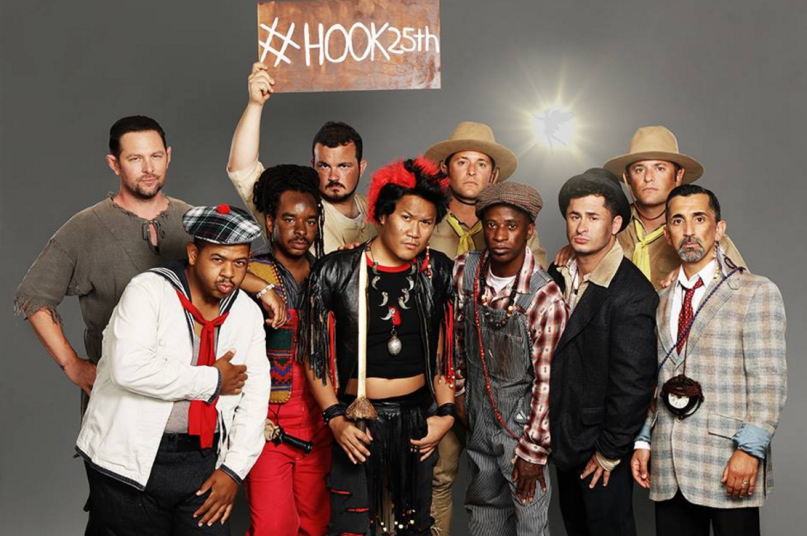 Remember that scene in Steven Spielberg’s Hook when Pockets peels back Peter Banning’s face to find their once-forever young, flying leader? For a minute or two, the kid pulls and stretches Banning’s crow’s feet and aging wrinkles until he finally uncovers what he’s looking for: “Oh, there you are, Peter!”

The irony, some 25 years later, is that you’d have to do the same thing today with any of those Lost Boys. Fortunately, you don’t have to look too hard as the entire ensemble cast of the 1991 action adventure recently reunited for 22 Vision to honor the life and tragic death of their triumphant leader and co-star — Mr. Robin Williams.

Here’s a side by side comparison:

Here are some other awesome portraits:

“You have to understand, when you’re 15 and you’re doing this Steven Spielberg movie with megastars Robin Williams, Dustin Hoffman, Julia Roberts, you know you want to be cool,” Basco, aka Rufio, explained. “Although I don’t know how cool I’m going to look with my belly button out!”

Don’t worry Rufio, you’re still pretty cool. Also cool is our recent retrospective of Steven Spielberg, where we ranked and dissected his timeless works. Revisit that piece here and see where Hook fits into his filmography. Bangarang!