CoSigned band will release their debut LP later this year 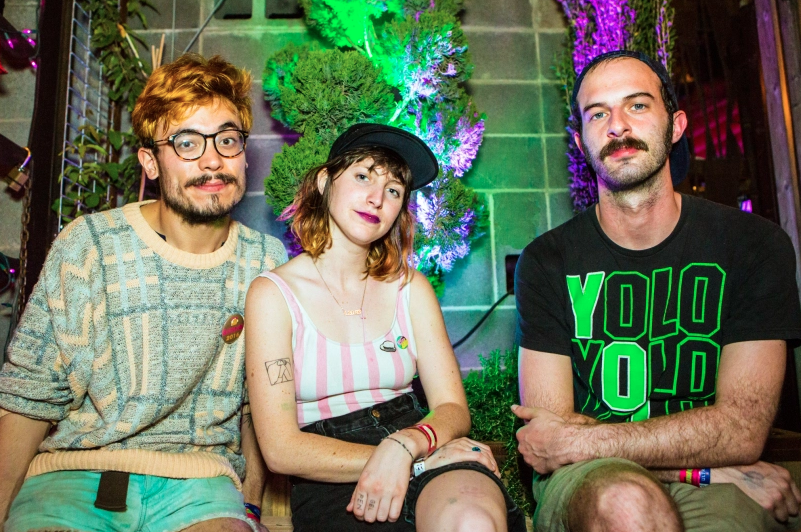 IAN SWEET have come a long way since Boston. That city may have given birth to Jilian Medford’s bedroom project, but it was on the road that the solo endeavor became a true three-piece band. It may even have recorded their debut album, the forthcoming Shapeshifter, in the Hub, but it’s Brooklyn they now call home. Wherever they may roam, however, it’s the band’s knotty alternative that has taken them this far.

Shapeshifter, due out September 9th via Hardly Art, encapsulates the heavy joy the CoSigned band creates in the interplay between their fuzzy music and Medford’s introspectively yearning lyrics. On new single “All Skaters Go to Heaven”, for example, the trio seem to be dragging their instruments in a mix of happiness and exhaustion, like the final dance at a prom after you’ve drunk a bit too much spiked punch. That bruised pleasure is exactly what Medford examines on the track, her sweetly cracking voice, “Beauty queen, beauty queen, beauty queen/ Seems unhealthy/ But it’s not me that you want/ It’s my funny haircut and the way I talk about skateboarding.”

“‘All Skaters Go to Heaven’ is about the willingness to put yourself in any situation for someone you love, without question,” Medford explains to Consequence of Sound. “In the end they wouldn’t do the same for you, but you’ve already built them up so far in your mind that the option to erase the ‘heaven sent’ aura surrounding them is nearly impossible.”

Pre-orders for Shapeshifter are going on now.