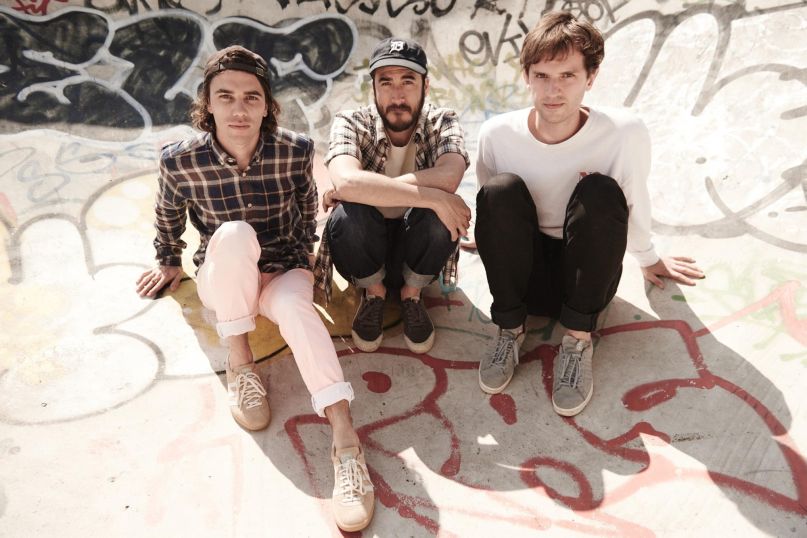 Jagwar Ma teased their upcoming album, Every Now & Then, last month with lead single “OB1”. The Aussie psych rockers return this week with more details on the Howlin’ follow-up as well a brand new track.

Every Now & Then is slated to hit shelves on October 14th via Mom+Pop/Marathon. Its 11 tracks were recorded in the French countryside — specifically a so-called “rundown farmhouse” studio called La Brèche — and Le Bunker, a studio in North London.

In addition to Stella Mozgawa of Warpaint, who appears on “OB1”, Jagwar Ma’s longtime mixer Ewan Pearson and producer James Ford (Arctic Monkeys, HAIM) also contribute. According to the band’s Jono Ma, Jagwar Ma looked to the Beastie Boys for inspiration during their recording sessions.

“It’s interesting — one record we went back to while making it was Paul’s Boutique,” he tells Stereogum. “The Dust Brothers work on that was immense, where they drew on little snippets from anywhere and mismatched things to create this tapestry, this mosaic of different sounds with different emotional reference points. That’s what was interesting to me.”

A second preview of the LP has been revealed with the groovy and futuristic “Give Me a Reason”, which can be heard below.

Every Now & Then Artwork: