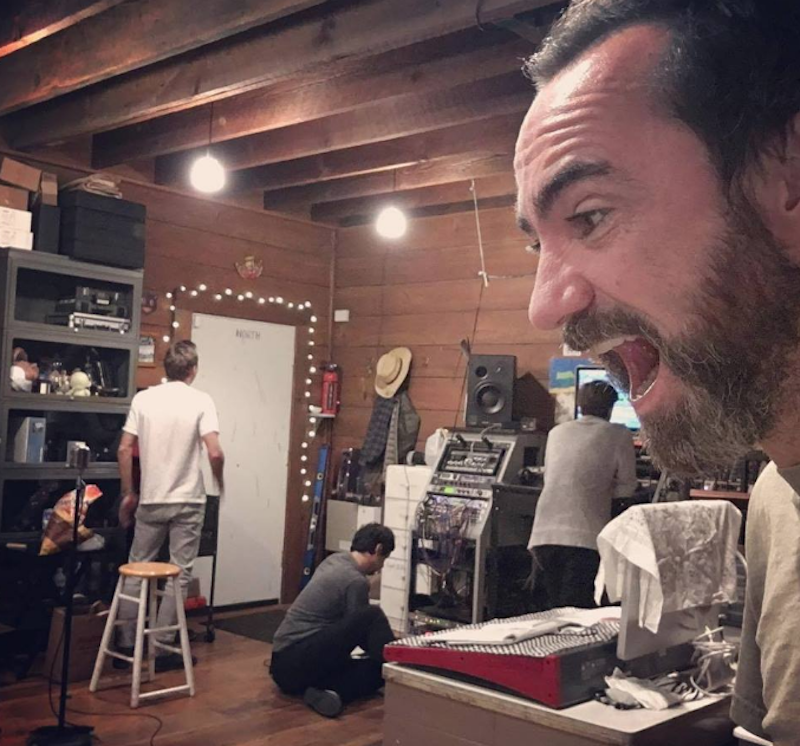 Earlier in the summer, James Mercer confirmed that The Shins were putting the final touches on their first new album since 2012’s Port of Morrow. Now, in a new interview with Portland community radio station KBOO 90.7, the frontman has revealed that the record is finished, but it will be a few months before we hear it.

“The record is done, basically, and mixed. We’ve been making little tweaks just because we have extra time,” Mercer said. He noted that he had hoped to have the LP out this year, but the label wanted more time to prepare the promotional machine. That said, there is a timetable for the release. “It looks like it will be coming out next year. Early next year, like January, hopefully, 2017.”

The timing is a strategic move by the label (presumably Aural Apothecary/Columbia Records, who released the band’s 2012 LP) based around festival season. “This whole new culture of festivals has taken over basically,” Mercer said while discussing how artists’ revenue has recently become more reliant on performances. “So that Coachella was a factor in my label wanting to postpone the release of the [new] record. Because Coachella is such a powerful influencer, it’s such a high profile festival that we want to get as good a placement as we can in it. And I guess apparently when you release your record has some sort of influence on that.”

Mercer added that he’s been working on the yet-untitled album for about a year, recording mostly in Portland with some added strings from Mark Watrous being sent in from Nashville. Mercer himself is producing the album, which he said aligns the sound more with The Shins’ first three records rather than Port of Morrow. He explained,

“I’m really excited about this record … I think we’ve got something that Shins fan will really love, and I think there’s some other things on there that are different enough. I made a concerted effort on certain songs to fit the palette, to use the palette that I’ve used historically for the band. And then on other songs, I really jumped off because I was having so much fun just learning some new tools that I had at my disposal like arpeggiators and things. So I was able to do some stuff that is a bit more synth oriented. But it’s only a couple songs, really, it’s moments on certain songs. I Think there’s a lot for everybody on this record. I think it’s really strong. I think lyrically, I’m better than I ever was. And I think my songwriting is stronger than it ever was.”

Elsewhere in the discussion, Mercer mentioned that more music from his pre-Shins band Flake Music could be on the way. When asked about his favorite songs from the Flake era, he said, “I love the song ‘Nico’, which is a song that Neal [Langford] wrote. And there’s a song called ‘Pull Out of Your Head Size’ that’s really cool, that’s not on the record, it’s actually a single. We had a bunch of really cool singles that I want to release as well. I think we might just put it together and release it online or something.”

You can listen to the whole interview, in which Mercer also talks about meeting Danger Mouse, his opinions on streaming services, and how Flake became The Shins (and the show’s young host makes everyone feel old by expressing ignorance of Napster, Garden State, and The Grey Album), below via Reddit.