Taken from the soundtrack for Baz Luhrmann's The Get Down 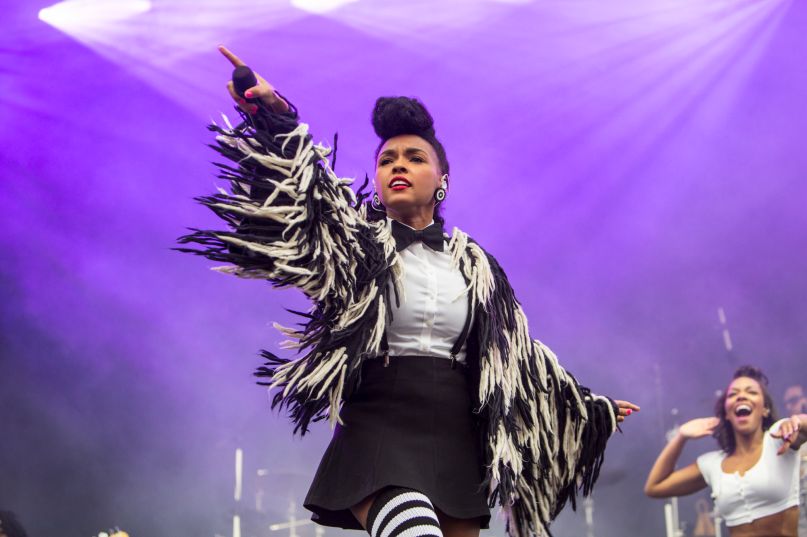 Last we heard from Janelle Monaé she was assisting First Lady Michelle Obama and Missy Elliott on an anthem supporting the education of young women everywhere. Today, The Electric Lady has contributed to a new project, lending her talents to the soundtrack for Baz Luhrmann’s upcoming musical series The Get Down.

Following in the footsteps of Miguel, who submitted his own slick “Cadillac” to the OST, Monaé channels the grooviness of the ’70s on new song “Hum Along & Dance (Gotta Get Down)”. If elements of the track happen to sound familiar, that’s because it samples the Jackson 5 number of the same name. Monaé has long cited The King of Pop as a major influence on her music, so it’s pretty cool hearing their works intertwined here.

Check it out below via Apple Music and get down.

The Get Down, which premieres on Netflix on August 12th, follows a group of teenagers growing up in the Bronx in the ’70s. Its soundtrack, executive produced by Nas, arrives the same day.