Marvel and DC Comics have enough superheroes for 3,400 years of movies 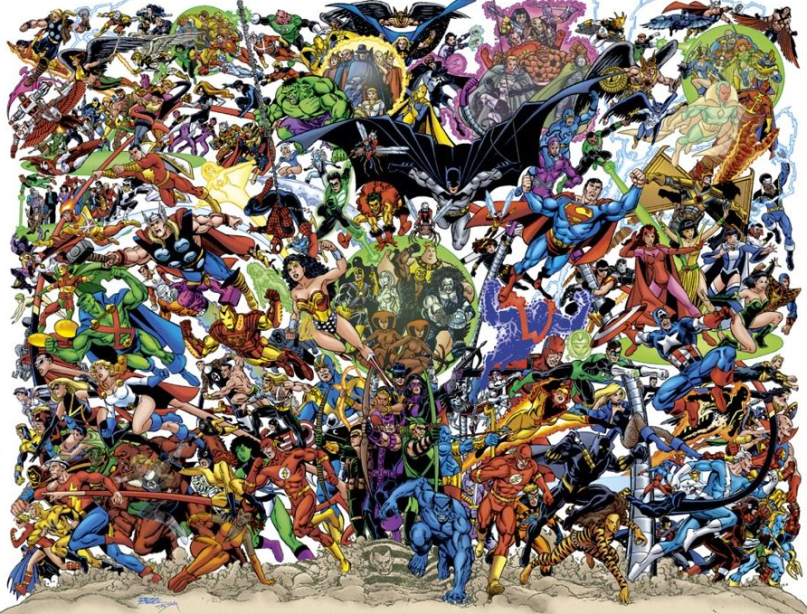 Hollywood, like anything else in popular culture, works in cyclical trends. Right now, superhero films dominate the box office (right alongside soul-crushing remakes and reboots), but that likely won’t always be the case. “We were around when the Western died and there will be a time when the superhero movie goes the way of the Western,” Steven Spielberg said last fall. “There will come a day when the mythological stories are supplanted by some other genre that possibly some young filmmaker is just thinking about discovering for all of us.”

But that day sure as hell ain’t today. Hollywood’s two major sources of superheroes, Marvel Comics and DC Comics, will release some 19 movies over the next four years alone. And that’s not even mentioning Fox’s X-Men franchise, or things like Kingsman: The Golden Circle, Alita: Battle Angel, Bloodshot, and other non-Marvel or DC properties making their way to the big screen.

Even without those other companies and characters, though, Marvel and DC could carry on producing movies at their current pace and keep cinemas loaded with capes and lasers for the next 3,400 years! That number comes from an animated history of the genre from Wired, who did the math based on some 17,000 characters owned by the Big Two. While it’s hard to envision Rocket Racer or Ambush Bug ever headlining their own feature, there’s still generations worth of material to cull from.

It’s unlikely we’ll see the end of the superhero genre anytime soon; after all, DC is really only getting started, and the Western trend Spielberg referred to lasted for 50 years even without a pre-established catalog of characters to build from. 27.6% of all consumer money spent on films this year are going to superhero films, and for now, the cash cow is still plenty golden.

Take a look at Wired’s stop-motion video breakdown of the whole phenomenon below.