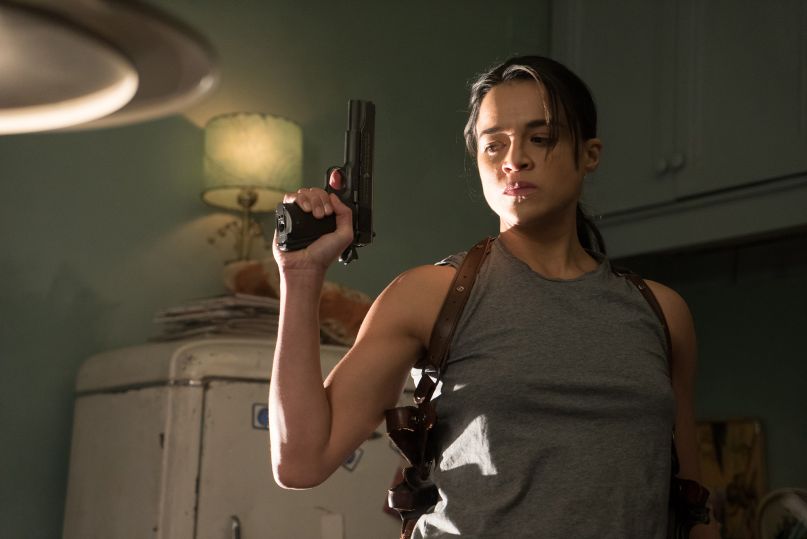 After months of remakes and sequels barraging theaters everywhere, the veteran director of pulpy classics like The Warriors and 48 Hrs. has returned to try and save the day with an original action film — and one that’s quite inspired.

It’s called (Re)Assignment and stars Michelle Rodriguez as a hitman who has been turned into a woman. Yes, the Fast and Furious heroine will play a male hitman who is turned into a female one. Confusing? Here’s the official synopsis:

“A revenge tale about an ace assassin who is double-crossed by gangsters and a rogue plastic surgeon operating on the fringes of society. The story becomes a trail of self-discovery and redemption against a criminal mastermind opponent.”

The original working title was Tomboy, but it’s seen been re-named, perhaps as a way to avoid the controversy that could stem from using such an awful word. Though, if they think that’s the end to the social outrage, they’re in for a mighty treat.

Joining Rodriguez on this wild ride are Sigourney Weaver, Tony Shalhoub, Anthony LaPaglia, and a dozen no-names that may or may not ring a bell. There’s no release date yet but Saban Films will distribute across the States.

For a preview, here are two more promotional stills: