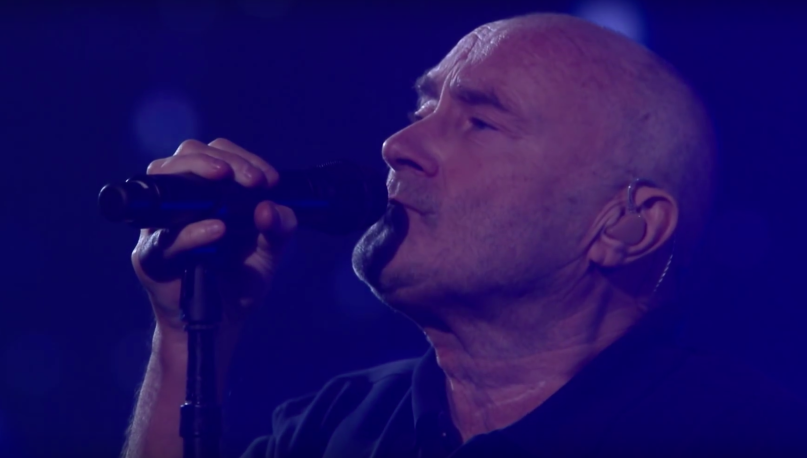 Phil Collins made only his second live appearance since coming out of retirement at the US Open in Queens, New York on Monday night. The Genesis drummer-singer was on hand to sing his seminal track “In the Air Tonight”, an especially appropriate selection considering Arthur Ashe Stadium was debuting its new retractable roof. “In the Air Tonight” … retractable roof … get it?

In addition to the live comeback, Collins in in the midst of a massive reissue campaign of his entire discography. He’s also penning his memoir, titled Not Dead Yet, which is due for release on October 25th.