"We're not going to work with a guy with leather pants, are we?" 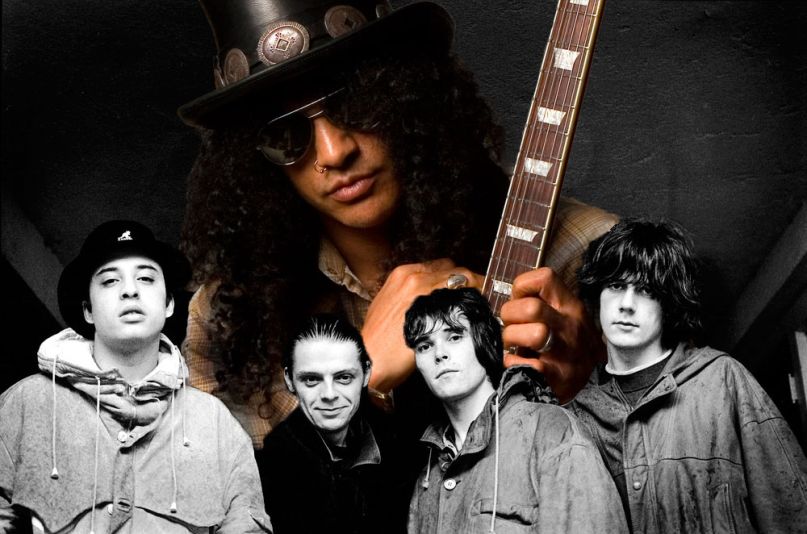 In an alternate history, Slash would’ve gone from one florally named band to another. It turns out that when the guitarist left Guns N’ Roses in 1996, his first choice of a new home was with The Stone Roses.

Former Stone Roses replacement guitarist Aziz Ibrahim revealed the fascinating bit of rock history during an appearance on the Stagelift Podcast (via Ultimate Guitar). Slash left GNR a few months after John Squire had departed TSR, and Ibrahim said the top hat-wearing rocker reached out to the British alt-rockers about filling in. “Slash had offered to play,” Ibrahim divulged. “There was a lot of bitterness and anger and so forth, maybe they wanted to piss [John] off, so they thought, ‘Let’s get the greatest rock icon of all time.'”

It almost happened, too, if it weren’t for one pesky detail. “Afterwards they thought, ‘Yeah yeah, we’ll get this big rock icon, that would really annoy John.’ Then they said something to the affect of, ‘We’re not going to work with a guy with leather pants, are we?'”

Instead of working with a leather-clad icon, Stone Roses decided to call it quits all together. Go figure that 15 years later, they’d get back together, and Slash would follow suit with GNR just a few years after that.