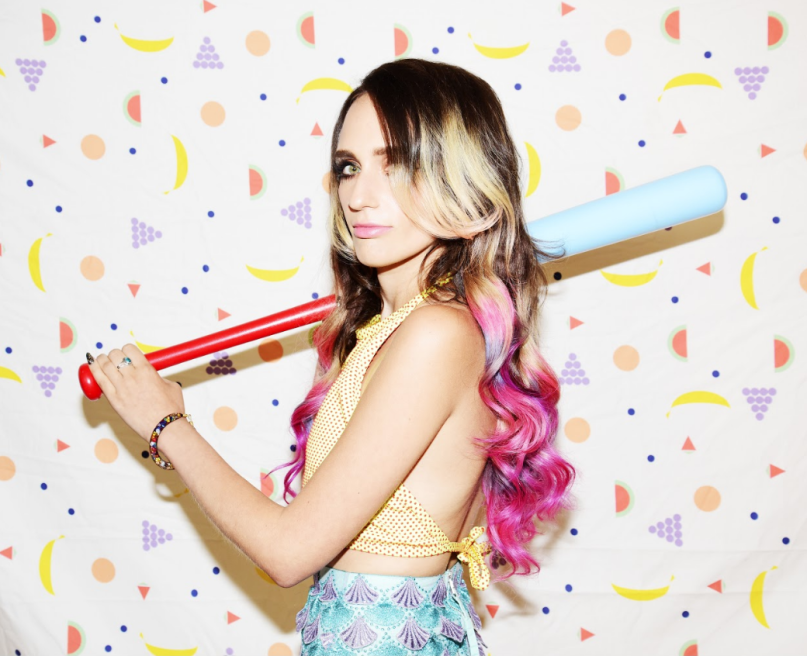 Sadie Dupuis, “frontdemon” of Speedy Ortiz, has been dabbling in solo work for a while now. It wasn’t until she sublet a friend’s apartment in Philadelphia, however, that she really began to focus on writing material for herself. Today, she’s announced her debut solo LP as Sad13, Slugger.

The 11-track effort finds Dupuis tucking her grungy guitar lines under a warm cover of bedroom-pop synth. Though not the indie rocker fans of Speedy Ortiz might expect, the album puts Dupuis’ wit and feminist perspective at the forefront, leading to an album of bright pop songs that seek to empower the act of love, not exploit it.

“I wanted to make songs that were the opposite of ‘Genie in A Bottle’ or ‘The Boy Is Mine,’” said Dupuis in a press release. “Songs that put affirmative consent at the heart of the subject matter and emphasize friendship among women and try to deescalate the toxic jealousy and ownership that are often centered in romantic pop songs.”

Lead single “Get A Yes” is the prime example of this. The track is a slightly wobbly, utterly giddy tune that, as Dupuis told NPR, “explores the excitement inherent in getting and giving consent.” In an undeniable chorus, she finds a way to turn a very serious and prominent issue into something that’s fun, honest, and — yes — even sexy in its own way. “I say yes to the dress when I put it on,” she sings. “I say yes if I want you to take it off/ I say yes for your touch when I need your touch/ I say yes if I want to.”

Slugger is out November 11th via Carpark Records; pre-orders are going on now for both physical and digital versions. Find the album art and tracklist — which features the previously released “Krampus (In Love)” — below.