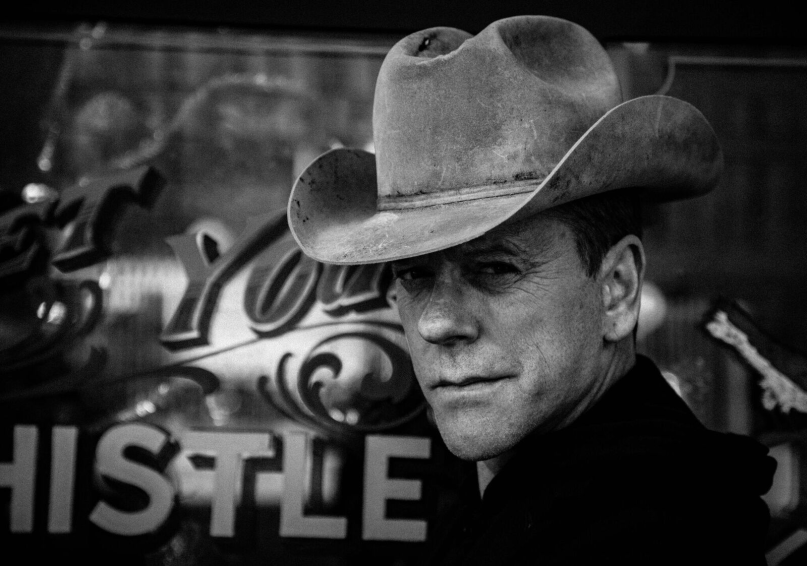 If you think Jack Bauer gets a little weary from all the world-saving he has to do on 24, well, that’s nothing in comparison to the actor who plays him. On his new country rock album Down in a Hole, Kiefer Sutherland sounds like a guy who’s seen some shit in his day. Some real shit.

We’re not sure what the physical version of the album will look like when it’s released August 19th via Warner Music Nashville/Ironworks Music, but it will be at least figuratively soaked in whiskey. Songs like “Calling Out Your Name” and “Truth In Your Eyes” have a rough-edged beauty to them, dwelling in the past like a drunkard in the gutter. But there’s always a feisty guitar lick or a rousing chorus to cut through the muck and bring us back to the present. And on songs like “Going Home” and the title track, Sutherland proves that his gravelly voice may be more impressive than anything in Bauer’s bag of tricks.

Stream Down in a Hole in its entirety below. As mentioned above, the album drops August 19th, which gives you a few days to get buzzed enough to listen to it properly.