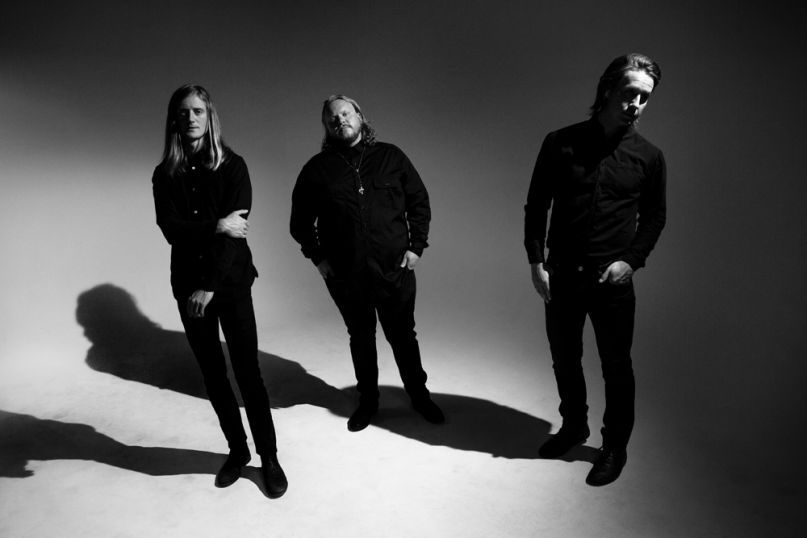 It’s fitting that Midnight Faces hail from Los Angeles, because they make music that’s cinematic in both scope and execution. Any number of the songs featured on their new album, Heavenly Bodies, could soundtrack a film in which the protagonist speeds down the 405 late at night with the windows open and the blinking lights of the Hollywood Hills serving as a kind of otherworldly backdrop. It’s tempting to label this dream pop or shoegaze or some other genre that connotes ethereal sound, but it’s got a quicker pulse than all that stuff. Guitarist/bassists Matthew Doty and Phil Stancil make sure of that, pumping out melodies that propel themselves forward at 80 miles per hour. Whether you’re listening to pulsating album opener “Blue Haze” or the full-steam-ahead “Sirens”, this is music that will take you places.

Doty, who once played alongside Josh Tillman (aka Father John Misty) in the band Saxon Shore, acknowledges that Midnight Faces can be hard to describe. “We are admittedly terrible at talking about our music in any serious way,” he says. “It’s a self-deprecating disease and a result of living in Los Angeles where everyone can’t wait to tell you how they hung the stars. We’re proud of the work we put into this record and are grateful for the skilled humans who added their touch to Heavenly Bodies. It’s a sincere attempt at our own thing. And for the record — we hung the stars.”

Check out Heavenly Bodies in its entirety below. The album drops August 26th.