After covering Pavement and Guided By Voices, they're tackling the future head-on 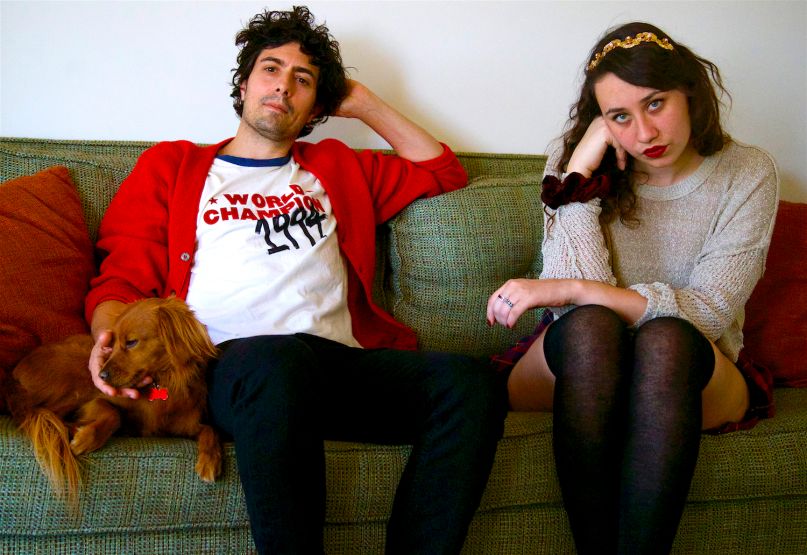 In 2014, rising synthpop duo Ray & Remora revisited the heyday of ’90s indie rock on their 1994 EP. Nostalgic far beyond its title, the effort featured covers of Pavement, Weezer, Dinosaur Jr., and Guided By Voices. (Stephen Malkmus even made a cameo in one of their music videos!) For their upcoming full-length debut, however, they’ve got their sights set on the future — both sound-wise and mentally.

Enter “Startle It Up”, the album’s latest single and title track. Synths wave and whizz, offset only by a lone guitar line which weaves itself through like a bolt of lightning. It’s somewhat familiar territory, treaded by the likes of Purity Ring and MS MR, yet has a futuristic quality to it, as though it could be where pop’s headed next.

Lyrically, the track sees the Los Angeles-based Ray & Remora pushing forward toward a goal. “Eat it up and startle it up,” rallies Amanda Walker, aka Remora, as though she’s staring into a mirror, trying to will herself enough energy and encouragement.

In a statement, Walker tells Consequence of Sound that the song is “about moving on a from a place or group of people and wanting to shake things up in my life.” She adds, “And, because of whatever was going on at the time, ‘Startle it Up’ became a passive anthem to unfollowed dreams and disappointing lovers, to eating up feelings and drinking them down.”

Stream the track below.

Startle It Up the album is due out on September 16th via Aeronaut Records. Pre-order a copy here.

Startle It Up Artwork: