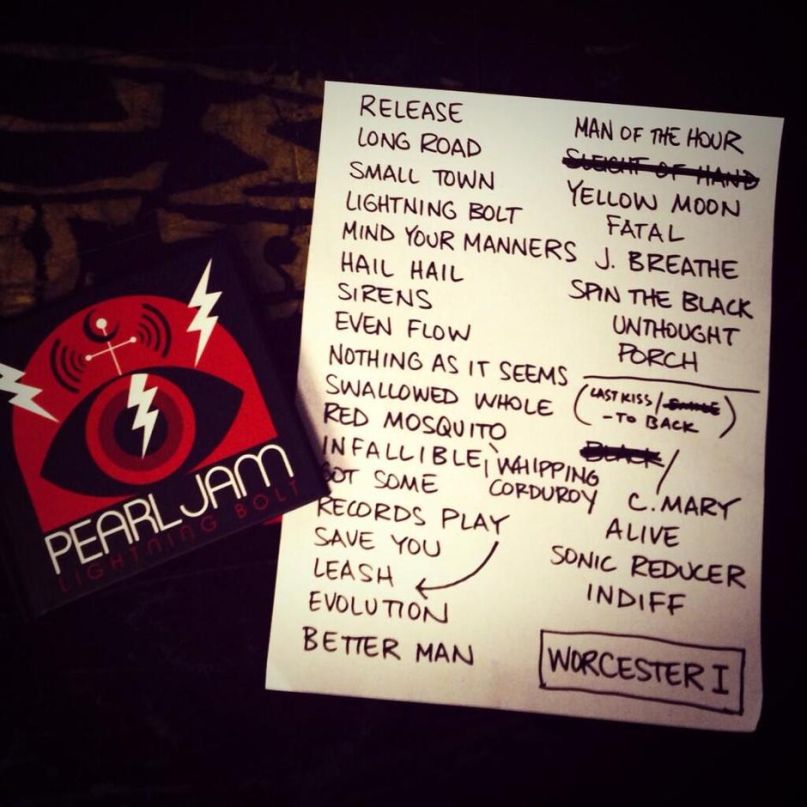 This feature was originally published in August 2015.

Welcome to Pearl Jam Week! In honor of the 25th anniversary of Ten, we’ll be celebrating the entire catalogue of Pearl Jam with exclusive features throughout the week. Yesterday, Michael Roffman and Matt Melis reported back from the band’s triumphant return to Wrigley Field. Today, we revisit our list of the 25 rock acts who never phone in a setlist. If you read on, Eddie and the boys just might sit in a fairly prominent spot.

A setlist is the lifeblood of any performing musician. Pop stars commit them to memory, scraggly rockers duct tape them to the stage floors, and a few brave souls look out into the audience for answers. Then there are those that turn the setlist into an art form, treating it less like a blueprint and more like evolved scripture.

Songs come and go, staples shift around long enough that they’re hardly considered staples anymore, and favorites are diverse and scattered among die-hard fans. But this is a veteran’s game, one that young and aspiring artists work toward, building rich catalogs that beg to be timeless and yearn to be heard.

Ahead, we round up the 25 best rock ‘n’ roll acts today who are not only some of the most talented performers, but also the savviest with a pen and paper. These are the folks you stick around after the show, when the roadies might toss you the night’s crumpled and crinkled memory, which will forever be framed in your office.

These are the acts whose shows define the word “unique.”