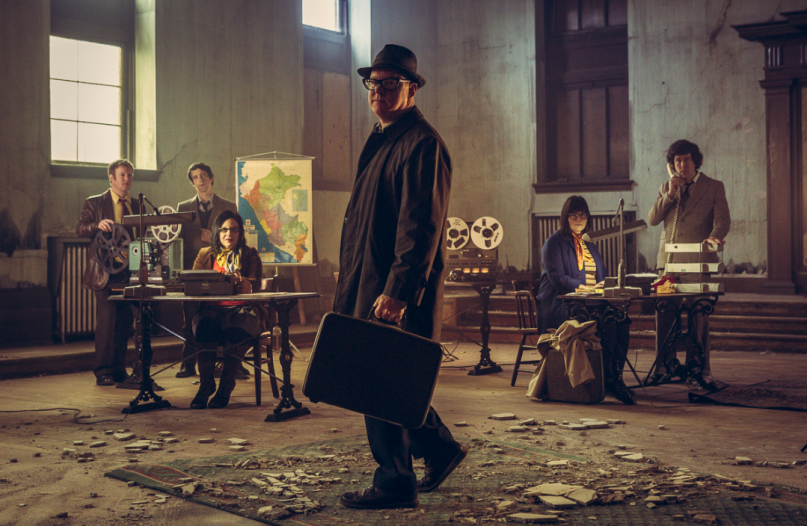 The Minders have been recording music together off and on since forming in 1995 in Denver. Sometimes it released through Elephant 6, others on spinART, but whatever label played home to the band, a lo-fi, DIY aesthetic has always characterized their work. That’s about to change as the band will release their first studio-produced album — and first full-length in eight years — Into the River this September on Space Cassette Records.

Recorded at the Jackpot! Recording Studio with producer Larry Crane (Elliott Smith, M. Ward), Into the River shows the band’s ever-evolving sound at a peak they’ve never reached before. New single “Needle Doll”, for example, is a sharp slice of indie rock that tears its way out of the garage with clawing guitars and frontman Martyn Leaper’s defiant, spiteful vocals. “I’ve been deceived by your secret powers/ You can’t be believed at all,” he calls out. “I need to build me a moat with a tower/ Just to defend my all.”

Leaper himself calls the track a “scratchy, catty breakup song” similar to The Buzzcock’s “Oh Shit” or David Bowie’s “Queen Bitch. “Many of our early songs were mining a similar vein. Most of The Minder’s songs are either love songs or breakup songs. ‘Needle Doll’ is somewhat of an exorcism of a relationship gone wrong.”

The Minders will head out on the road in support of Into the River this September. Find those dates below.