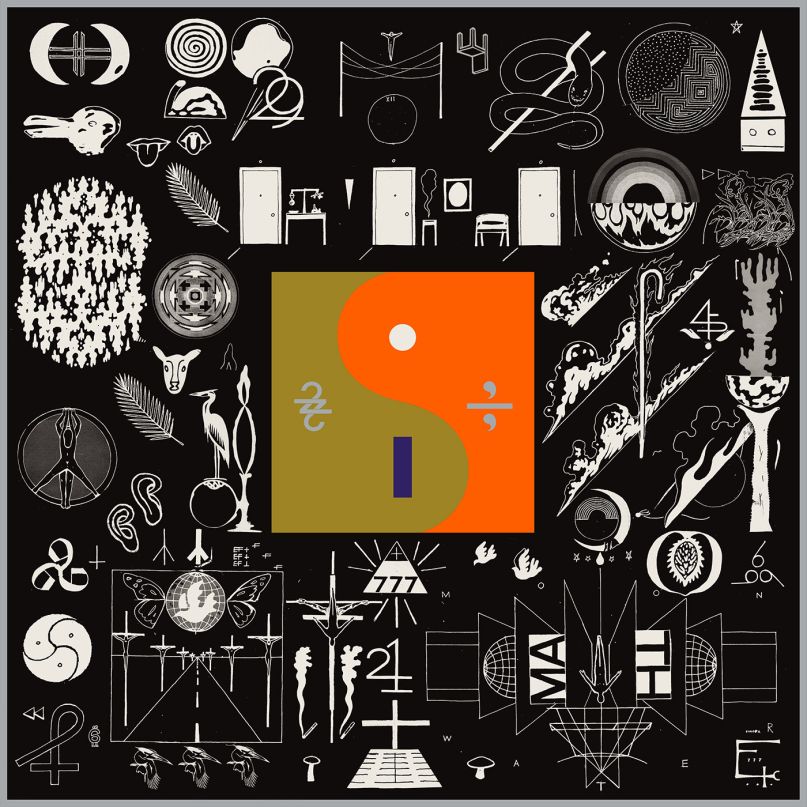 That question famously trended when the musical project of Justin Vernon won a pair of GRAMMYs in 2012, including an unexpected procurement of the Best New Artist award. It was the same question posed to Arcade Fire when they won Album of the Year at the previous ceremony, and was mostly laughed off in Internet-land, where artists like Bon Iver and Arcade Fire weren’t just known commodities, they were tentpoles.

But in 2016, it’s easy to imagine the same public that laughed off the “Who is Bon Iver” question posing a similar query at its third full-length, 22, A Million. Or maybe more accurately, who does Justin Vernon think he is? From the silly, cryptic tracklisting to the actual direction of the music — which ditches much of the acoustic guitar strums for glitchy, vocoded wailings — the Bon Iver of 2016 is hardly recognizable to those still swooning when they hear “Skinny Love” at their local Starbucks. The line between pretension and genius isn’t always clear, and Bon Iver’s new album is more than willing to kick dust onto any marker in the sand.

It’s no coincidence that a couple of Vernon’s favorite collaborators, Kanye West and James Blake, make similar strides toward singular artistic status. For West to have become an all-time great, he’s embraced the idea of alienating people, and he’s seen his own self-confidence as his greatest asset. In a recent interview with The Guardian, Vernon praised West’s ability to love himself, and that comes through on 22, A Million. It’s as assured as anything Vernon has ever done, willing to offend, confuse, or put off.

But it does none of these. From the opening pitched-up vocals that break through the static to assure “it might be over soon” on “22 (OVER S∞∞N)”, Vernon uses his own insecurities and fears as a rallying cry. He sought treatment for anxiety and depression ahead of creating the album, but through music, he makes fears of mortality and impermanence empowering by owning them. Vernon says about West that by believing in himself, others might feel the same thing, and he puts that into practice across the record. It makes the circuit board march of “10 d E A T h b R E a s T ⊠ ⊠”, the power ballad grandeur of “8 (circle)”, and the album’s holy conclusion of “00000 Million” all speak to each other coherently. Regardless of whatever itch Vernon scratches on a particular song, they all stand up straight under scrutiny. The record is sonic confidence, and it’s contagious.

It also will largely be considered a departure from Vernon’s earlier work, but the DNA of 22, A Million can be seen through the right squint. “715 – CRΣΣKS” is as intimate and direct of a folk ballad as Vernon’s ever written, and isn’t foreign at all in structure when compared to “Woods” from the Blood Bank EP, delivered without any instrumental backing. It’s just Vernon’s impassioned vocals, with the vocoder’s presence rising and falling in intensity, the human and artificial elements wrestling with more vigor than Vernon’s previously dared. Later, on “29 #Strafford APTS”, we get the closest to debut For Emma, Forever Ago that the album dares to drift, complete with fingerpicked guitar, keyboard plucks, and orchestral accents, only to inject the robotic vocals into the refrain. The battle between organic and synthetic is gentle without being peaceful, resulting in a sputter near the song’s end, as if the recording equipment couldn’t bear the song’s gorgeous weight.

The trademark drums and horns of Bon Iver, Bon Iver also resurface frequently, but still not in the most expected sense. The saxophones, performed by a collective lovingly referred to as Sad Sax of Shit, sound like music from another room on “29 #Strafford APTS”, while taking center stage for a brief solo on “22 (OVER S∞∞N)”. But there is something grounding in their presence, a rooting of Bon Iver in something from its own past. The Phil Collins-esque drum breaks of “Perth” that punctuate “666 ʇ” work in the same way, without dominating the frame that they’re placed in. Longtime collaborator Sean Carey gives Bon Iver a signature percussive sound, even if there aren’t as many opportunities for him on the new record. Elsewhere, it’s Vernon himself drumming, like on “33 “GOD””, where he veers closer to dirty breakbeats than post-rock grandeur for the song’s many starts and stops. Familiarity is often challenged on 22, A Million, bestowed on the listener to make Bon Iver’s current form a palatable transition, but not so much so that the record loses its central challenge.

That challenge: to accept 22, A Million as what Bon Iver is now, and not what it will remain in perpetuity. It’s not an accident that the record’s most resonant lyric is that “it might be over soon.” The album is fearless in being a temporary identity. Maybe the most universal form we get of Vernon is when he underscores an emotion with a “god damn” or he lets a lyric about staying at the “Ace Hotel” stand unadorned. When so much of the production tinkers with the humanity in Vernon’s own voice and his arrangements, these little reminders of the man behind the music provide a subtle service. But while they’re appreciated, they are not required. The music’s vision and beauty hold together regardless, a sturdy and unparalleled step of confidence. Bon Iver is the creator of three great albums now, and there’s nothing wrong with Justin Vernon being self-aware enough to know that.