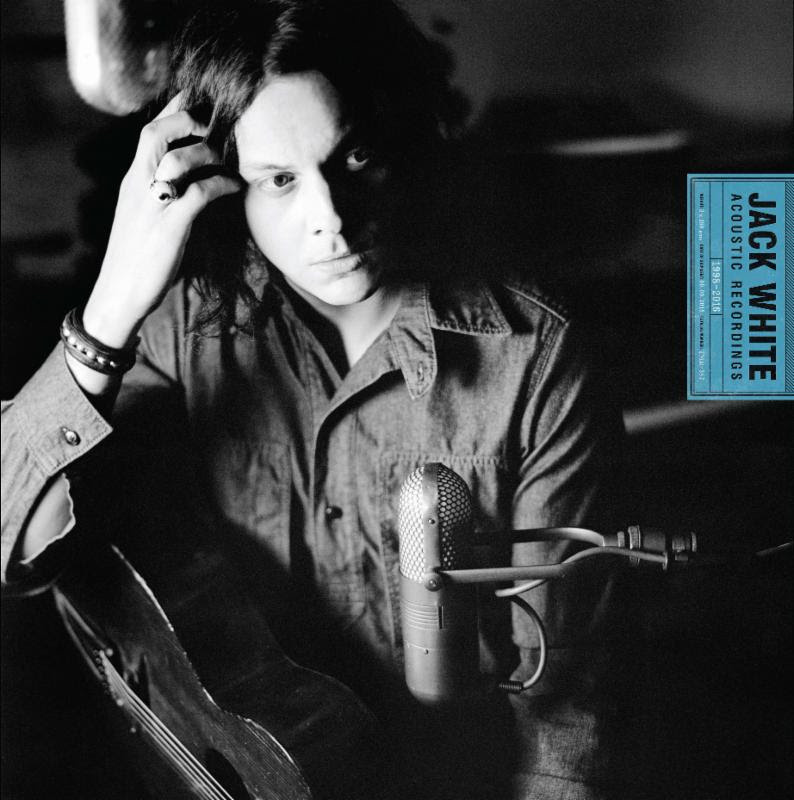 There’s nothing wrong with enjoying Jack White’s music on a surface level. You know, simply because you might be a “blues rock fan” or because his tunes are often uncannily catchy. But that approach discounts the fact that nothing he creates — whether it’s the six albums with The White Stripes, the three with The Dead Weather, the two with The Raconteurs, or the two he released under his own name — is ever obvious or without some ounce of complexity. Traditionally, there’s some sort of subliminal concept in everything he’s produced. Don’t believe me? Go dust off a Stripes album and flip through the liner notes, specifically the poetic, often rant-like passages. Or maybe try to explain why he’s gone on record saying that both “Effect and Cause” and “Want and Able” are part of an incomplete song trilogy, only to leave everyone in the dark as to what that said trilogy might amount to, or when (and with what band) the final tune should arrive … if ever.

That said, a double LP’s worth of acoustic tunes – aptly titled, Acoustic Recordings 1998-2016 – might appear to defy that notion. At 26 tracks, clocking in at just under 90 minutes, the collection could easily be mis-interpreted by passersby as a bloated cash grab, a cheaply contrived in-between-albums release that will keep public interest alive; Lord knows the super-fans and ardent record collectors will snatch it up to keep their catalogue complete. After all, despite featuring a couple of previously unreleased songs (e.g. “City Lights” and “Love is the Truth” aired once in a Coca-Cola commercial), more than half the album’s tracks are lifted from their respective records as-is, without so much as a remix to accentuate their acoustic-ness. But examine the details of this collection, and you might find that, yet again, White seeks to reveal some deep-seated aspect of his artistic identity by way of hints through minute details.

Remixes of staple songs underscore an initially acoustic approach – essentially, the basis for all his projects save the Dead Weather, who are notably absent here – by bringing to the forefront the static of tape rolling (“Apple Blossom”, “You’ve Got Her in Your Pocket”), small mistakes left in during one-take cuts (Meg’s bells hitting the ground abruptly on “White Moon”), or vocals fading slightly in spots when the mouth strays a bit too far from the recording mic (“I’m Bound to Pack It Up”). In fact, listening closely to any of the tunes reveals imperfections everywhere, which are inevitably inherent elements of White’s humanity and, by extension, his music. It’s “mirror-music,” asserts renowned music journalist Greil Marcus in the liner notes for the album. “The singer talking to himself, trying to tell himself the truth, which he’s going to need if he’s going to step out of his door, walk into the world, and fool himself, for just a second, that he’s ready to take it on …”

The raw, one-take quality that even shows up in slightly mismatched overdubbed harmonies on some songs — notably, “Hip (Eponymous) Poor Boy (alternate mix)” and “Want and Able” — is what links White’s style to the blues tradition of evoking feeling over merely entertaining, something he’s essentially strived for since he first heard Son House’s Grinnin’ In Your Face”, his favorite song and inspirational seed. It may also feel off that the tracklist isn’t ordered chronologically by release date, but by the era of their conception. Exceptions to the linear timeline include “City Lights”, released this year though initially conceived during the 2005 sessions for Get Behind Me Satan; the Beck-produced “Honey We Can’t Afford to Look This Cheap” dropped in late 2007, but likewise with origins two years prior; and the acoustic mix of “Machine Gun Silhouette”, which was finished sometime after the original version’s release as the B-side to Blunderbuss lead single “Love Interruption”.

What’s revealed by all these components is not a complete map of White’s songwriting mind, but a glimpse of his prolific processes, how – even as the White Stripes were collapsing – he was already building a bridge between that canon and his future conceptions with the Raconteurs and his solo career. The differences on alternate takes like “I Guess I Should Go to Sleep”, which features deep, rich background vocals from Pokey LaFarge and members of his South City Three band, and “Top Yourself (Bluegrass version), with either White or Raconteurs co-writer Brendan Benson presumably playing banjo, divulge a creative character that tries every possible iteration before settling on an idea of “finished.”

It’s astonishing to realize that the included outtakes barely scratch the surface of what’s tucked away in White’s vault, an idea that won’t be appreciated by the casual JW listener, nor casual music listeners of any sort. One can’t drop the needle on this record and start a conversation with a friend, commence to kissing a lover, or begin multi-tasking in any way without missing the particulars that make it special. Maybe that means it won’t be a best-seller, or go down in history as an essential Jack White record. But it’d be a waste to listen to this assemblage with anything but the most discerning ear. It may well be another two decades before White unveils the end of his mysterious trilogy (seems likely the third song will also be acoustic) or perhaps his persona in its totally. For now, as a clue, we have this album of nuances, a revue of a career, where the delight is consistently in the details, some of them random, and others masterfully intentional.