Merchandise – A Corpse Wired for Sound

Though the Tampa rock band's lineup has slimmed, their sound has only gotten even more robust 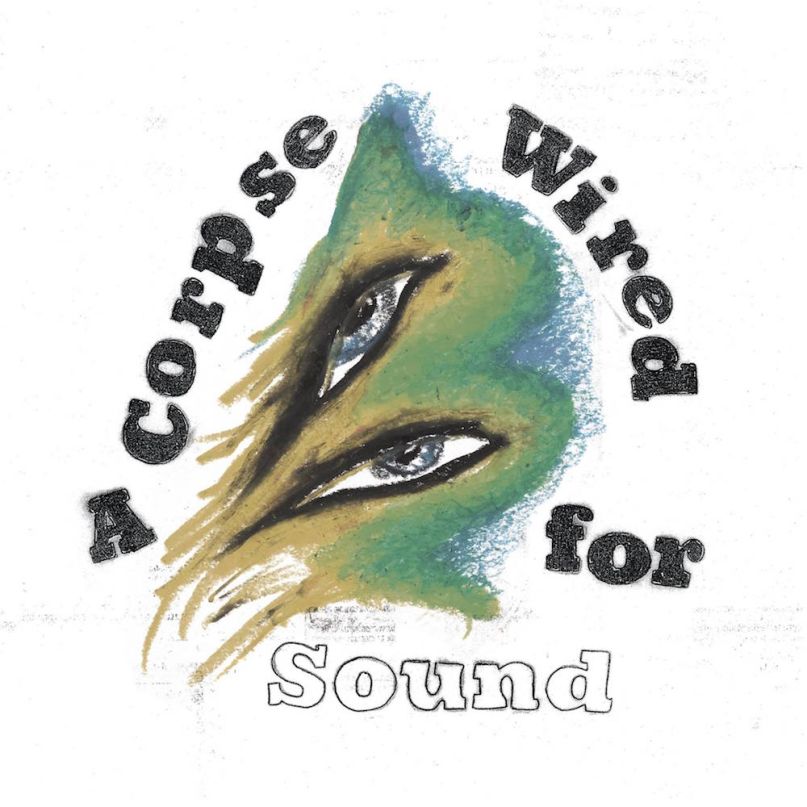 By now, Tampa trio Merchandise’s noisy beginnings, rooted in the band members’ stints in hardcore punk groups, are hard to detect given their current music. In recent years, frontman Carson Cox and co. have mostly borrowed from ‘80s post-punk, noise rock, and shoegaze, consistently bringing to mind bands like The Smiths, The Jesus and Mary Chain, and My Bloody Valentine. Meanwhile, they’ve had a penchant for anthemic sonics going back to the guitar riffs of “Worthless Apology”, from their 2010 debut (Strange Songs) In the Dark, and the shredding of the same album’s “Foolish”. Nowadays, though, those instrumental choices are ringing out clearer than ever thanks to increasing production value.

For about half of the gorgeous, majestic songs on A Corpse Wired for Sound  — Merchandise’s second album on the 4AD label — the band headed into an actual recording studio for the first time ever, traveling to Italy to work with producer ICIO. Meanwhile, they’re back to their core three-piece lineup of Cox, Dave Vassalotti, and Pat Brady, but they don’t sound sapped of force or energy in the slightest. If anything, they sound more robust than ever. At the same time, the evidence of Cox’s excellent songwriting is building. As A1 as the production is, its sheen wasn’t needed to make a solid album. The songwriting alone would’ve made sure of that.

If Corpse doesn’t play like a major leap forward for the band, that’s because they’ve already made great records, evolving steadily. Their ambitions were clear by the time of 2014’s After the End, if not 2013’s Totale Nite or even 2012’s Children of Desire. Instead, Corpse solidifies what the band has become: a passionate and powerful rock band, despite their worries that rock music is sounding more antiquated by the year. The album’s first highlight, “Crystal Cage”, doesn’t earn that distinction because it’s particularly catchy or packed with memorable riffs; it’s because of the practically stadium-ready sound and the unity between Cox’s voice and each instrumental element. No joke, it’s the first time this band has ever reminded me of U2. Later, “Lonesome Sound” proves to not only be the most successful of the album’s three singles so far (“Flower of Sex” and “End of the Week” are the other two), but also one of Corpse’s two or three best songs overall, a storming stomp with bending guitar leads and a little “There Is a Light That Never Goes Out” embedded in its DNA.

There are also songs here where the band delve into sounds and styles they’ve worked with before, just not this wholeheartedly. They leave behind strict rock music structures from time to time, like on “Right Back to the Start”, a hazy, melancholy synthpop gem. In the nine-song tracklist’s penultimate spot, the six-minute “I Will Not Sleep Here” is the closest the band has ever gotten to a masterpiece, marrying a rock solid songwriting foundation with expansive production. Something about it reminds me of Girls’ “Hellhole Ratrace” — no small feat. From the intro’s crystalline acoustic strums, to the swirling electronics, to the skying guitar leads that come later, it’s a buffet of sounds and textures, revealing more and more with each listen. Still, it would be affecting even if it was stripped way down.

“I Will Not Sleep Here” also features a stunning vocal performance from Cox and some of the album’s most evocative lyrics (“Blood is thicker than water, but both can go down the same drain”), magnifying the notion that Cox, with his Morrissey-esque croon, is realizing his potential as a frontman. For those who have paid close attention to the band’s evolution, it seemed inevitable that he would get to this point. Accordingly, A Corpse Wired for Sound feels like a culmination.

Essential Tracks: “Crystal Cage”, “Lonesome Sound”, and “I Will Not Sleep Here”