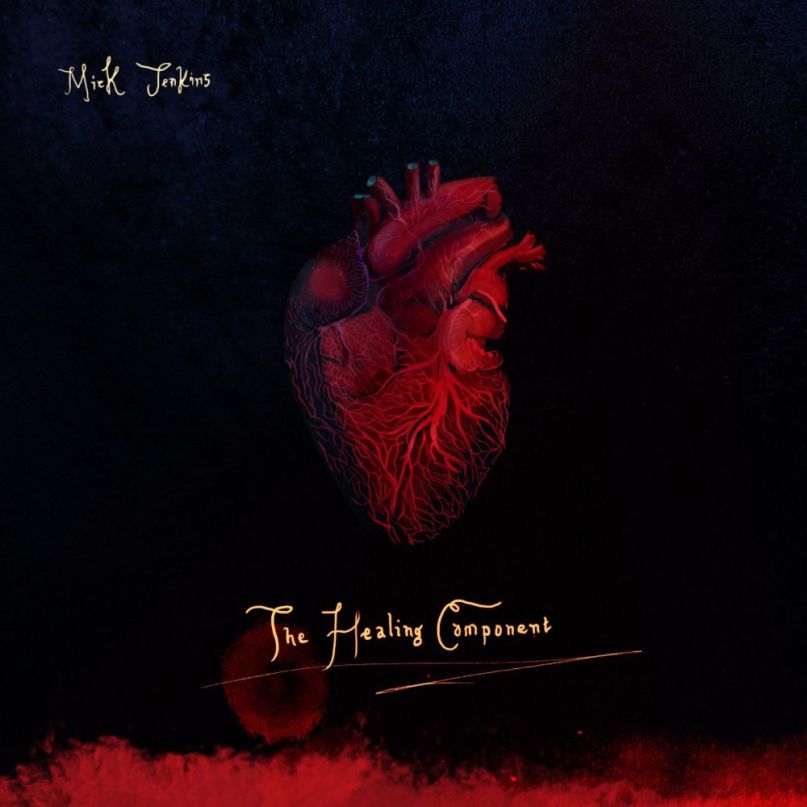 Mick Jenkins works well with seemingly simple directives, things that should garner a “no duh” and instead sound revelatory in his voice. The first such mantra that struck a major chord was good advice: “Drink more water.” And while it likely kept more kids in his home of Chicago and the rest of the world better hydrated, there were layers of metaphor and message, “water” far deeper than it might initially seem. Projects like The Water[s] and Wave[s] allowed for both simple pleasure and thoughtful analysis — like, for instance, an essay on Genius comparing Water[s] to T.S. Eliot’s “The Wasteland”. For his debut full-length, Jenkins chose a new directive to bring to the world. It’s equally simple, but far less veiled: “Spread love.”

But that’s not to say that water and love have nothing to do with each other or that he’s moved on. Water referred to the true nature of the world, a life-giving essence at the core of everything. As such, it necessarily equates to The Healing Component, which itself is love and an easy stretch on THC. The truth, weed, water, love, all tied together in his worldview: “And they be asking, “What do love got to do with the point?”/ It’s the soothe in your water, it’s the truth in your joint,” he notes on the sublime “Spread Love”. He’s the plug for water, dealing it out by the jug, bringing truth and love to the world. “I brought the water in a mason jar/ I’m trynna build, that’s masonry in the literal sense.”

Jenkins feels a need to build a ladder out of the dark reality he sees around him. Over a sour ticking clock beat from BADBADNOTGOOD, the Chicagoan takes a turn on “Drowning” to show the potential pain of knowing the truth. “When the real hold you down, you supposed to drown right?/ Wait, wait, that don’t sound right,” he offers on the hook, refusing to accept that oppression is the norm. He details a few aspects of that oppression in an incredibly succinct set of lines on the verse: “I was high and I was startin’ to lose focus/ Then I stumbled in the water, I was trippin’, I was chokin’/ Saying, I can’t breathe.” Jenkins has detailed his former dependency on weed, since then growing to a more lucid place (In some circles misconceptions make ’em think my inspiration herbal, it’s not/ I mean sometimes it is,” he offers on “1000 Xans”). The harsh image of him tripping in water is terrifying, his voice practically physicalizing the choking and drowning. And the words he comes to, “I can’t breathe,” tie in the other prevalent pain of reality, especially in his home city: violence. The last words of Eric Garner spoken aloud bring an entire history of abuse and oppression into immediate focus.

As in the past, Jenkins sees the world and his art as coming from a place of inherent conflict, of both the pains and violence and the hope and love. To deny either is to deny reality. While the love he discusses throughout the album largely is that of a love for existence, for fellow man, for self, it fills a place as romantic love at times as well. On the Kaytranada-produced “Communicate”, Jenkins sounds just as good leading the way on the dance floor as he does orating the more “serious” topics. Between beguiling hooks from Ravyn Lenae, Mick references everything from Narduwar to John Smoltz in his wooing. Of course, even this ties to water: “Got a boat for this water, take a ride with me.”

On “Strange Love” and “Angels”, he exalts love of God and love of self, and on “As Seen in Bethsaida” the story of Jesus feeding the people with loaves and fishes connects to a need for “good kush, good sex.” The production ranges from icy to neon. And yet these tracks all clearly feel cut from a single cloth. The Healing Component evolves Jenkins’ worldview boldly, keeping his messages easy to digest but bursting with meaning. Jenkins is comfortable with dichotomy and juxtaposition; if the world is capable of such terror and such joy, then we need to make sure we’re ready for both, to face the darkness and to revel in the beauty. The water is the healing component, and Jenkins is bringing it to the world one track at a time.