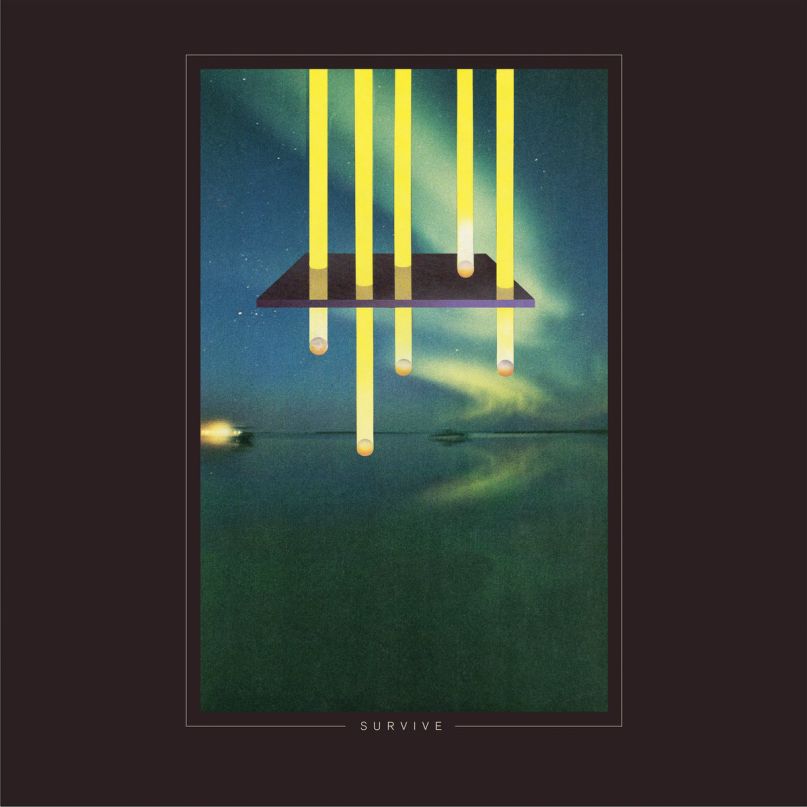 It’s about time Survive turned some heads. The Austin synth outfit has been issuing vintage compositions for over half a decade, rearing its glossy head at can’t miss events like Moogfest, Levitation, and Decibel. In 2014, they drew some acclaim when director Adam Wingard used a couple of their tracks for his throwback action thriller The Guest, but when that film was cruelly ignored, it was back to the waiting room for the outfit. That is, until The Duffer Brothers came knocking sometime last year, hiring one half of the group — Michael Stein and Kyle Dixon — to score their nostalgic Netflix series, Stranger Things.

Oh Stranger Things, when will we ever stop talking about you? It’s been two long months since the Spielberg-adoring show hit homes and it would appear that everyone still can’t get enough of the overnight franchise. Whether it’s watching the kids play guitar, spit bars, and sing Les Misérables or bringing asinine theories to life, the addiction is real. Fortunately for Survive, much of that hyperbolic obsession has extended to the music, too. Which is why Lakeshore Records wasted zero time issuing the two volumes of music that Stein and Dixon composed, satiating the fans who wanted to bathe in warm, vintage synths.

So, it’s good timing that Survive returns now with RR7349, their sophomore album and debut for Relapse Records. The only question that remains is whether or not those same fans will follow. Suffice to say, the bridge won’t be too daunting for them; granted, it’s not Stranger Things, but it’s also not not Stranger Things. Most listeners will no doubt recognize the influence of John Carpenter, or Tangerine Dream, or Goblin, or any of the other synth gods that have been tagged to the outfit since the get-go, which is to say, the same tags that fans of the series have stuck on them since July.

(Interview: A Guide to Creating Synth Music, According to Survive)

Having said that, RR7349 is a more complex affair than Stein and Dixon’s work on Stranger Things and for obvious reasons, above all being the involvement of Adam Jones and Mark Donica. The two other members of Survive add a rich weight to the sound that new fans coming over will recognize right away — and certainly appreciate. There’s so much going on in each of the album’s nine tracks; they’re like a series of dense tapestries that slowly unfurl upon multiple listens. As such, RR7349 is a headphones album, but one that extends beyond the bedroom and into the damp streets of a midnight post-apocalypse.

It’s very bleak stuff, making it something of a departure from their 2012 debut, Mnq026, but it’s not without redemption. In a sense, the album feels split in two with middle anthem “Wardenclyffe”, what with its cascade of aural fireworks that aren’t too dissimilar from “Hourglass” before it, serving as the turning point towards hope. Following the distant thunder of “A.H.B.”, which could have easily served as the theme to Carpenter’s Escape From New York, feelings of desperation (“Other”), defeat (“Dirt”), and solitude (“High Rise”) sink in, making way for moments of anger (“Sorceror”), reflection (“Low Fog”), and triumph (“Copter”).

Naturally, that leaves closing track “Cutthroat”, a four-minute footnote to the sprawling six-and-a-half minute epic that preceded it. In some respects, it feels something like a bookmark to “A.H.B.”, one last thematic anthem to try and close the door, only they leave it slightly ajar — you know, like any self-respecting genre film. Ah, there we are again, right back to the serials, the movies, the silver screen fodder that brought so many of you here in the first place. The major difference is that Survive are offering their own story here and one that doesn’t come with pre-packaged images of Eggos, Barbs, and Demogorgons.

C’mon, you can think of stranger things than that.