An Insider’s Guide to Throwing a Popular Music Festival 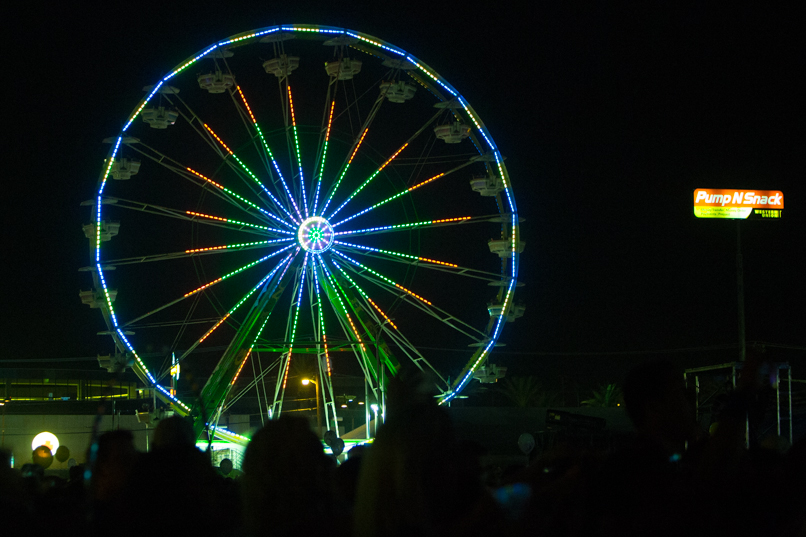 Thinking of starting your own music festival? Good luck with that. With approximately 32 million people (greater than the population of Texas) attending at least one of the many thousands of festivals held across the world every year, you’re bound to run into a bit of competition. But if the entrepreneurial spirit and thirst for immortality proves too hefty to ignore, there are a few things you should know first.

Which is why Consequence of Sound assembled a panel of music industry experts — including Another Planet Entertainment Vice President Allen Scott, Life Is Beautiful CEO Justin Weniger, and Head of Live Music & Performance Craig Nyman — in advance of next weekend’s Life Is Beautiful festival to give us the skinny on what it’s like to throw your own music festival.

“I think the first thing that they need to know is that they should be willing to take a million dollars in cash, light it on fire, and not put it out,” says Scott. “I think that’s the first thing, because the majority of festivals, the vast majority, lose a lot of money in the first year or two.”

Luckily when Life Is Beautiful started in 2013, downtown Las Vegas was in the midst of a massive revitalization effort spearheaded by Zappos CEO Tony Hsieh, who poured $350 million into the city. Initially part of that revitalization effort, Life Is Beautiful has since grown into a three-day music festival with food, art, and a speaker’s series that has expanded over 18 city blocks of downtown Vegas real estate.

But what happens if you don’t know any multi-millionaire investors? “You need to meet some people with a tolerance for pain,” Scott says. “Anyone who has money in a festival as well as working on a festival needs to be 100 percent committed to it. There’s a lot of challenges in the growth of festivals, but once it works, there’s just a huge payoff in what you created. Beyond the money, but just what you’ve created and how it becomes a fabric of the community it’s in.”

Next up, a killer lineup.

“We start talking to the headliners over a year in advance,” says Scott. “We’re already talking to headliners for next year and already have offers in to two, so it’s a year-round process. But that’s where you start, with the headliners. But so much of it has to do with timing [and] when they’re touring. It’s a crowded festival landscape, but we really try to book for what works for Las Vegas, knowing that close to half the audience comes from Las Vegas.”

Rare bookings also play a crucial role. “Two years ago, we did The Weeknd’s first festival play in over two years,” says Scott. “This year, we have The Shins’ only festival play of the year. Last year, it was Lionel Richie that we put before Outkast.” Nyman adds a few more pointers about this year’s lineup, saying: “Mumford & Sons haven’t been back to Vegas in five and a half years, [and] The Lumineers have never played Vegas before.”

But even if you’re able to curate an excellent lineup and find a great space to host your festival, you still need to engender the support of local politicians and government entities, which can be a tricky space for fledgling music festivals to navigate. Thankfully, this has not been much of an issue for Life Is Beautiful. “This is a city that understands the value in an event like this,” says Weniger. “We’re very fortunate to have the support that we have here in Las Vegas.”

“A lot of it is being transparent with the city, and working with them and letting them know your intentions and what the event is trying to deliver,” Scott adds. “There’s an army of people who are involved and affiliated who work to make this happen. It’s a collective effort.

“Booking the lineup is just one small part of hosting a festival,” Scott continues. “You then have to put tickets on sale and market it. There’s the whole digital marketing aspect, there’s the website, there’s the social media. Then there’s the operations and production: the stages and all the production that goes into that, the backstage dressing room and hospitality for the artists, catering, the setup, fencing — miles and miles of fencing — Port-a-Johns, there’s VIP areas, there’s table service, all the food and beverage… There’s hundreds of security that are involved, there’s the local police, fire, medical, department of public transportation, highway patrol. It all goes into this.

So what’s the biggest challenge to throwing a music festival?

Yet the challenges, much like festivals themselves, evolve over time.

“The first year it’s always setting up the site and how the site’s gonna work and how it’s gonna flow and how it feels for the audience, and getting all your procedures in place and everything … insurance, paperwork, [and] contracts,” says Scott. “After year one and two, once you get things humming, it becomes that talent — particularly that top-tier talent — because there’s only so many headliners out there. You not only want to get your headliners, but you want to try to make them unique.”

So is the festival market oversaturated for new entrants? That’s a multibillion-dollar question, but the panel did have some thoughts on the topic.

Yet even if you throw the perfect festival and keep growing attendance every year, as Life Is Beautiful has been able to do, you continue to have to outdo yourself year after year. “You have to continue pushing your festivals forward,” says Scott. “We’re one of the few festivals with a speakers series, art at this festival is second to none … now food is becoming an important component at a lot of festivals, so how do you continue to push those things?

Life Is Beautiful is being held September 23-25 in downtown Las Vegas.