Chance the Rapper crashed AAHH! Fest prior to his own Magnificent Coloring Day — watch 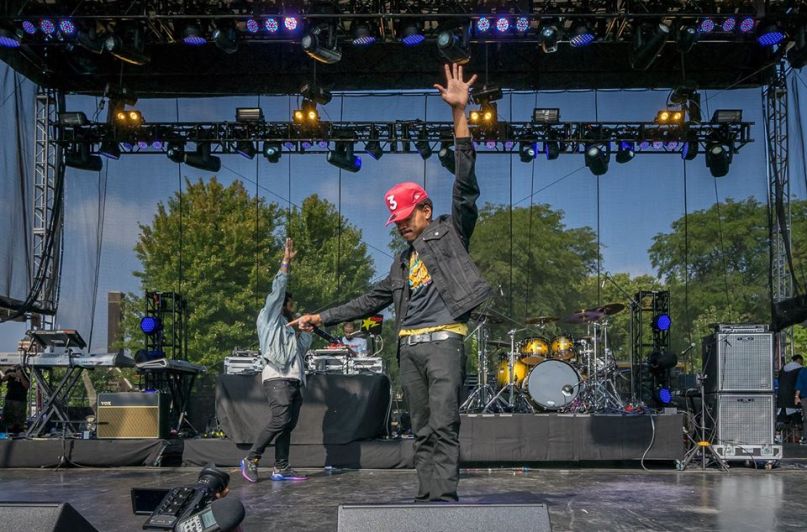 Fans of hip-hop living in Chicago find themselves in a tough spot today. In a somewhat awkward happenstance, Chance the Rapper’s Magnificent Coloring Day is going down at the same time and mere miles away from Common’s AAHH! Fest. There doesn’t appear to be any hard feelings, however, as prior to hitting the stage at his own fest, Chance made an early afternoon surprise appearance at AAHH! Fest, treating Chicago youth to performances of “No Problem”, “Blessings”, and “Sunday Candy”. You can watch a Periscope recording of his short set here.

.@chancetherapper is so dope for showing up to AAHH! Fest on his big day. #AAHHFest #MCD

It was pretty great watching Chicago kids running toward the stage when @chancetherapper drops by @common Aahh! Fest pic.twitter.com/Osp0csmgF5