A look back at a sophomore album that moved hip-hop in a bold, new direction 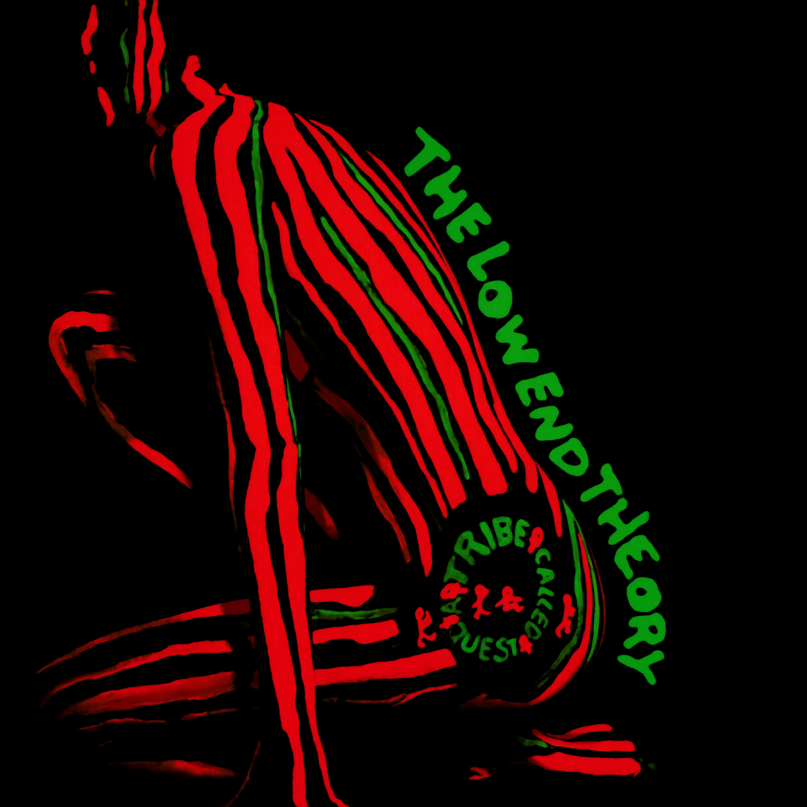 Dusting ‘Em Off is a rotating, free-form feature that revisits a classic album, film, or moment in pop-culture history. This week, Wren Graves celebrates 25 years of A Tribe Called Quest’s classic sophomore album.

Jonathan Davis, Malik Taylor, Ali Shaheed Muhammad, and Jarobi White met at the Murry Bergtraum High School for Business Careers. This New York high school required the boys to focus on one of eight majors, like Marketing, Information Systems, or Accounting. A few years later, Murry Bergtraum High would expand its arts programs, but the offerings were slim in the mid-’80s when the four boys were attending. And while Muhammad had received some music lessons from his uncle, none of them had much in the way of formal musical training. If they had been born a few decades earlier, they might never have been musicians at all. As it is, they arrived at just the right moment to change music forever.

Now, the human voice is created when air is forced over vibrating vocal folds. The sound we hear is vibrating air, and so it makes sense that, musically, it has always been used like a woodwind instrument, emphasizing changes in volume and pitch. In most parts of the world, this kind of music has been the only way you could listen to the human voice for the last half-century. But in the late ’70’s, a group of American innovators began to offer audiences a totally unprecedented musical idea: the human voice as percussion instrument.

It’s a good idea. As a profession, it has what economists call a “low barrier to entry,” which means it’s not too expensive starting out. An example of a high barrier to entry is pop music; prospective pop stars generally have to put in thousands of hours in dance classes and vocal coaching. To get a Beyoncé or a Justin Timberlake takes a lot of money and requires total parental commitment. But hip-hop doesn’t have that problem. Rapping has that low barrier to entry. No genius is left behind.

So Davis, Taylor, Muhammad, and White met at the Murry Bergtraum High School for Business Careers, and they decided they wanted to be musicians. At first, Davis called himself MC Love Child, and Taylor was Crush Connection. They pursued solo careers but sometimes performed together. MC Love Child and Crush Connection changed their names again to Q-Tip and Phife Dawg, respectively. They officially joined forces and christened themselves A Tribe Called Quest.

ATCQ released their first album, People’s Instinctive Travels and the Paths of Rhythm, in 1990, the same year that Vanilla Ice dominated the charts. “Ice Ice Baby” was the first rap song to become the number one song in the country, and while it’s pure kitsch, it brought a lot of attention to hip-hop music and the genre’s more interesting artists. There were also controversies: “Fuck the Police” and “Cop Killer” received breathless coverage on the newly formed cable channel MTV. Percussive vocals were going mainstream.

While Ice Cube and Ice-T were doing to urban radio what Johnny Cash did to country, the Tribe eschewed violence. They were associated with the conscious rap movement and the afrocentric Native Tongues Posse, but unlike other members of the collective like De La Soul, the Tribe weren’t very political. On the first track of People’s Instinctive Travels, Q-Tip announces his intention to be different — to focus on the little things in between. He says he has arrived, “Slingin’ this an’ that/ ‘Cause this an’ that were missing.”

People’s Instinctive Travels isn’t just a promising debut; it’s a great album. Muhammad’s quirky production style shines. Lyrically, Q-Tip dominates, and from the funky fun of “Bonita Applebum” through the laid-back stylings of “Can I Kick It?” to the wry sense of humor of “I Left My Wallet in El Segundo”, the record is chock-full of classic cuts. But sophomore follow-up The Low End Theory is better.

This doesn’t come at the expense of Q-Tip; the emcee who nicknamed himself The Abstract remains the spirit guide for the Quest and is the only group member to write for each track. He starts out the album by going solo on “Excursions”.

“Back in the days when I was a teenager/ Before I had status and before I had a pager/ You could find the Abstract listenin’ to hip-hop/ My pops used to say it reminded him of be-bop.” Over a bubbly bass line, Q-Tip’s voice slides into the pocket of the beat, as smooth and sharp as a knife through butter.

His voice is simultaneously nasal and perfectly pure, and it might be too smooth for his own good. Phife Dog’s voice works to balance the smoothness, the way a bite of bacon can balance the sweetness of maple syrup. The thing is, The Low End Theory isn’t better just because there’s more of Phife Dawg this time around; it’s that Phife himself is better.

Check out Phife’s verse on “Can I Kick It?” off People’s Instinctive Travels, which starts around the 2:19 mark.

He’s got some fun, silly stuff (“Mr. Dinkins will you please be my mayor?/ You’ll be doing us a really big favor”), but he also has a lot of wasted lines where the only purpose is to fill a rhyme. “Boy this track really has a lot of flavor/ When it comes to rhythms, Quest is your savior/ Follow us for the funky behavior”). Most of the words are one or two syllables long, and the language is generally bland. Compare that to his star-making turn on “Buggin’ Out”, the second track off The Low End Theory.

The language is colorful, and the self-deprecating punchlines come fast and furious. “Microphone check, one-two, what is this/ The five-foot assassin with the roughneck business/ I float like gravity/ Never had a cavity/ Got more rhymes than the Winans got family.”

This is an important moment. The group now had two tremendous emcees. This is the moment that A Tribe Called Quest took the figurative championship belt for Greatest Rap Act in the World.

Phife, the “five-foot assassin,” also called himself the “funky diabetic,” and earlier this year he died at the age of 45 due to complications from that illness. His verbal assaults on himself (“Malik, the five-foot freak”) could be as biting as anything that Biggie and Tupac directed at each other and were a big part of the greatness of ATCQ. For his self-deprecating and contributions to hip-hop, Phife has earned a place among the immortals. Q-Tip, too, of course, but “Buggin’ Out” is the first time we heard it all come together.

If Phife Dawg hadn’t made such a leap between his first and second albums, perhaps the Tribe would have gone the way of the Leaders of the New School, with whom they share the album’s final track. “Scenario” was the biggest hit of the Tribe’s careers, and it makes a strong case for being the best posse-cut in the 40-year history of rap. For my money, Busta Rhymes gets the W, but I would entertain arguments for Phife Dawg or Charlie Brown.

The Leaders of the New School eventually disbanded, a casualty of clashing egos. In contrast, A Tribe Called Quest seemed to have few internal issues over their first five albums, and so it was a surprise when they broke up in 1998. The group seemed to have run out of steam on their final album, The Love Movement, and Q-Tip wanted to pursue a solo career.

There are rumors of a forthcoming album of new material, recorded before Phife’s death. If true, it’s sure to be an interesting listen, although it probably won’t do much to change their legacy. During the ’90s, hip-hop was evolving at a breakneck pace, and by the end of ATCQ’s run, the music had passed them by.

Still, their influence has been felt in the introspection of Nas, the punchlines of Eminem, the samples that Kanye chooses, the jazz of Kendrick’s To Pimp a Butterfly, and in pretty much every hip-hop song that has been called indie, alternative, or backpack rap. A Tribe Called Quest found joy in the quotidian details of life, in nothing more than “this and that,” and changed the sound of popular music. They arrived at a moment when the frontiers of hip-hop were mostly unexplored, and mapped out bold new directions.