Their debut album is due out this Friday 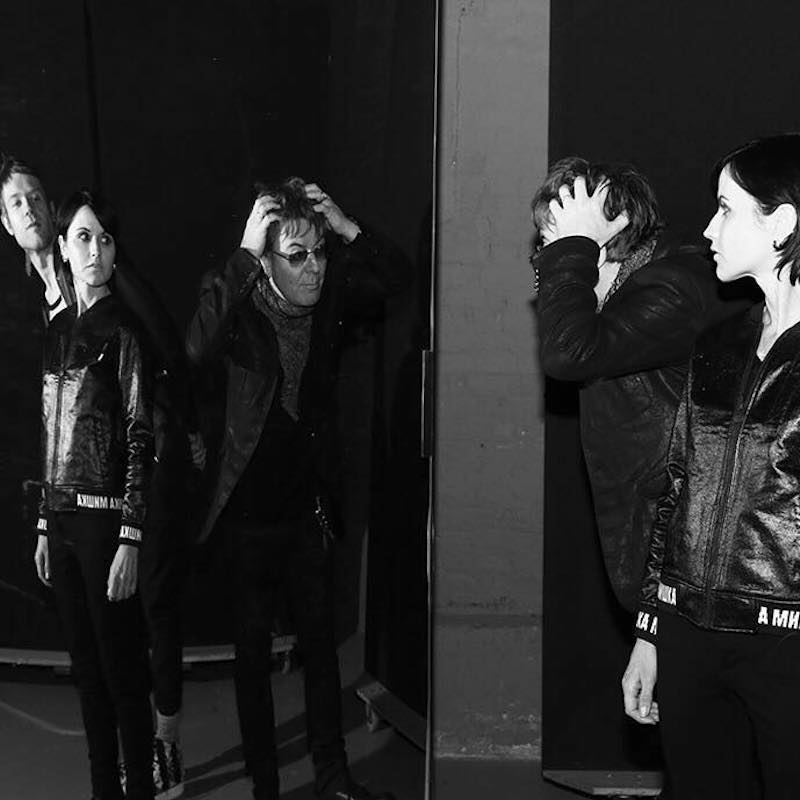 It’s impossible to hear “Cranberries/Smiths supergroup” without bringing certain assumptions to the table. You expect a bit of doom and gloom, maybe some shimmering guitars and certainly a haunting vocal. The last thing you expect is a thumping club track with vocoder effects over Dolores O’Riordan’s powerhouse of a voice. But that’s exactly what D.A.R.K. are giving us on their new track “The Moon”.

DJ and group member Olé Koretsky says that D.A.R.K. were going for an unsettling Twin Peaks vibe when the track came into existence. “It was just a vague disco sketch that Andy [Rourke] and I kept pushing… ‘Think Angelo Badalamenti, think Twin Peaks,’ we would say to the mix engineer. That’s what we were going for and we really wanted to feature those guitars,” he explains to Consequence of Sound. “I advocated for a cleaner mixdown and wanted to restructure it into a proper song format but Dolores didn’t want to change a thing. She put her vocals on and now it’s probably my favorite track on the album.”

The spooky track is the fourth one to be released from D.A.R.K.’s upcoming debut album, Science Agrees, following “Curvy”, “Loosen The Noose” and “Gunfight”. The album is set to drop this Friday (September 9th) on Cooking Vinyl.