Another preview of the Detroit MC's upcoming Atrocity Exhibition 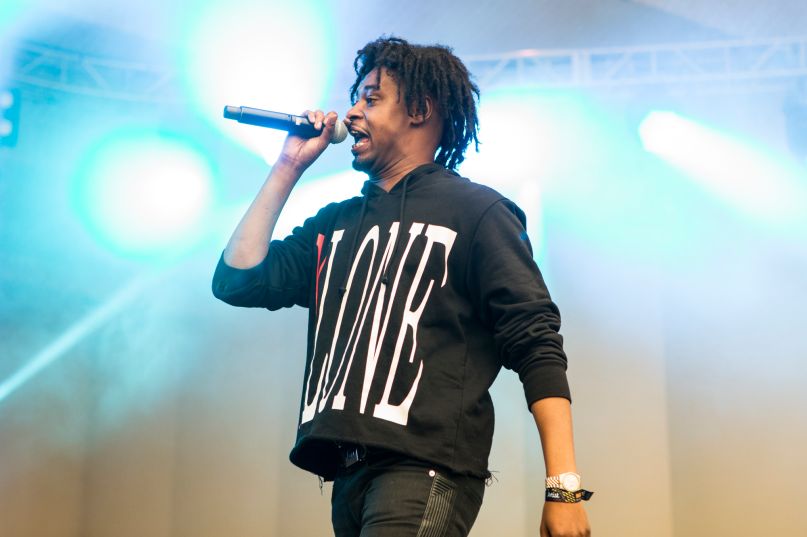 Atrocity Exhibition is the highly anticipated album from Danny Brown, due to hit shelves on September 30th via Warp. The 15-track collection was named after a Joy Division song and counts Björk, Talking Heads, and System of a Down as influences. Kendrick Lamar, Earl Sweatshirt, Ab-Soul, and Kelela are listed as special guests.

Already we’ve heard a pair of songs off the record, “When It Rain” and “Pneumonia”. Today, the Detroit rapper has broken off another preview in “Rolling Stone” featuring Petite Noir. Hazy and led by funky bass, it recalls the West Coast rap of yesteryear.