Featuring interviews with the musical madrés of Dr. Dre, Michael Stipe, Mike D, HAIM, and others 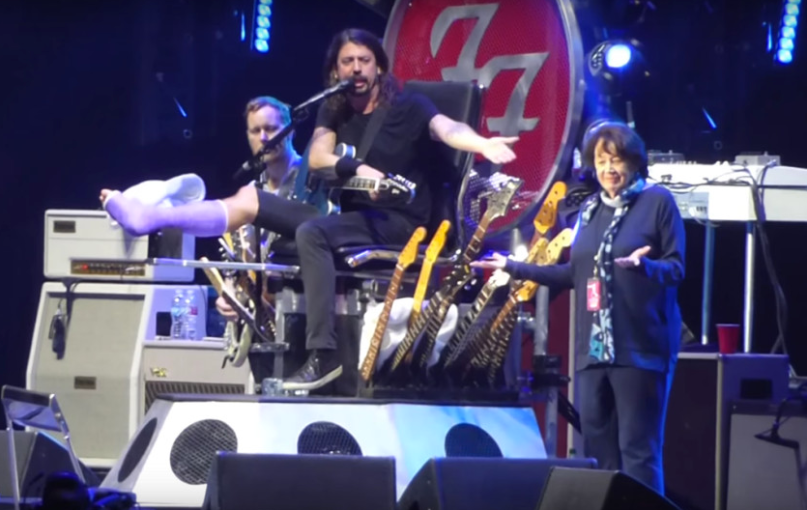 Dave Grohl’s mom is pretty awesome. I mean, she’d have to be, wouldn’t she? She raised a freakin’ Foo Fighter. Now, Virginia Hanlon Grohl is set to tell her story and the challenges that come along with raising a budding rock star in a new book entitled From Cradle to the Stage: Stories from the Mothers Who Rocked and Raised Rock Stars.

Grohl himself wrote the foreword for the book, which is due out April 25th, 2017 via Seal Press. Momma Grohl took two years researching the tome as she sought to find out how other mothers handle their famous offspring: “Were they as surprised as she was about their children’s fame? Did they worry about their children’s livelihood and wellbeing in an industry fraught with drugs and other dangers? Did they encourage their children’s passions despite the odds against success, or attempt to dissuade them from their grandiose dreams? Do they remind their kids to pack a warm coat when they go on tour?”

From Cradle to the Stage is available for pre-order now, and should ship just in time for Mother’s Day.