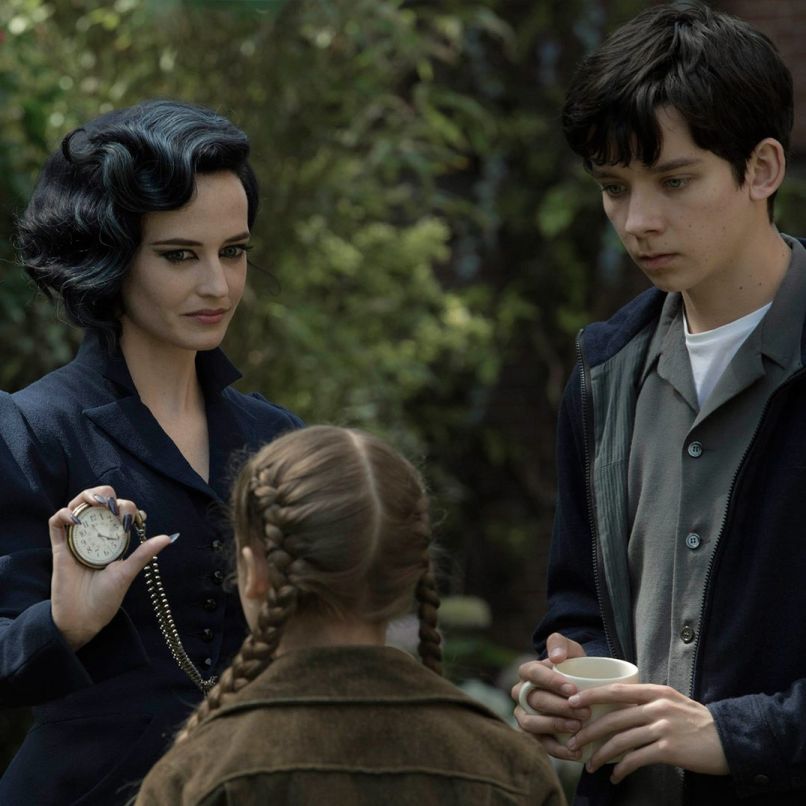 In one of several breathtaking visual sequences in Miss Peregrine’s Home for Peculiar Children, a young woman uses the air in her lungs to blow all the water from a fully submerged room. It’s a beautiful effect, a standout in a movie designed to dazzle. But that room and Tim Burton’s latest have something unfortunate in common: once you get past all the sound and fury, what you’re left with is basically emptiness.

When it comes to Miss Peregrine, there’s no shortage of news, both good and bad. The good: Tim Burton made a movie that doesn’t feel like an amusement park ride. Eva Green gives an archly fun performance. As stated above, it’s visually sumptuous, a heady blend of Burton’s usual broken-doll aesthetic and some seriously impressive visual effects. And most importantly, while long, it’s rarely boring.

The bad: It simply doesn’t add up to much. Loosely adapted from Ransom Riggs’ best-selling novel of the same name, Miss Peregrine’s Home for Peculiar Children follows Jake (Asa Butterfield), a young man whose grandfather raised him on impossible, if convincing, stories about monsters and children with extraordinary abilities. Now a teenager, Jake has outgrown the outlandish tales, and when his grandfather calls in a panic, he assumes it’s the dementia talking. Not so! The discovery of his grandfather’s mutilated body — murdered, it would seem, by the very monsters he described for years — sends Jake reeling: first to a therapist (Allison Janney), then to Wales with his father (Chris O’Dowd), then into a time loop where he finds his grandfather’s childhood friends, secreted away in the past he left behind by the titular guardian (Green).

It’s with the children, called peculiars, that we spend the bulk of the film, rendering the wildly talented adult cast — an A-list roster that includes Kim Dickens, Rupert Everett, Judi Dench, and Terence Stamp, in addition to O’Dowd and Janney — mostly useless. The actors playing the children aren’t put to much better use, as screenwriter Jane Goldman seems to largely assume that their peculiarities make up for a near-complete lack of personality or character development. To be fair to Goldman, Riggs’ books, while compelling reads, aren’t rich on character themselves. Still, Goldman knows a thing or two about blending character with concept, as she’s credited on both X-Men: Days of Future Past and X-Men: First Class. Those movies might not be high art, but at least they’ve got people in them.

(Read: What the Hell Happened to Tim Burton?)

It’s not just the people who feel soulless. Burton and Goldman have a goldmine in Riggs’ setup, which has these children living out the exact same day, year after year, for decades. We get hints, occasionally, of frustration or sadness — Emma (Ella Purnell) is wary of anyone who might escape their bubble, while Enoch (Finlay MacMillan) resents change of any sort —but for the most part, they simply exist so that Jake can find them. There’s no sense they’ve been this way for more than 70 years, no cost, no sense of loss, no fierce protectiveness or longing to escape. It’s just a time loop. No big deal.

The parallels to the war also lose what potency the book provided. So do the sequences seemingly designed to offer a scare or two, rendered as they are in Burton’s adorable-macabre style. No, nothing here seems designed to impact on a personal level, but instead, to dazzle the eye and the mind. Included in that category: Green and Samuel L. Jackson, who offer up performances so energized that they escape from the vat of oatmeal in which all the other actors are stuck. As the film’s villain, Jackson occasionally walks the line of camp, but that’s far from a complaint, as watching someone chew the scenery is always preferable to watching someone be the scenery. He has a worthy adversary in Green, whose performance packs the most, and perhaps only, humanity of the film.

Still, it’s the visual spectacle that’s the real star of the show, and it’s impressive indeed. While the gloss robs the film of some of what makes Riggs’ book such an intriguing curio —Riggs was inspired by odd vintage photographs, which appear peppered throughout the book and give the story a strange vibrancy — it makes up for that loss with staggering set-pieces and action sequences. Particularly striking is a final battle that forces the children to employ their peculiarities when fighting the monsters, a culmination that injects the movie with much-needed agency and even more sorely sought levity.

At the end of the day, there’s just not much here. Burton picked the perfect story for his aesthetic, to be sure, and he still knows how to take the air out of a room with an image. But Green and Jackson aside, there’s no trace of life. It’s just an empty fun house —no corners to turn, no surprises to uncover, nothing lurking in the corners or waiting to leap down from above. It’s just smoke, mirrors, and 3D glasses. Sit back, relax, and feel nothing about the show.