Film Review: The Lovers and the Despot

Did you hear the one about an actress, her estranged husband, and the dictator who kidnapped them? 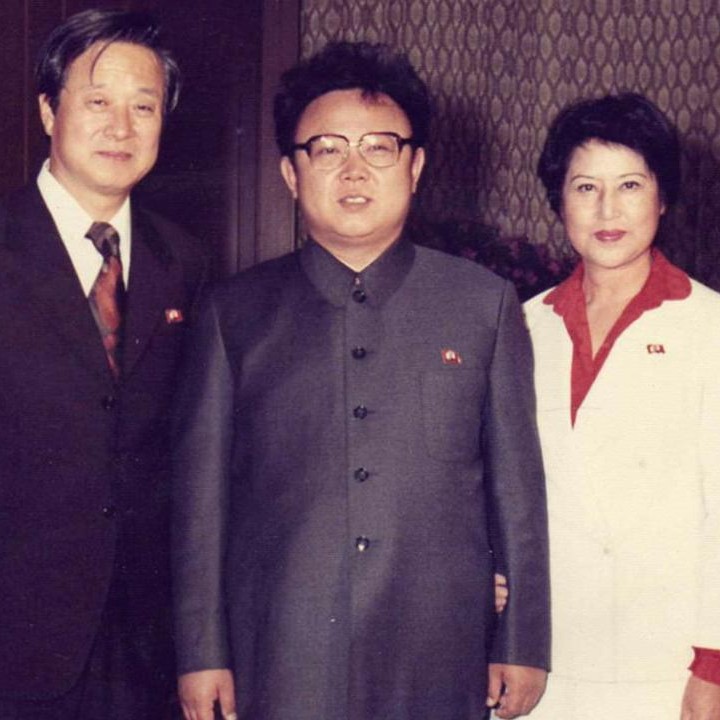 One of the great and most fearful truths about the modern state of North Korea is that in the grander scheme of things, all of us outside of it still know so little about what happens within its rigorously protected borders. For decades now there have been stories that emerged years after the events of which they tell, stories of torture and brainwashing and all manner of other cruelties perpetuated by the Kim dynasty. North Korea, by all accounts of those who’ve had the chance to escape it, is as much as anything an exercise in cultural re-education, a place where human beings are trained from birth until death that there is no decent world beyond the one they inhabit.

Its film industry has long been just one of its great many curiosities. Much like in the time of the Third Reich in Germany, so few films have escaped from North Korea over the years that Kim Jong-Il’s various endeavors into Western filmmaking have become items of intense cult curiosity. The Lovers and the Despot is a documentary chronicle of how a few of those films from the late ‘70s/early ‘80s came into being. And like one might expect of a film about a government that works heavily in shadows and deceptions, it’s a truly unbelievable tale of kidnapping, loves lost and found again, and a military dictator who sincerely imagined that he could become a great populist film producer in the world cinema community.

In 1978, the beloved South Korean actress Choi Eun-hee disappeared into thin air one morning while in Hong Kong. She went to meet a friend and suddenly vanished. Her estranged husband, Shin Sang-ok, was a venerated, prolific filmmaker in South Korea, and together they had made one successful film after the next until his tenacious, obsessive approach to filmmaking above all other aspects of life drove them apart. As Eun-hee puts it, “I missed him and hated him. That’s how humans are.” That friend, who unbeknownst to her was a North Korean agent, sold her out, assisting in her forcible abduction to North Korea at the request of Kim Jong-Il. Likewise, when a despondent Sang-ok set out to find her, he too disappeared.

The Lovers and the Despot walks through their years-long ordeal, from Sang-ok’s several years of psychologically abusive imprisonment to their eventual forays into forming a kind of North Korean national cinema together, with a detached eye that draws into question just how in the world any of this could have ever happened. But it did. Co-directors Ross Adam and Robert Cannan frame the film’s investigation as a tall tale as much as anything, mixing era-filtered re-enactments with archival footage, and perhaps most essential of all to the otherwise formally dry film’s success, candid tape recordings that Eun-hee was able to take in secret of their conversations with Kim Jong-Il. At the time, these recordings were among the first aural footage that existed of the leader, something that would eventually be of much interest to certain parties involved in trying to liberate Eun-hee and Sang-ok.

The deceased North Korean dictator is as much a part of the film as the central couple; he is at once its primary antagonist and a complicated figure whose oddly childlike vulnerabilities were allowed to emerge in his borderline geeky zeal for Hollywood filmmaking. Of course, he was also a horrifying despot who had a couple abducted for his own whims, but the film wisely recognizes that their situation was more complicated than a simple struggle between good and evil. Particularly for Sang-ok, whose attempt at a prison escape early in his time in North Korea resulted in a sustained campaign of abuse, the idea of getting away was at once omnipresent and rife with terror about the unspoken question of what would happen if he didn’t succeed on the next try. Plus, on a much simpler level, North Korea gave him both a boundless production budget and a frankly shocking level of creative freedom to make the films that had driven him to severe debt in his homeland. (He would make 17 films there in just over two years.)

At times, The Lovers and the Despot verges on the surreal; were a mockumentary made of this same topic, it would seem reasonably plausible as an impossible tale of conspiracy. But it all happened. While Sang-ok passed away in 2006, Eun-hee remains to tell their story, and the clear immediacy of the incident, even decades later, is evident in her testimony. What happened to them in North Korea, and what they came to know about the way in which the country works and is maintained, is truly unbelievable despite the total veracity of it all. And as both an utterly mad true story and as a document of the boundless reach of the cinema across borders and cultures and even ideologies, The Lovers and the Despot is wild, valuable viewing for all.