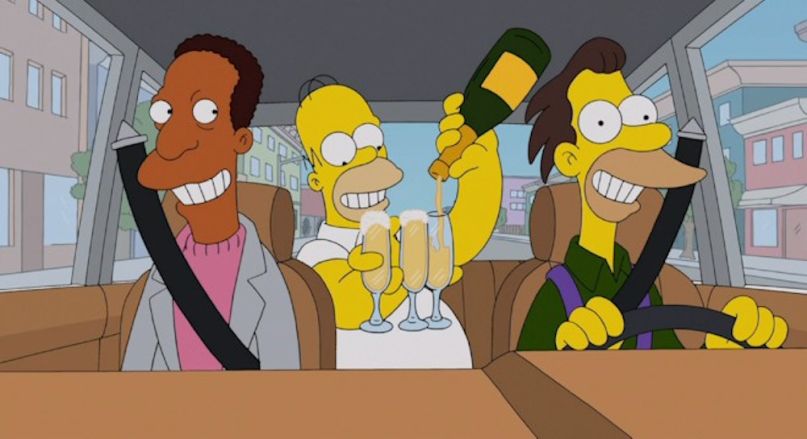 This Thanksgiving, you’ll be able to wash down your grandma’s homemade mashed potatoes with more than just a six-pack of Duff beer: FXX will air every. single. episode. of The Simpsons beginning November 24th, aka Turkey Day. Woohoo!

The TV marathon will feature 600 episodes, including those airing as part of the show’s upcoming season, spaced out over the course of nearly two consecutive weeks until December 6th. According to the network, the Simpsons extravaganza will be the longest-running marathon of its kind in TV history; Homer and the rest of Springfield previously set a record in 2014 when FXX presented a similar 552-episode run.

(Read: List ‘Em Carefully: The Top 10 Songs from The Simpsons)

Season 28 of the animated series premieres this Sunday, September 25th. Amy Schumer is set to make a cameo; the episode is also expected to feature an opening couch gag inspired by hit Cartoon Network show Adventure Time, which can be seen below.