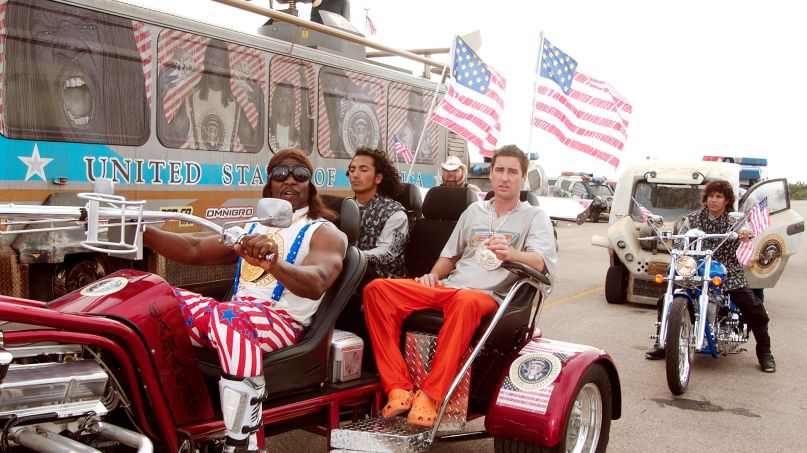 People have been claiming that Mike Judge’s cult classic Idiocracy was coming true since about 15 minutes after the DVD made its way to video rental stores (remember those?). But the constant din of, “This thing happening that I don’t like means the whole world is going dumb” gained a bit more weight once reality TV star Donald Trump became the Republican nominee for president. As scary a fact as that is, it makes now the perfect time to revisit Judge’s satire-cum-omen.

(Read: Welcome to Costco, I Love You: Idiocracy 10 Years Later)

Just in time for this unhinged election season, President Dwayne Elizondo Mountain Dew Herbert Camacho and his adviser Not Sure are making their way back into the theaters. Much-beloved theater chain Alamo Drafthouse has teamed up with Art House Convergence Theaters and the League of Women Voters to present 10th anniversary screenings of Idiocracy throughout the U.S.

The screenings go down on October 4th, with the stars of the film and Mike Judge having a post-film conversation at Santa Monica’s Aero Theatre. For those who can’t make that specific screening, the convo will also be streamed on Facebook Live. Details on participating theaters and tickets can be found here.

Watch the trailer for Idiocracy below.