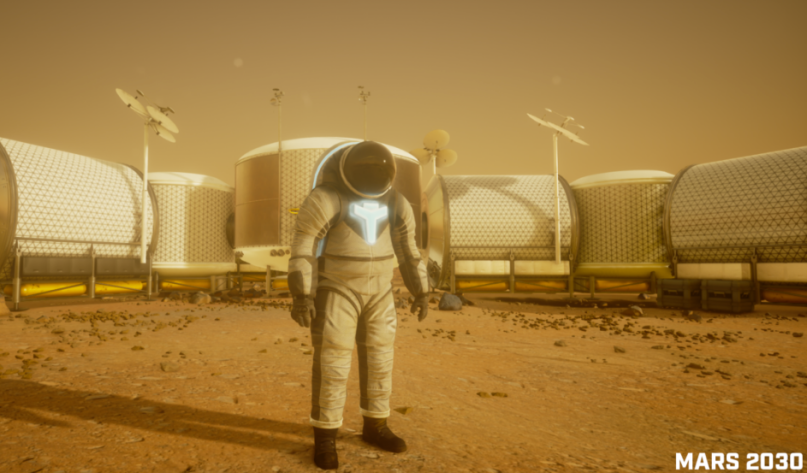 III Points Festival in Miami has always been about three things: music, art and technology. With installations; art displays; and a lineup that includes LCD Soundsystem, M83, Thievery Corporation, Flying Lotus, Method Man & Redman, Thee Oh Sees, and more, the festival certainly has all three aspects on lock this year. However, nothing has ever represented iii Point’s mission statement as completely as the latest addition to the 2016 event.

In a partnership with FUSION, III Points will bring festival attendees to the red planet in the new virtual reality production Mars 2030. Designed by FUSION’s Virtual Reality Developer, Julian Reyes, and based on comprehensive research as well as a Space Act Partnership with NASA, Mars 2030 users will experience what it will be like for the first astronauts to visit Mars. The project will be making its grand debut at the festival this year.

Not only will the production provide “an immersive, interactive walkthrough of the habitat,” but it will be a multi-sensory experience. As you roam about Mars, you’ll listen to an original soundtrack called Hope as performed by the London Symphony Orchestra conducted by eight-time Grammy winner Julio Reyes. That musical element alongside the digital art and technological wonder of Mars 2030 is what makes it such a perfect encapsulation of all III Points stands for.

“We are thrilled to showcase FUSION’s Mars 2030 at III Points, enabling people to interact with this innovative experience at a festival that has been breaking boundaries since its inception,” said Daniel Eilemberg, Co-President and Chief Content Officer for FUSION. “We have been eager to find a way to work with the III Points team since our launch nearly three years ago and what better way to collaborate than transporting audiences to another planet.”

Tickets to III Points are still on-sale here, so make sure to grab yours if you want to witness an incredible lineup and a completely unique journey to a distant world. Watch a preview video and see more images from Mars 2030 below.

Full disclosure: Consequence of Sound is a media partner of iii Points.