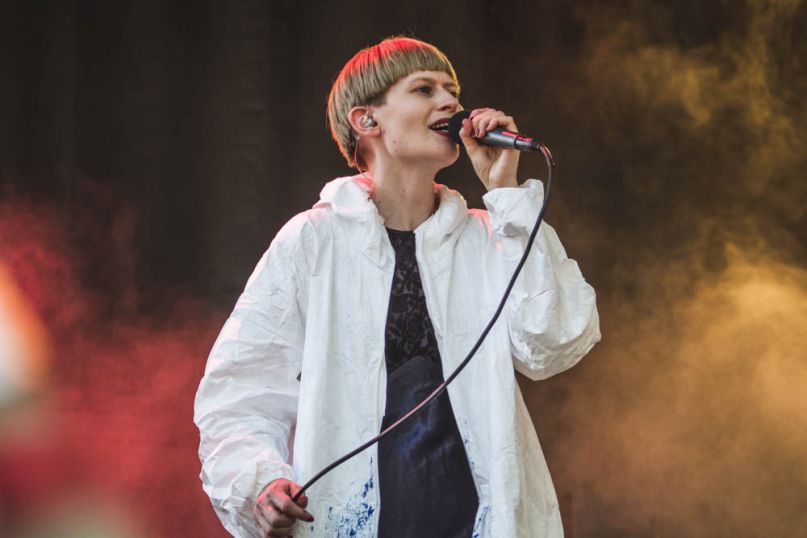 Jenny Hval tackles the sanguine on her much-anticipated new album, Blood Bitch, due out later this month via Sacred Bones. But her focus is much more than just metaphorical; she’s quite literally launching “an investigation of blood. Blood that is shed naturally.”

“The purest and most powerful, yet most trivial, and most terrifying blood: Menstruation,” she expounded in a press release. “The white and red toilet roll chain which ties together the virgins, the whores, the mothers, the witches, the dreamers, and the lovers.”

Hval, whose live show recently impressed festival audiences at both OFF and End of the Road, has previewed the LP with a pair of songs in “Female Vampire” and one of July’s best, “Conceptual Romance”. She’s back this week with a cut called “Period Piece”.

Don’t be fooled by the pun in the title — the arrangements of “Period Piece” are firmly set in the future, with the menstrual cycle as its guiding light. “But all I feel is connected,” Hval flutters, her voice surrounded by layers of stuttering percussion, an ominous bassline, and what sounds like a choir. She’s reflecting on the way in which the act of bloodshed is in itself a connective tissue of sorts, linking her to others before and after her.

Blood Bitch is out September 30th. “Period Piece” also serves as the latest installment in this year’s Adult Swim’s Singles Series, following submissions from Against Me! (“Haunting, Haunted, Haunts”), Protomartyr (“Born to be Wine”), and Vince Staples (“’06”).

Hval will be touring Europe and North America for the next couple of months. Find her itinerary below.