The alt-metal legends' sophomore LP continues to reward our obsessiveness 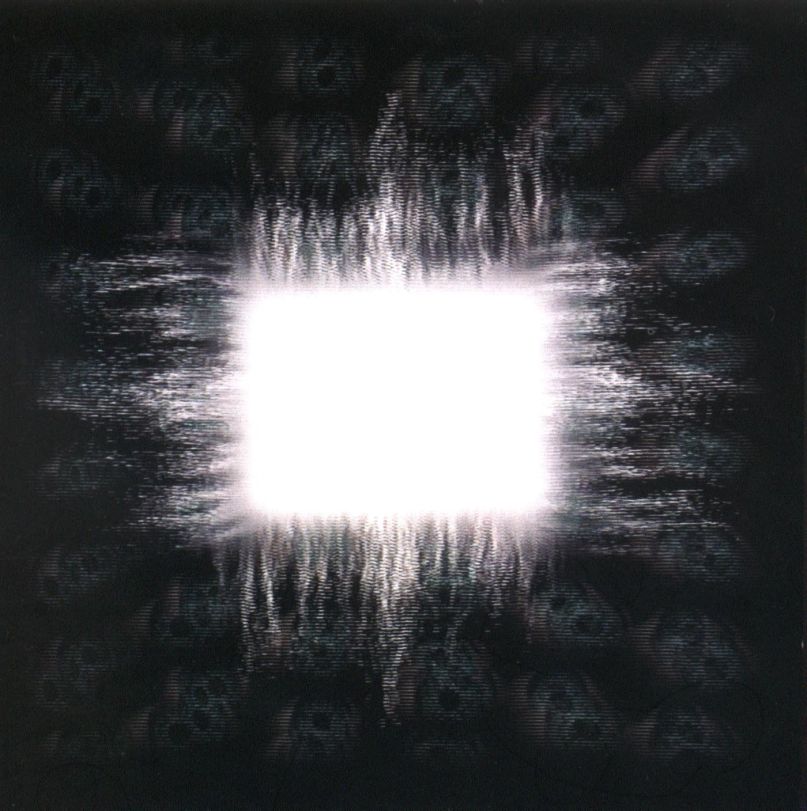 Dusting ‘Em Off is a rotating, free-form feature that revisits a classic album, film, or moment in pop-culture history. This week, Wren Graves celebrates 20 years of Tool’s classic head-scratcher.

Many musicians have been influenced by books, but there seems to be something especially literary about the genres of hard rock and metal. This goes double for horror and fantasy fiction: Led Zeppelin meditated on The Lord of the Rings, Black Sabbath wailed about “The Wizard”, and Metallica thrashed to the monster Cthulu. Others have drawn imagery out of The Bible, Norse mythology, or the bloodier epochs of European history. For their second album, Tool drew on the writings of Carl Jung, Freud’s most brilliant disciple, who gave us the language of introverts and extroverts, the idea of a consciously constructed persona, and the Jungian archetypes, of which the anima is but one. Of course, the title of Tool’s second album isn’t Anima, and that’s very important. I can’t think of a better introduction to this notoriously dense band than that word Ænima; lyrically, musically, and especially in the title, the album covers all of the ground between meditations on the nature of consciousness and jokes about poop.

This decision to walk two roads, high and low, helped Tool stand out among the crowded field of crunchy guitars in the early ’90s. In 1991, Nirvana and Metallica had unleashed a new kind of aggressive storytelling on the Billboard charts, with Nevermind and Metallica (aka the Black Album) each becoming the number one album in the country for a time. Audiences seemed thirsty for edgy music, and businessmen were anxious to cash in. In 1988, for example, the first Hot Topic opened. Founder Orv Madden discovered that the parents of punks, goths, and skater-kids had money just as green as anyone’s, and by the mid-’90s, his retail chain was as much a part of mall culture as doughy food.

Record companies gobbled up new artists, trying to meet the exploding demand for hard rock. This frenzy gave rise to the most maligned musical movement of recent memory, nu metal. But when purists raged against the introduction of hip-hop into hard rock, they missed the broader story. The same environment that allowed for the rap-rock stylings of Korn and Limp Bizkit allowed for other, stranger innovations. Heavy music was undergoing a creative revolution.

The figurines in the band’s striking music video for “Sober” were designed by guitarist Adam Jones, who would go on to direct several of Tool’s music videos. And on “Sober”, the only single off of Tool’s first full-length album, Undertow, it is Jones’ ringing guitars that announce the band as masters of atmosphere. Danny Carey’s skittering drums pound like an irregular heartbeat, and the verses are interesting in a quiet sort of way. But a first-time listener is unlikely to perk up until the chorus, when Maynard James Keenan wails out the words, “Why can’t we not be sober?” The double negative is classic Keenan, saying exactly what he means in a way that leaves the listener in doubt. But putting aside the lyrics for a moment: Wow. That is a special voice.

Undertow peaked as the 50th best-selling album in the country, and while it has gone on to sell nearly three million copies, it was not exactly a hit at the time. The Tool fanbase was built slowly, spurred on by legendary live shows at Lollapalooza, a new invention (more on that later), and, of course, Ænema.

The album begins by crossing a boundary. “Finger deep inside the borderline,” Keenan coos, but before long it’s “Knuckle deep,” then fist, elbow, shoulder. After all, “Boredom is not a burden anyone should bear.” The lyrics are vague. It could be about anything that leaves you screaming, “I don’t want it!/ I just need it!” and so the title of the song, “Stinkfist”, serves to direct the audience’s attention. The narrator comes closer to understanding himself by going deeper inside of a woman. And we can’t go any farther, I’m afraid, without talking about Carl Jung.

Carl Jung thought of himself as a man of science, but his obsession with symbols, and his dabbling in philosophy and the occult, lend his writings a whiff of the mystical. He rejected the view that humans are born with a tabula rasa, or blank slate; rather, Jung believed that humans arrive with certain archetypal ideas already planted in our brains. Some are figures: the trickster, the father, the great mother, the child, the wise old man or woman, the shadow. Others are events: the creation, the great flood, the apocalypse. But here we are concerned with the anima and animus: our primordial understanding of the opposite sex.

The anima is man’s biological expectation of women, as well as his feminine possibilities or tendencies. The animus is a woman’s inner understanding of the masculine. These archetypes could be buried deep inside a person’s subconscious, or they could dominate conscious behavior. It doesn’t matter. The key process for Jung is individuation: when all of the archetypes are integrated into a well-functioning whole. In other words, in order for you to be healthy, you must reckon with both your gender and its opposite.

If you wish, you can view Ænema through a strict Jungian lens, and I doubt you’ll be disappointed. The whole album is chock-full of signs, symbols, and Easter eggs. Enemas become symbols of male penetration, “Stinkfist” becomes a metaphor about a man trying to understand women from the inside, and don’t even get me started about the Jungian interpretation of “Hooker with a Penis”.

The thing is, this kind of analysis never ends. Any word or phrase can be dissected for a deeper truth, and a devoted fan could find all sorts of meanings that had never occurred to the artist. “Hooker with a Penis” is definitely about selling out. It is probably about how we are all “The Man”, although now things are starting to get fuzzy; and whether it is also a comment on manhood or masculinity depends entirely on you and whether you decide to think of it that way.

These layers of unclear meaning, combined with the intentionally unclear lyrics, mean that there is a lot of room for fans to argue. And these arguments were key to the spread of Tool’s music. Arguments about bands aren’t new, of course; but they had previously involved no more than a handful of people. That started to change in the early ’90’s when the primordial internet began to look more like it does today.

After teens and young adults had begun to use the web to find music, but before the media thought to move online, the best way to discover new bands were message boards of like-minded fans. (Message boards were like the Jungian archetype for Facebook.)

I can’t speak for the whole world wide web, but as for the message boards that I personally visited, Tool dominated the conversation. When I was in middle school, I went searching for creepy stories about Marilyn Manson, and where I found Manson fans, I also found a lot of people talking about Tool. It was a heady mix of rumors, gossip, and outright lies. They poured over lyrics as if they were the Dead Sea Scrolls, arguing about the real-life identity of Harry Manback and the corpse in “Eulogy”. It makes sense: People who sought out hard rock message boards were, by definition, a little obsessive, and Tool is a band that rewards obsessives. I haven’t listened to Marilyn Manson in years.

There are 15 tracks on Ænema, and five of them are interludes: “Useful Idiot”; “Message to Harry Manback”; “Intermission”; “Die Eier von Satan”; and “Cesaro Summability”. None of them are particularly compelling on their own, but within the album they serve an important purpose as a palate cleanser. These little snatches of auditory interest are a chance for the ear to rest so that the guitars don’t all run together and each song can be heard clearly. We are treated to record scratchings and the sound of seagulls, as well as two threatening rants. “Message to Harry Manback” is apparently in reference to a house guest of Keenan’s who ate all the food and tied up the telephone. After Keenan kicked him out, so the story goes, the disgruntled house guest left a threatening voicemail on Keenan’s phone. This is another lens through which to study Tool — the biographical lens. Maynard James Keenan is a bit reclusive, but there are enough anecdotes floating around so that every song can be ‘illuminated’ by a true story from his life.

For his part, Keenan likes to encourage speculation without being so clear as to quash it entirely. In a performance at the Electric Factory at Philadelphia, Keenan is said to have explained the song “H.” with a reference to the cartoon cliche about an angel on one shoulder and a devil on the other, offering good and bad advice. On other occasions, he is reported to have talked about his son, whose middle initial is the letter ‘H’.

I couldn’t find a primary source for either of those anecdotes, so they may not have happened. But even if they’re true — even if the song is about his son, or trying to deal with good and bad advice — what does that have to do with lyrics like, “Days away I still feel you/ Touching me, changing me/ Considerately killing me?” You could meditate on what this line says about the true-life father-son relationship, but you might very well come up with a pile of bullshit. Like the Jungian lens, the biographical lens could be applied to every song, but it is only as interesting as you, the listener, find it to be.

The interlude features a malicious German speaker over an ominous, industrial background. The cheers of a crowd invoke fascism and Nazis. But translated, the words are nothing more than a cookie recipe, complete with baking instructions. “The Eggs of Satan” is a double pun, first on the American hors d’oeuvres deviled eggs and secondly on the German slang for testicles, so that it might be read as “Satan’s Balls”. “Die Eir Von Satan”, then, is Tool’s idea of a joke. At the time, and even today, jokes are rare in hard rock and heavy metal; musicians tend to be self-serious or fun in a campy way. Tool’s sense of humor is bone dry.

What does “Die Eir Von Satan” have to with animas, enemas, Keenan’s personal life, or anything at all? Nothing, of course. It’s a parody of metal music — the idea that fans will listen to anything as long as it sounds cool. Or maybe that’s overthinking things; maybe it’s just a joke, an interlude, a mental Q-Tip for in-between songs. With Ænema, Tool created an album that explicitly invites analysis while also including tracks that defy explanation. An expert on Carl Jung can’t tell you what it means; Maynard James Keenan’s biographer couldn’t either. You, the listener, have to decide for yourself what it means, and when you do so, you help make the album. Ultimately, this is the mark of a great band: The listener becomes the final collaborator. There isn’t a singular Ænema, fixed eternally in time and space. The album is created fresh every time we press ‘play.’